Obama’s Peeing on Our Legs and Telling Us It’s Raining: Blames Others For Syrian Red Line 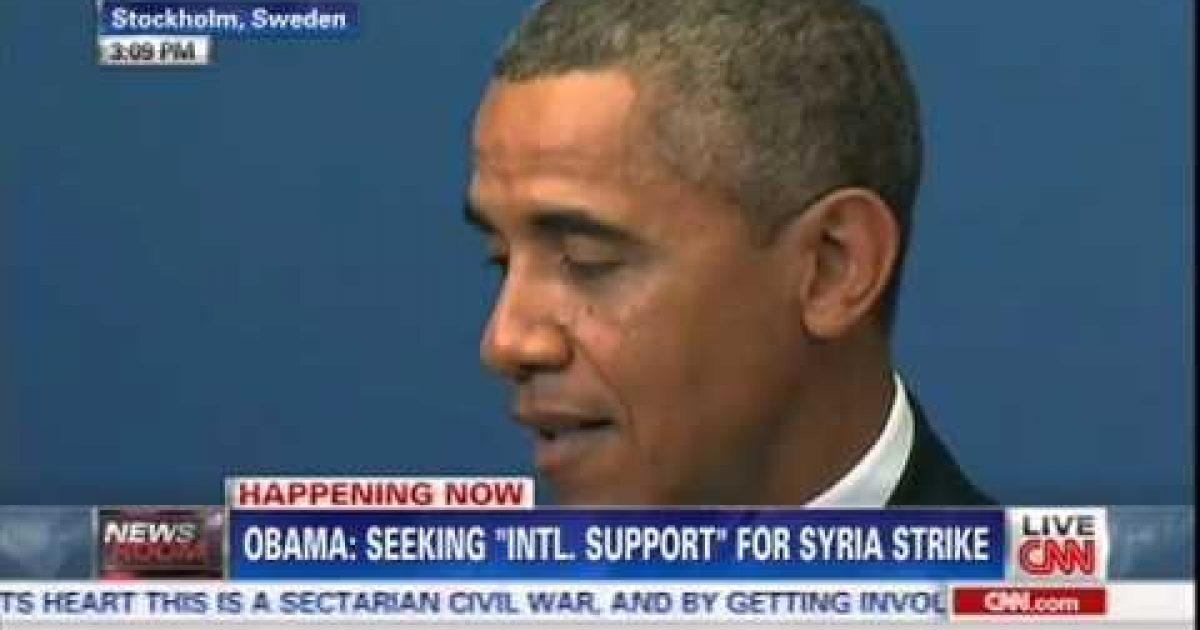 Facebook Twitter Flipboard
At a news conference today, President Obama blamed Congress and then the world for setting the red line that got us into this mess in Syria.

Does the President really think American’s are that stupid (OK they did vote for him twice but besides that). Let’s Look at the record:

Let’s Start with his August 20, 2012 presser when he said among other things, “We have communicated in no uncertain terms with every player in the region that that’s a red line for us and that there would be enormous consequences if we start seeing movement on the chemical weapons front or the use of chemical weapons. That would change my calculations significantly.”

Now that didn’t seem like he was picking up the cue from somebody else.

In April of this  year Press Secretary Jay Carny was asked about the red line:

Now if Carney’s statement was in error it would have been corrected, but a few weeks later,In May 2013 Jay Carney was asked  if the President really meant it when he said chemical weapons were a red line..Carny was as definitive as he ever gets when he answered “The President’s use of the term red line was deliberate and was based on U.S. policy. Notice he didn’t say congressional policy or world policy. Later in the same briefing Carny said “Well, what the President made clear is that it was a red line and that it was unacceptable and that it would change his calculus as he viewed the situation in Syria because the use of chemical weapons represents the kind of escalation and threat that I just described.”

There are plenty more examples but this president, as he has done since he arrived on the National Stage is lying to the people.  In the case of Syria, to paraphrase the great legal scholar Judge Judy, Obama is peeing on our legs and telling us its raining. The question is, will the mainstream media let him get away with it?