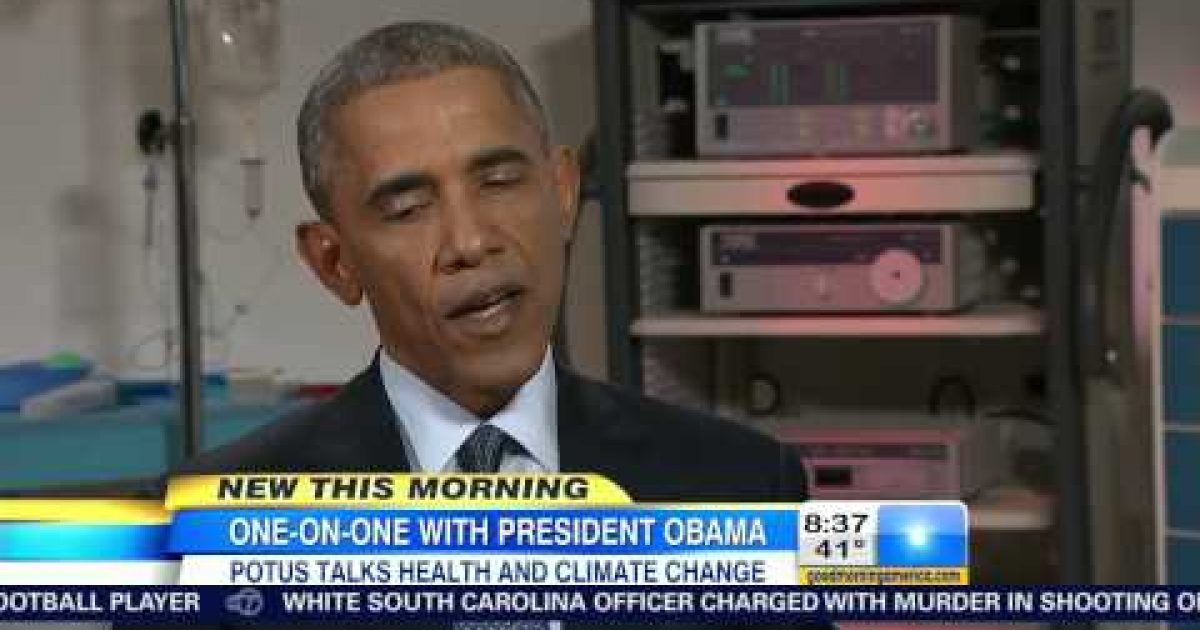 All he had to say is “what are you kidding?” But President Obama didn’t Object when Dr. Richard Besser suggested Malia Obama’s Asthma was caused by global warming. Actually he went with it and did his best to tie climate change to the affliction.

As he did during the 2012 campaign President Obama talked about the fear for his Daughter because of her Asthma which is understandable. But he shed the fear and used his daughter’s asthma as a political pawn

Well you know Malia had asthma when she was 4 and because we had good health insurance, we were able to knock it out early….” the president told ABC News’ chief health and medical editor, Dr. Richard Besser, in a one-on-one interview yesterday. “And if we can make sure that our responses to the environment are reducing those incidents, that’s something that I think every parent would wish for…”

Besser, who met with the president yesterday at Howard University’s Health Sciences Simulation Lab, asked the president why people should care about the impact of climate change on public health when there are so many other pressing health problems.

“Keep in mind that climate change is just one more example of how the environment will cause health problems, and I think most people understand that,” the president responded.

Perhaps the President, an ex-smoker should read what the CDC says about second hand smoke:

If you have asthma, an asthma attack can occur when something irritates your airways and “triggers” an attack. Your triggers might be different from other people’s triggers.Tobacco smoke is one of the most common asthma triggers. Tobacco smoke—including secondhand smoke—is unhealthy for everyone, especially people with asthma..If you have asthma, it’s important that you avoid exposure to secondhand smoke.

Sorry Mr. President but perhaps you should look in the mirror when discussing your daughter’s asthma.

If You Are In The Market For A Good .44 Magnum…Then Check These Babies Out
Great American Outdoors
Unvaccinated Students Corralled into Separate Pen at LA High School
Flag And Cross