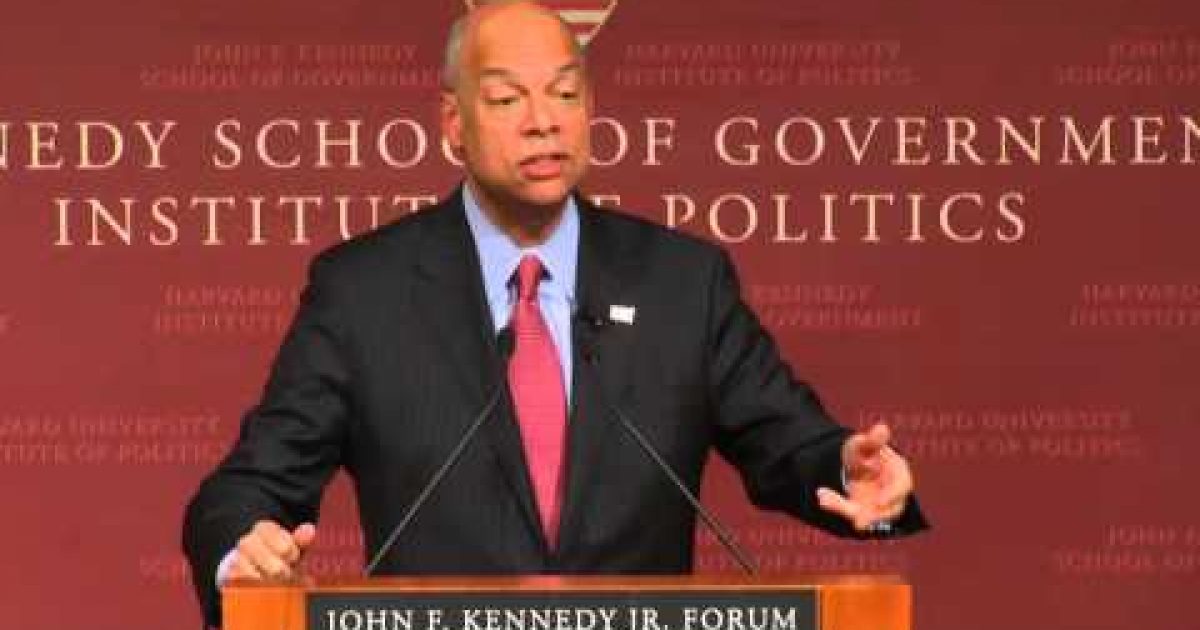 Um. No, they’re not. You know how I know they’re not? Because you said the word “undocumented”…

Here’s what Obama’s Secretary of Homeland Security had to say about the crushing tide of illegal immigrants in our nation and what he’s doing about it. (Emphasis mine.)

“Immigration policy must be two sides of the same coin. On the one hand, we want to reckon with, acknowledge the estimated 11 million undocumented in this country. More than half of the undocumented population of this country has been here for more than 10 years. And millions of them have in effect become integrated members of society, they go to school with us, they have driver’s licenses, they have kids who are U.S. citizens, they have kids who are lawful permanent residents. The California Supreme Court says that an undocumented person has a right to practice law in the state of California. So they are not going away. So do we insist that they live in a state of ambiguity, or do we reckon with this population and give them the opportunity to get on the books and be accountable?

While the number of deportations in the last several years have gone down dramatically, because I’ve told our immigration enforcement personnel to focus on the convicted criminals, we have a border security obligation to return people after they’ve gone through the process, gone through the litigation process, they’ve litigated their asylum claims, and they have been ordered deported by a court, and if they are our priorities we have to send them back.

There are so many conflicting thoughts here, it’s hard to know where to even begin.

Let me just quickly hit on two things.
First, simply because a law-breaker is able to ‘fit in’ with society around him does not mean that his lawlessness should go unpunished. If I rob a store, or beat my neighbor and am able to escape and live a normal life for a few days, weeks or months (or even years) does that mean when the law finally catches up with me I should be given a free pass? Of course not! This makes no logical sense, and I wonder if Johnson realized the stupidity of his statement even as he was making it? Secondly, having children who are legal citizens should be meaningless in this equation. I don’t think the government should be about the business of expelling these legal children, but they can offer the families a chance to be together by saying the children are free to return to your nation of origin with you. Why do liberals believe that deportation of illegals automatically assumes you are breaking up a family? That is only the case if the family chooses to go that route.

Lastly, I literally guffawed when I heard Johnson utter this sentence. “But as long as we have the obligation to enforce the law, we must enforce the law.” If Johnson actually believed this to be true, then would he not also believe that he should be about the business of deporting all illegal aliens? This last paragraph is simply thrown in to his speech in an effort to placate conservatives who would of course be incensed by the rest of his commentary.

Neither Jeb Johnson, or Barack Obama, or anyone else in the Obama administration, cares a wit about “enforcing the law.” They only care about advancing their liberal fascist agenda and expanding the power of the state, while destroying the rights of the American people.