Obama Was Warned About Russian Interference In 2014, Did Nothing 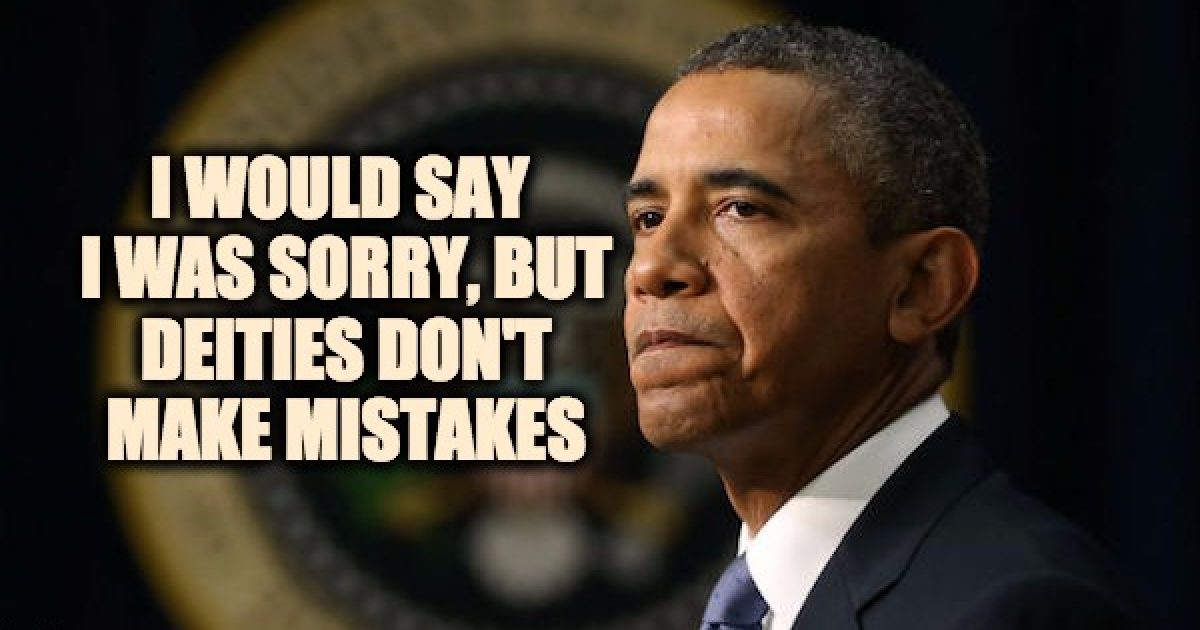 A shocking report from Politico reveals that the Obama administration received several warnings that Russia was building up their “its intelligence operations and building disinformation networks” for the purpose of disrupting U.S. elections from 2014-2016, but did nothing to address the threat.

As early as 2014, the administration received a report that quoted a well-connected Russian source as saying that the Kremlin was building a disinformation arm that could be used to interfere in Western democracies. The report, according to an official familiar with it, included a quote from the Russian source telling U.S. officials in Moscow, “You have no idea how extensive these networks are in Europe … and in the U.S., Russia has penetrated media organizations, lobbying firms, political parties, governments and militaries in all of these places.”

As part of the evaluation of what Russia was up to in Ukraine in the spring of 2014, the warning and related reports were sent to the NSC, the State Department and other intelligence agencies.

That report was circulated among the National Security Council, intelligence agencies and the State Department via secure email and cable in the spring of 2014 as part of a larger assessment of Russian intentions in Ukraine, the official said. At the time the Obama team did not believe Putin could pull it off.

This became the perfect opportunity to find something to blame for their surprising loss in the 2016 election. Despite the fact that the word of Russia’s intention was exposed to the Obama team well before President Trump entered the election, it became very convenient to blame their precious Hillary’s loss on Russia.

Former White House officials, requesting anonymity to discuss intelligence reporting, confirmed that the administration began receiving increased traffic in 2014 about Russian disinformation and covert influence in campaigns, but said they did not recall receiving that specific warning about Russian inroads in the United States.

On Oct. 7, 2016, about a month before the election, the administration revealed, through a statement from the director of national intelligence and the Department of Homeland Security, that the U.S. government believed Russia was behind the hacks and was seeking to interfere with the election. The revelation, which many in the White House expected to be bombshell news, was largely overshadowed by the revelation that same day of an “Access Hollywood” tape in which Donald Trump made crude and sexist comments to anchor Billy Bush.

Despite their revelation, the administration did absolutely nothing till after the election because (according to the former national security officials who spoke to Politico) “either the White House or key agencies were unwilling to act forcefully to counter the Russian actions.”

Gee, are they suggesting that former President Obama was in the pockets of Putin? After all, there were quiet moves the administration could have made against the Russians that wouldn’t have become an issue in the election. According to one frustrated official, “The options were being discussed. They weren’t being implemented,” the former official added.”

At least at the beginning of the issue (2014-2015), it is possible that Obama didn’t want to upset Russia because they were one of the key players in the very flawed P5+1 nuclear deal which he pushed through to give him a foreign policy legacy. But after the lousy Iran deal was settled it is more likely that Obama prevented a response based on the fact that his spine is made from Jell-O or he couldn’t figure out a way to blame it on Israel. After the election, he had no choice but to respond.