Obama Wants To Access Your Internet Records WITHOUT Court Order

By adding four little words, President Obama will be able to get around the First Amendment, and he is doing his best to get those four words added. The words are “electronic communication transactional records” and the President wants them added to a list of items that the law says the FBI may demand without a judge’s approval. The purpose of the addition is to make it easier for the FBI to make companies to turn over records of an individual’s Internet activity without a court order if agents deem the information relevant to a terrorism or intelligence investigation.

The words agents deem is what is frightening. It is the FBI agents, or more specifically the FBI’s boss Attorney General and Stedman Graham look-alike Eric Holder along with the President deciding who is relevant to a terrorism or intelligence investigation. We are talking about the same administration who’s Department of Homeland Security declared that returning soldiers, pro-life advocates, and right-wing bloggers should be watched as potential terrorists.

Government lawyers say this category of information includes the addresses to which an Internet user sends e-mail; the times and dates e-mail was sent and received; and possibly a user’s browser history. It does not include, the lawyers hasten to point out, the “content” of e-mail or other Internet communication.

But what officials portray as a technical clarification designed to remedy a legal ambiguity strikes industry lawyers and privacy advocates as an expansion of the power the government wields through so-called national security letters. These missives, which can be issued by an FBI field office on its own authority, require the recipient to provide the requested information and to keep the request secret. They are the mechanism the government would use to obtain the electronic records.

Stewart A. Baker, a former senior Bush administration Homeland Security official, said the proposed change would broaden the bureau’s authority. “It’ll be faster and easier to get the data,” said Baker, who practices national security and surveillance law. “And for some Internet providers, it’ll mean giving a lot more information to the FBI in response to an NSL.”

And we are OK with that?

Many Internet service providers have resisted the government’s demands to turn over electronic records, arguing that surveillance law as written does not allow them to do so, industry lawyers say. One senior administration government official, who would discuss the proposed change only on condition of anonymity, countered that “most” Internet or e-mail providers do turn over such data.

To critics, the move is another example of an administration retreating from campaign pledges to enhance civil liberties in relation to national security. The proposal is “incredibly bold, given the amount of electronic data the government is already getting,” said Michelle Richardson, American Civil Liberties Union legislative counsel.

OMG I agree with the ACLU?  What’s wrong with getting a search warrant?

The critics say its effect would be to greatly expand the amount and type of personal data the government can obtain without a court order. “You’re bringing a big category of data — records reflecting who someone is communicating with in the digital world, Web browsing history and potentially location information — outside of judicial review,” said Michael Sussmann, a Justice Department lawyer under President Bill Clinton who now represents Internet and other firms. Privacy concerns

One issue with both the proposal and the current law is that the phrase “electronic communication transactional records” is not defined anywhere in statute. “Our biggest concern is that an expanded NSL power might be used to obtain Internet search queries and Web histories detailing every Web site visited and every file downloaded,” said Kevin Bankston, a senior staff attorney with the Electronic Frontier Foundation, which has sued AT&T for assisting the Bush administration’s warrantless surveillance program.

He said he does not object to the government obtaining access to electronic records, provided it has a judge’s approval.

…..Obtaining such records with an NSL, as opposed to a court order, “allows us to intercede in plots earlier than we would if our hands were tied and we were unable to get this data in a way that was quick and efficient,” the senior administration official said.

But the value of such data is the reason a court should approve its disclosure, said Greg Nojeim, senior counsel at the Center for Democracy and Technology. “It’s much more sensitive than the other information, like name, address and telephone number, that the FBI gets with national security letters,” he said. “It shows associational information protected by the First Amendment and is much less public than things like where you live.”

“Barack Obama opposed the Bush Administration’s initial policy on warrantless wiretaps because it crossed the line between protecting our national security and eroding the civil liberties of American citizens. As president, Obama would update the Foreign Intelligence Surveillance Act to provide greater oversight and accountability to the congressional intelligence committees to prevent future threats to the rule of law.”

So warrant-less wiretaps are bad, but looking at who your facebook friends are absolutely fine. 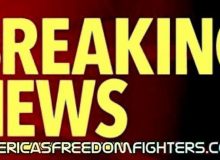