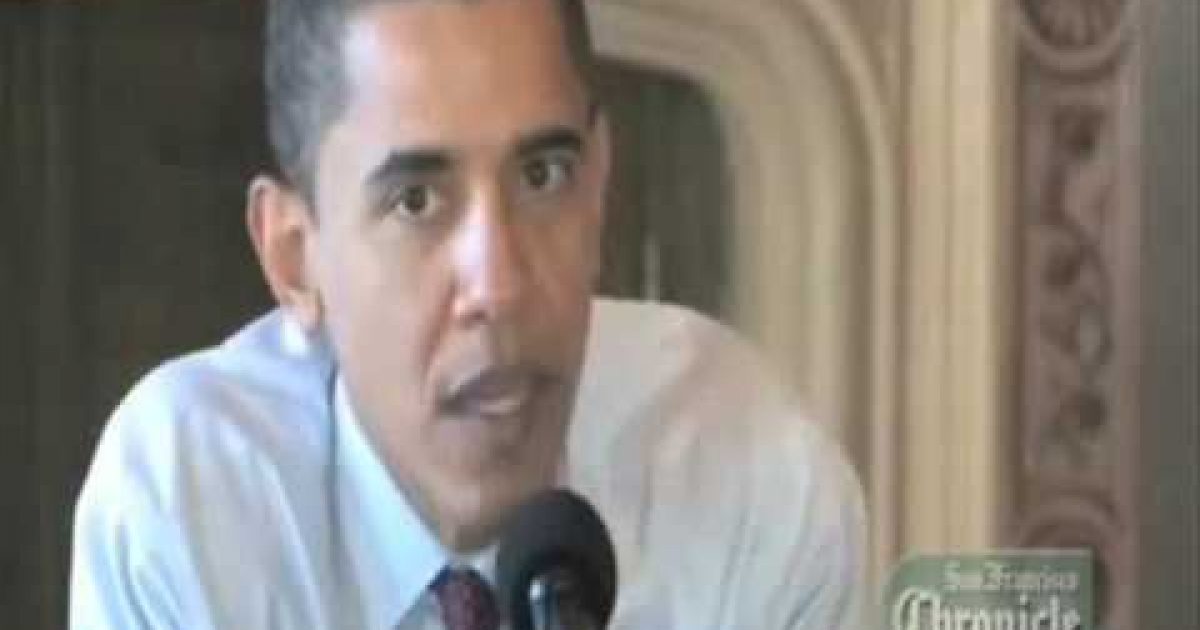 In a move that will most slow down an already slow economy, possibly even into another recession, on Monday President Obama will announce a plan to bypass Congress and cut carbon emissions from the nation’s coal-fired power plants by up to 20 percent, via executive fiat.

Cutting carbon emissions by 20 percent — a substantial amount — would be the most important step in the administration’s pledged goal to reduce pollution over the next six years and could eventually shut down hundreds of coal-fired power plants across the country. The regulation would have far more impact on the environment than the Keystone pipeline, which many administration officials consider a political sideshow, and is certain to be met with opposition from Republicans who say that Mr. Obama will be using his executive authority as a back door to force through an inflammatory cap-and-trade policy he could not get through Congress.

People familiar with the rule say that it will set a national limit on carbon pollution from coal plants, but that it will allow each state to come up with its own plan to cut emissions based on a menu of options that include adding wind and solar power, energy-efficiency technology and creating or joining state cap-and-trade programs. Cap-and-trade programs are effectively carbon taxes that place a limit on carbon pollution and create markets for buying and selling government-issued pollution permits.

The United States is home to the largest estimated recoverable reserves of coal in the world. Coal is produced in 25 states spread across three major coal-producing regions. In 2012, approximately 70% of production originated in five states: Wyoming, West Virginia, Kentucky, Pennsylvania, and Illinois. We have around 1,400 coal-fired electricity generating units in operation at almost 600 plants across the country. Together, these power plants generate 37% of the total net electricity produced in the United States and consume more than 800 million short tons of coal.

According to a report issued by the U.S. Chamber of Commerce, the President’s regulations will have negatively affect the economy.  The report found that by 2030 the potential new carbon regulations could:

Now sit back for a moment and think of what the four points above will do to the already disappointing economy.

The Chamber’s report is based on an existing plan developed by the Natural Resources Defense Council (NRDC) and the Obama administration’s previously announced goal of reducing greenhouse gas emissions to 42% of 2005 levels by 2030.

The report finds that the costs of reinventing America’s electricity generation mix will be enormous:

When the costs for new incremental generating capacity, necessary infrastructure (transmission lines and natural gas and CO2 pipelines), decommissioning, stranded asset costs, and offsetting savings from lower fuel use and operation and maintenance are accounted for, total cumulative compliance costs will reach nearly $480 billion (in constant 2012 dollars) by 2030.

To put this into perspective, at an annual cost of $9.6 billion annually, the Mercury and Air Toxics Standard (MATS) is EPA’s most-expensive regulation on power generation. Potential EPA carbon regulations could be “nearly triple that amount, at $28.1 billion annually” from 2014-2030, the report finds.

Then there are the coal fired plants. This past February, the Energy Information Administration predicted that nearly one-fifth of all coal-fired power plants would shut down by 2016 because of the Mercury and Air Toxics Standards (MATS) rule. The report estimates that an “additional 114 gigawatts—about 40% of existing capacity” will go offline by 2030 because of new carbon rules. As a percentage, electricity generated by coal will fall from 40% to 14%, while natural gas’ share of generation will rise from 27% to 46%.

The GDP rate in first quarter was -1%, meaning the economy shrunk, and we have seen that when energy prices increase the economy slows down.

What we have seen, at least in the case of oil prices, every recession we have had since the mid-1970s was been set
off by a spike in oil prices.

Curiously, an over-500% increase in the real price of oil gets
virtually ignored as a culprit behind today’s economy, eclipsed by the
ongoing crisis in financial markets. Yet the run-up in real oil
prices this cycle is over twice the spike in oil prices that occurred
during the first or second OPEC oil shock. And those oil shocks produced
two of the deepest recessions in the entire post-war period,
including the 1980-82 double dip.

The price of energy influences more than just how you heat your house.  Since most manufacturing uses electricity in their manufacturing process, the higher electric costs resulting from the president’s directive will end up increasing the costs consumers pay for their products.

What may end up happening may be similar to 2008 when people had to make a choice between bank payments and basic staple items whose costs
were driven up by the higher electricity prices created by the President’s executive fiat.

The President will tell that the reason for the action is that 97% of scientists tell us there is a global warming crisis. But that 97% is a misreading of a badly flawed study (the real number is 0.54%) and the Earth’s temperatures haven’t increased in almost 18 years.

Obama’s plan would allow him to keep one of his campaign promises, but for what end?