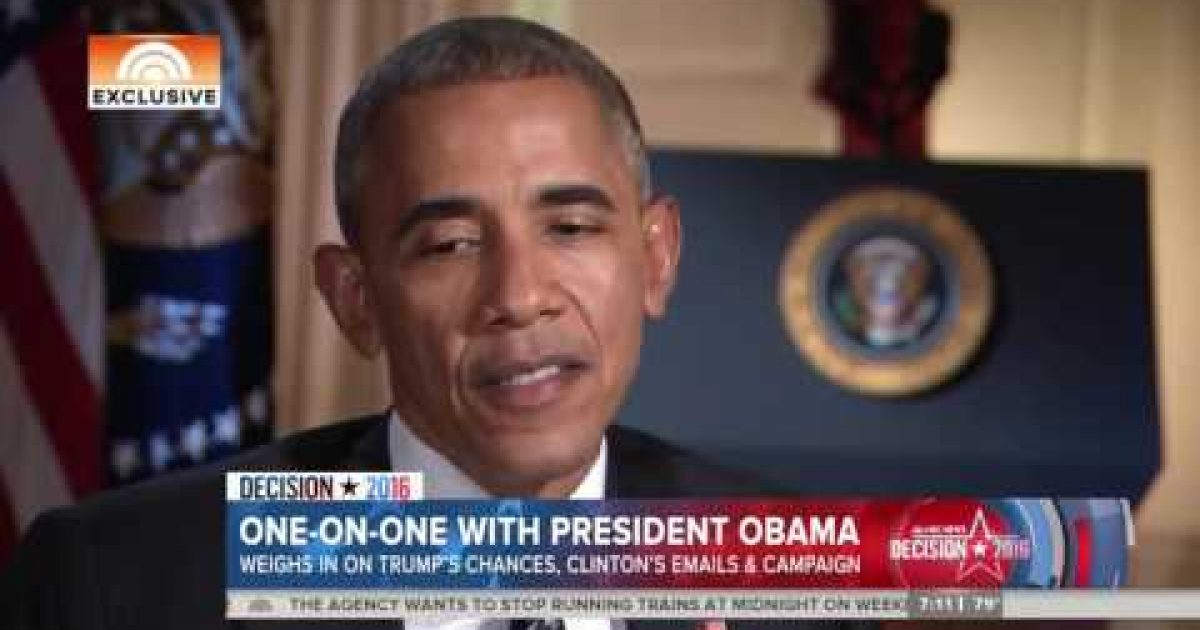 Is this the first time that Savannah Guthrie of NBC has ever actually asked a hard question of a Democrat politician? I think it might be…

In an interview meant to capitalize on the DNC this week, Guthrie sat down to talk with President Obama about the election, the state of the nation, Donald Trump and Hillary Clinton. Most of the interview was the standard “why are Democrats better than Republicans” softball conversation. But things took a turn when Guthrie turned her focus to Hillary’s emails faux pas.

Obama tap toed around an answer.

I don’t want to characterize any further what the FBI Director said. I think he was comprehensive, unusually so, about how they arrived at the decision. I think Hillary’s acknowledged that she made a mistake.

When asked about the GOP’s characterization of Clinton’s activities as “criminal,” the President seemed to forget that delegates at the DNC were also chanting “lock her up” of Clinton.

Folks are rough on Hillary Clinton in ways that, even as somebody who’s had my share of getting whacked in the public eye, I’m surprised by sometimes, and I don’t think it’s fair.

But it’s not just her political opponents who are saying that this was wrong. You have the FBI Director saying it was extremely careless. The director did say a reasonable person should know.”

Again, President Obama demurred, refusing to defend or attack Hillary Clinton for the choices she made stayed as opaque as possible.

“I can say with confidence that Hillary Clinton was an outstanding secretary of state, that she helped to make this country safer, that if she made mistakes, they were not ones that were intended to in any way compromise American security.”

Just a few weeks ago the President was assuring the country that Hillary hadn’t done anything to jeopardize our national security and now he won’t even come close to defending her felonious behavior. Could this mean that the entire Clinton “Emailgate” debacle may end up being worse than we currently realize? Could there be more to the story? Why wouldn’t the President just double-down and repeat his past assurances about what Hillary did and didn’t do? Stay tuned… I think there’s more to this story.