Obama At Post G7 Press Conference, ‘We Don’t Yet Have a Complete [ISIS] Strategy’ 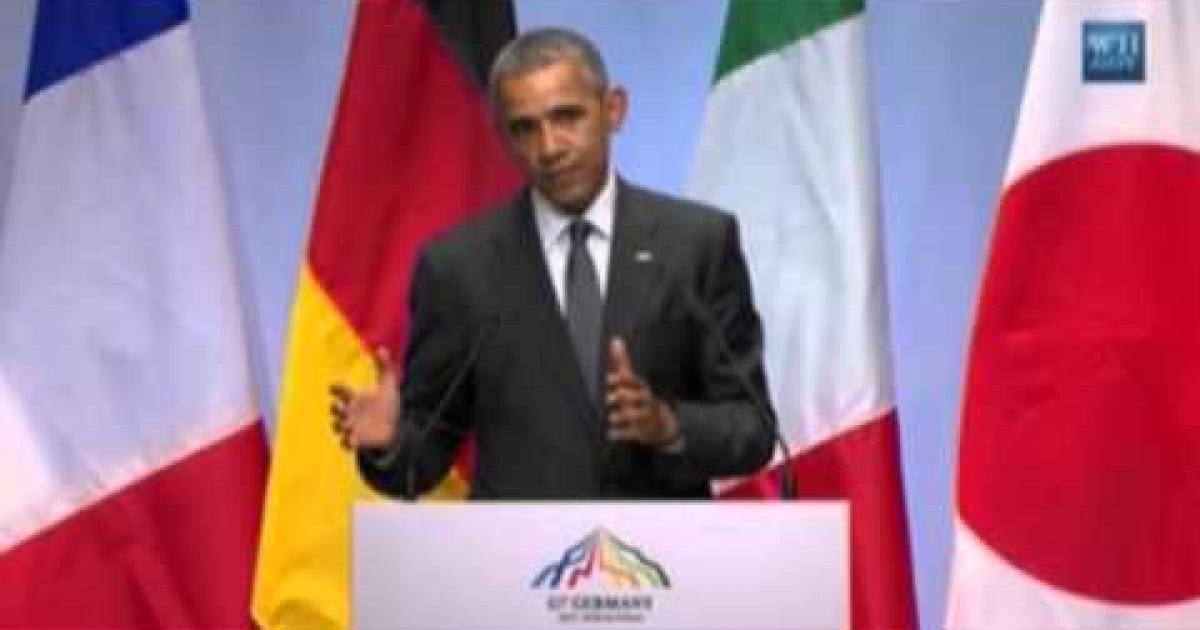 A stunner at Obama’s press conference on Monday wrapping up his visit to Germany for the G7 conference.  The US began bombing ISIS in August 2014 but ten months later he still doesn’t have a complete strategy for the operation:

“When a finalized plan is presented to me by the Pentagon, then I will share it with the American people. We don’t yet have a complete strategy because it requires commitments on the part of the Iraqis as well about how recruitment takes place, how that training takes place. So the details of that are not yet worked out.”

Just what the hell is he waiting for? It’s been ten freaking months! He is sending Americans into danger WITHOUT a strategy? This isn’t the act of a commander-in-chief, this is the act of a novice with little regard for the heroes he is sending into harms way.