Thanks to Obama, Hezbollah’s Still Smuggling Cocaine & Terrorists Via Our Southern Border 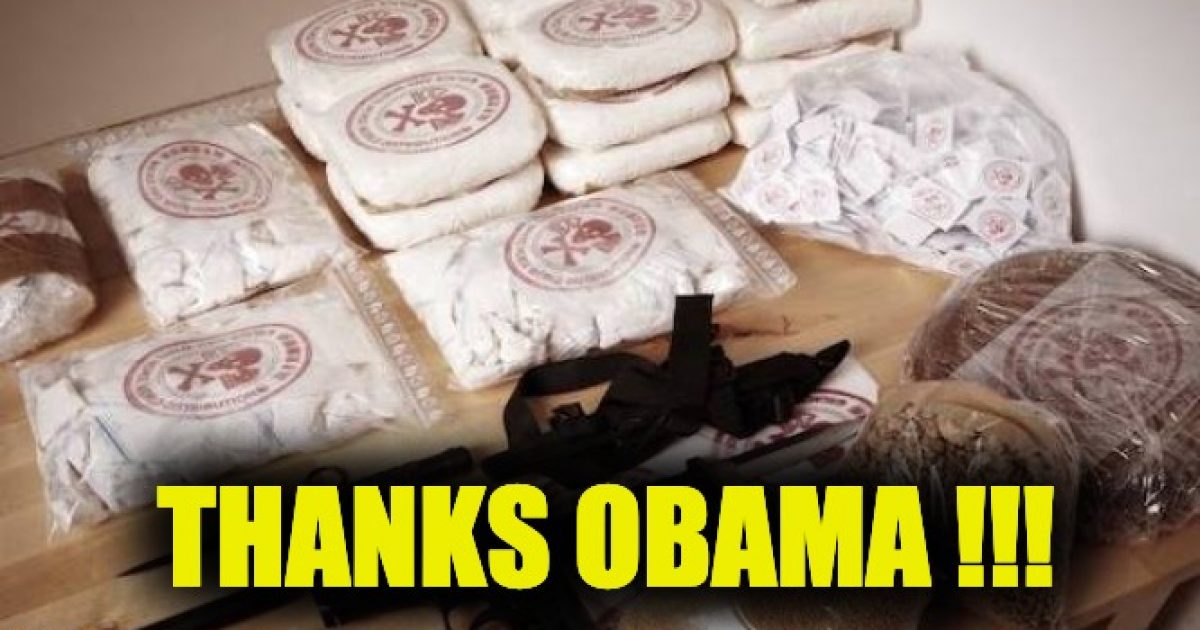 So How Did We Get Here?

Jack Hellner of The American Thinker has some background:

In 2016, President Obama dictatorially stopped an eight-year investigation into a billion-dollar-per-year drug-running operation by the terrorist Hezb’allah organization to appease Iran because Obama thought an Iran deal would enhance his legacy.

In its determination to secure a nuclear deal with Iran, the Obama administration derailed an ambitious law enforcement campaign targeting drug trafficking by the Iranian-backed terrorist group Hezbollah, even as it was funneling cocaine into the United States, according to a POLITICO investigation.

The campaign, dubbed Project Cassandra, was launched in 2008 after the Drug Enforcement Administration amassed evidence that Hezbollah had transformed itself from a Middle East-focused military and political organization into an international crime syndicate that some investigators believed was collecting $1 billion a year from drug and weapons trafficking, money laundering and other criminal activities.

How does it make you feel that Obama let drugs come freely across our border to appease Iran? Hey now!

Obama was just protecting his supply–Unfortunately, there may be more truth to that than we would like.

Project Cassandra, launched in 2008, was one of the most successful counter-terrorism efforts in U.S. history. The project was aimed at undercutting the funding for Hezbollah, which had refocused efforts on drug trafficking and organized crime to fuel its terrorist empire.

The “Project Cassandra” push against Hezbollah, with its origins in the last year of the Bush administration, was primarily a project of the DEA, which had by then discovered the astonishing scope of Hezbollah’s syndicate crime.  The criminal side of Hezbollah was moving drugs, arms, and cash around the world, creating new security hazards not only in the Middle East but in the Americas as well.

“Project Cassandra” targets Hezbollah’s global network that supplies drugs to the U.S. and Europe and is part of DEA’s efforts to disrupt efforts by terror organizations to fund activities through the sale of illegal drugs.

According to the DEA, members of Hezbollah’s BAC have established business relationships with South American drug cartels that supply cocaine to the European and U.S. drug markets and then launder he proceeds.

Over the past year, the DEA has uncovered what it describes as an “intricate network of money couriers” who collect and transport millions of dollars in drug proceeds from Europe to the Middle East.

“These drug trafficking and money laundering schemes… provide a revenue and weapons stream for an international terrorist organization responsible for devastating terror attacks around the word,” DEA Acting Deputy Administrator Jack Riley said in a statement

Amid the now-infamous Iran deal, The Obama Administration began placing roadblocks to derail Project Cassandra and would eventually bring it to a screeching halt. There were some protests in Congress, but they didn’t help.

In an article calling for the revival of Project Cassandra, The Hill reported in December:

Until this week, few Americans knew of Project Cassandra, a decade-long operation run by the Drug Enforcement Administration (DEA) through its Special Operations Division. Yet it was one of America’s most successful counter-terrorist campaigns, racking up numerous victories in the war against Hezbollah, the Lebanese terror organization, and its global crime and drug trafficking networks.

A bombshell investigation published on Sunday by Politico’s Josh Meyer has now revealed that, for the sake of achieving a nuclear deal with Iran, the Obama administration derailed the DEA’s program to combat Hezbollah’s growing collusion with drug cartels, letting this nascent threat become a global menace.

The Trump administration should move swiftly to revive Project Cassandra and make it the centerpiece of a comprehensive effort to take down Hezbollah.

One of the good things Jeff Sessions did as AG was in 2018 when he created a team of leading investigators and prosecutors he named the Hezbollah Financing and Narcoterrorism Team (HFNT) whose purpose is to complete the Project Cassandra investigation/arrests the of Hezbollah terrorists Obama stopped as a way to “make nice” with Iran.

“The Justice Department will leave no stone unturned in order to eliminate threats to our citizens from terrorist organizations and to stem the tide of the devastating drug crisis,” said Attorney General Sessions. “In an effort to protect Americans from both threats, the Justice Department will assemble leading investigators and prosecutors to ensure that all Project Cassandra investigations as well as other related investigations, whether past or present, are given the needed resources and attention to come to their proper resolution. The team will initiate prosecutions that will restrict the flow of money to foreign terrorist organizations as well as disrupt violent international drug trafficking operations.”

Despite the creation of the HFNT on Wednesday Politico reported:

The Justice Department declined requests by Project Cassandra and other authorities to file criminal charges against major players such as Hezbollah’s high-profile envoy to Iran, a Lebanese bank that allegedly laundered billions in alleged drug profits, and a central player in a U.S.-based cell of the Iranian paramilitary Quds force. And the State Department rejected requests to lure high-value targets to countries where they could be arrested.

“This was a policy decision, it was a systematic decision,” said David Asher who helped establish and oversee Project Cassandra as a Defense Department illicit finance analyst. “They serially ripped apart this entire effort that was very well supported and resourced, and it was done from the top down.”

When Obama entered office in 2009, he promised to improve relations with Iran and the Muslim world as a whole.

Obama’s CIA director/ perjurer John Brennan penned his thoughts in a policy paper, “the next president has the opportunity to set a new course for relations between the two countries” through not only a direct dialogue but “greater assimilation of Hezbollah into Lebanon’s political system.”

Seems the two men were on the same page in dealing with Hezbollah. Newsweek reports that, during the Obama years, thousands of tons of cocaine were brought into the United States, courtesy of Hezbollah, through Venezuela alone:

Project Cassandra, a campaign launched by the Drug Enforcement Administration in 2008, found that the Iran-backed military and political organization collected $1 billion a year from money laundering, criminal activities, and drug and weapons trade, according to Politico. Over the following eight years, the agency found that Hezbollah was involved in cocaine shipments from Latin America to West Africa, as well as through Venezuela and Mexico to the United States.

The Obama administration halted Project Cassandra as it was approaching the upper echelons of Hezbollah’s conspiracy in order to seal a nuclear deal with Iran, even though Hezbollah was still funneling cocaine into America. Officials at the U.S. Justice and Treasury departments delayed the project’s requests to conduct relevant investigations, prosecutions and arrests. Obama eventually helped strike the Iran deal with several other nations in 2015.

Because of the project’s sudden end, it is hard to determine how much cocaine has come into the U.S. from Hezbollah-affiliated networks. But through Venezuela alone, Hezbollah sent thousands of tons to the United States in a matter of years.

When Trump took office, the Iran deal became history. While President Trump seems very unwilling to bend to the Iranian regime, those of us old enough to remember the Iran Hostage crisis are hoping that a strong-willed Republican saves the day again. We are hoping that Trump can clean up the mess of Obama much as Reagan cleaned up Carter’s mess.

Obama, in his absolute obsession to achieve a deal with Iran, broke that long-standing rule of American Presidents: We don’t negotiate with terrorists.

It’s not the first time. Recently a story broke that in 2014, American Tax dollars were funneled to Al Qaeda. It was also recently reported that missile casings used by terrorists in Syria ALL came from US bases.

The Obama years changed the way America does business with terrorists.

At what price in American lives do “thousands of tons” of cocaine come?

Was it acceptable for The Obama Administration to look the other way and allow the drug smuggling and terrorist financing to continue, all in the pursuit of the awful JCPOA, Iran nuke deal?

Much of this post was first seen at DC Clothesline