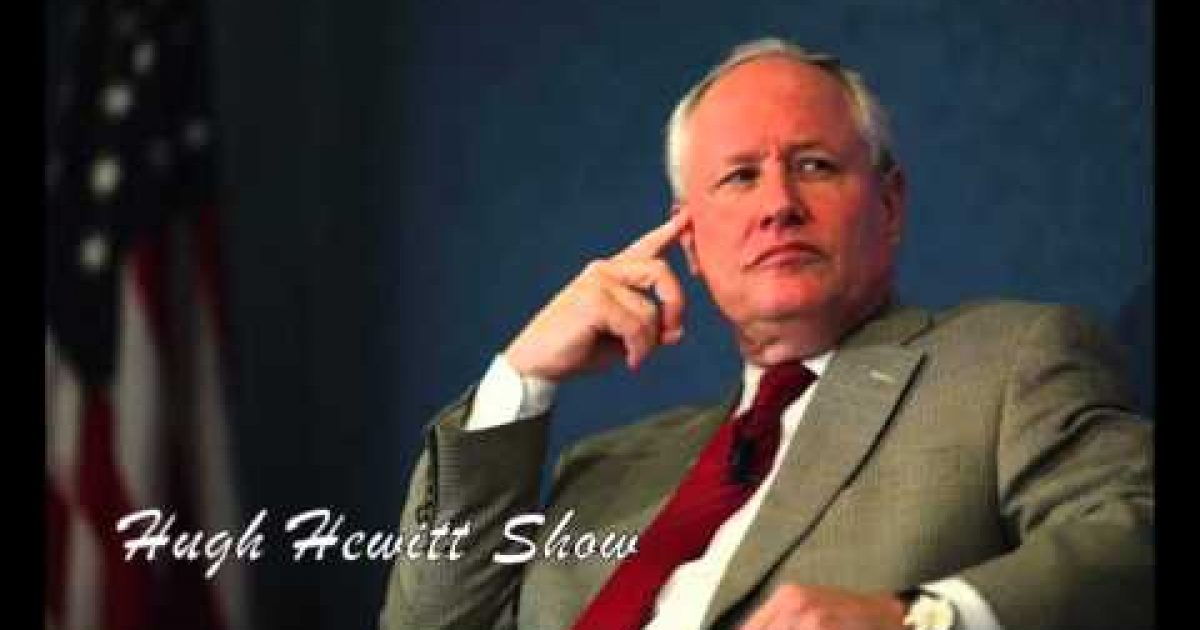 Weekly Standard Editor Bill Kristol, a guest on Monday’s Hugh Hewitt Radio Show, bemoaned the state of race relations in the United States under President Obama, asserting, “President Obama and Eric Holder have done damage to race relations. I mean, I really am personally distressed about this.”​

Kristol objected to the claim that people like Al Sharpton had direct responsibility for the murder of two police officers on Friday but “on the other hand, the killer did say that it was revenge for the, I guess, for these two incidents [deaths of Michael Brown and Eric Garner]. And these two incidents have been distorted and hyped pretty consciously by people in the media like Al Sharpton, and unfortunately by political leaders like de Blasio.”

​In the end, Kristol was not happy about what has happened to race relations under Obama, “People weren’t in a state, there were African-Americans who were secretary of state and in every high position in the land, obviously, and people thought, you know, we were moving the way we should have as a society. But I thought maybe President Obama would kind of complete that movement. And he set it back, and that’s bad for the country.”

Below is the full discussion and the audio:

Hewitt: Now, the story of the hour is Mayor de Blasio today, who both gave a speech and a press conference. In the latter, he blamed the media for creating the climate. Charles Krauthammer said earlier on this show in the first hour the President should be embarrassed by Sharpton. He also said that Sharpton had imposed on Ferguson and Staten Island the issue of race. And questions today are being raised about culpability. What do you make about the general argument about the assassination of Officer Ramos and Liu being linked to anyone other than the killer?

Kristol: Look, the killer’s responsible, and I think you and I have argued this for years. You take one event, a country of 320 million people, and you all of a sudden want to start blaming broader social trends or forces. On the other hand, the killer did say that it was revenge for the, I guess, for these two incidents. And these two incidents have been distorted and hyped pretty consciously by people in the media like Al Sharpton, and unfortunately by political leaders like de Blasio. I mean, I said this on Morning Joe. I was in New York. I was really struck, incidentally, how much people in New York, how upset they are, and these are, you know, the cameramen and the cab drivers. And I don’t know what their politics are. But I mean, they are with the cops, and they are not happy that their own mayor has felt that this was a good chance to give lectures about three centuries of racism and about what he tells his son in private about dealing with cops. And you know, the guy was grandstanding. The guy was using it as an opportunity to make political points. And now, something terrible happens, maybe somewhat related to what he did, and now it’s all, hey, these radical protesters, I had nothing to do with them. It was all peaceful protesters. I was on the train back to D.C. during the press conference, and I just read some of the transcript. What were these peaceful protesters, according to de Blasio, protesting? I mean, he’s the mayor of the city. Was it the Democratic governor? Was it President Obama, the president of the United States? Eric Holder’s the attorney general. If they want policy changes, they should pick up the phone and get their, get the people who they voted for to put through those policy changes. The Republican Congress isn’t blocking anything they want to do. You know what I mean? So when they endorse this kind of protest, it’s the sort of 60s protest against the society. That’s what they’re doing. There’s no practical public policy issue here.

Hewitt: Now but here’s the difficult issue, or actually the dilemma. Most everyone on the right, many people in the middle and a few on the left correctly condemned Bill Clinton when in 1995 he attacked Rush Limbaugh for enabling McVeigh.

Hewitt: So now people are critiquing Al Sharpton, de Blasio, even President Obama for this anti-police climate and the violence that occurred. And the answer is can you have it both ways. I think it depends upon making causation arguments very carefully, and that bad arguments by Bill Clinton or in the aftermath of the Giffords shooting, as you recall…

Hewitt: The people were trying to blame the Tea Party, and I objected strenuously with that, because the causation wasn’t there. Charles was making the argument, and I wonder if you make the argument, that this is actually different, that we can see better proximate cause. There are two kinds of cause, but for and proximate, that we can actually see a connection here where there was no connection to be seen in 1995 or in Arizona?

Kristol: No, I think there’s some, I said there was a connection in the murder, and you know, maybe he was crazy and he was whatever he was. And I wouldn’t want to make too much of the rest of that. I would just make the point, I guess, in our defense, as if we would have to defend ourselves, we were criticizing de Blasio and Sharpton last week. I mean, the murders are horrible, and of course, take it to a new level. But what they were doing was wrong. They were inciting racial turmoil. They were pushing their own left wing agenda using these deaths as an excuse to do so. And so I don’t feel like, you know, it’s not like I’ve been quiet about this for three months and just suddenly popped up. So I feel totally entitled to say that de Blasio’s been behaving irresponsibly. I’m not blaming him for the murders, but in an irresponsible climate, this is something that could happen. But even if it hadn’t happened, I think he’s done a lot of damage. And President Obama and Eric Holder have done damage to race relations. I mean, I really am personally distressed about this. It’s one of the things I didn’t like President Obama when we elected him, and I was unhappy when he was reelected, and don’t like his policies at all. But the one thing I did think honestly is that maybe he would sort of put, you know, improve race relations. And I think they were actually getting pretty good in America, honestly, after Bush. There weren’t that many racial incidents. People weren’t in a state, there were African-Americans who were secretary of state and in every high position in the land, obviously, and people thought, you know, we were moving the way we should have as a society. But I thought maybe President Obama would kind of complete that movement. And he set it back, and that’s bad for the country.