Obama Hinted A 2nd Administration Would Be Anti-Israel, So Why Are People Surprised Now? 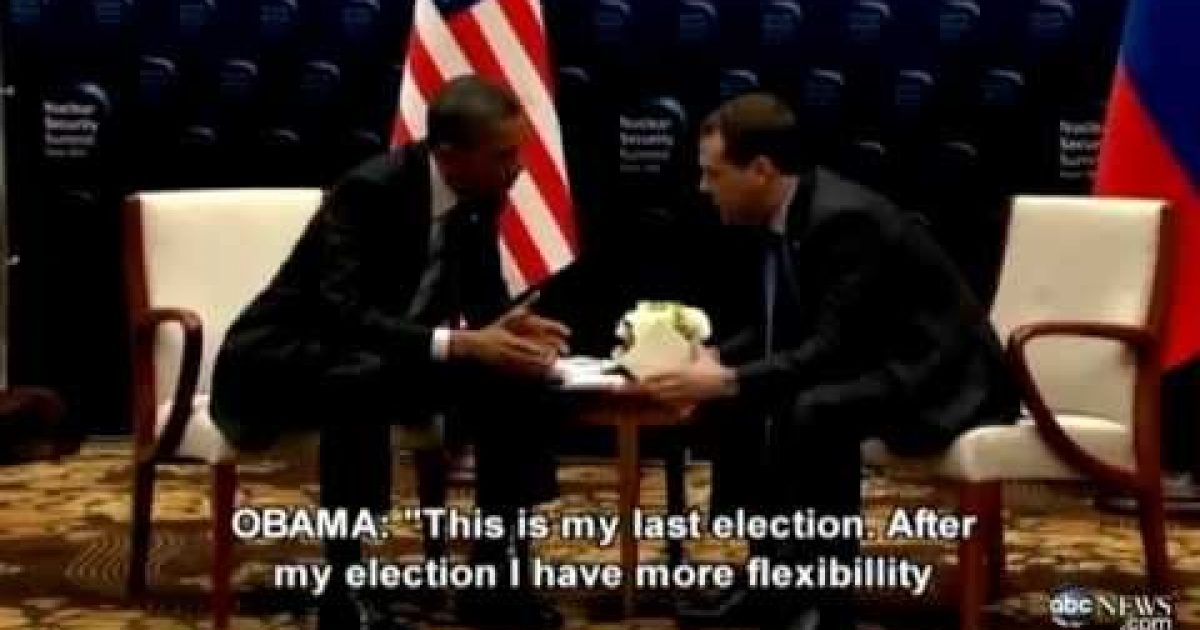 During his trip to the Middle East to revive the struggling peace talks between Israel and the Palestinian Authority, Secretary of State John Kerry agreed to joint interview with Israel’s Channel 2 and the Palestinian Broadcasting Corporation. Aired Thursday, Kerry took a one-sided and threatening tone toward Israel, including some very undiplomatic words which could be used to incite new violence against the Jewish State.

Failure of the talks will increase Israel’s isolation in the world. The alternative to getting back to the talks is a potential of chaos. I mean, does Israel want a third intifada?

After his trip to the Middle East, the Secretary of State sped off to Geneva where he continued to negotiate a deal which would ease sanctions on Iran but would not take away their ability to enrich uranium to weapons grade.

Many are surprised that this administration is returning to the Anti-Israel stance it held the first three years of the Obama presidency. However anyone who observed the President’s reelection campaign should have known that his year four friendliness toward the Jewish State was noting but a campaign ruse.

Four separate stories mostly unrelated, only one made big news, three were barely covered by the mainstream media…. but when you put them together they foretold what this week was all about.

The first story was widely reported…President Obama’s open mike gaffe. On Monday at the Nuclear Security Summit in Seoul, South Korea, President Obama whispered to Russian President Dmitri Medvedev that he would have “more flexibility” to deal with controversial issues such as missile defense after the 2012 elections, and that incoming Russian President Vladimir Putin needs to give him “space.”

A few days later Ari Fleischer former George Bush press secretary debated Obama’s deputy campaign manager Stephanie Cutter about the open mike gaffe.  Fleischer asked Cutter if can she assure us that the president has made no other statements like that to, say, Arab leaders or Palestinian leaders, ‘Give me space and after the election I’ll have more flexibility to deal with Israel?’ Can you assure us he’s not done that?”

Q: Yesterday there was a bit of a kerfuffle over an announcement that was made by the department about the travel of your boss.

Is it the State Department’s position that Jerusalem is not part of Israel?

MS. NULAND: Well, you know that our position on Jerusalem has not
changed. The first media note was issued in error, without appropriate
clearances. We reissued the note to make clear that undersecretary,
acting undersecretary for—our—Kathy Stephens will be travelling to
Algiers, Doha, Amman, Tel Aviv, and Jerusalem. With regard to our
Jerusalem policy, it’s a permanent-status issue. It’s got to be
resolved through the negotiations between the parties.

Q: Is it the view of the—of the United States that Jerusalem is the
capital of Israel, notwithstanding the question about the embassy—the
location of the U.S. embassy?


Q: So does that mean you regard Tel Aviv as the capital of Israel?

MS. NULAND: The issue on Jerusalem has to be settled through negotiations.

Q: I just want to go back to—I want to clarify something, perhaps give you an “out” on your Jerusalem answer. Is it your—is it your position that all of Jerusalem is a final-status issue, or do you think—or is it just East Jerusalem?

MS. NULAND: Matt, I don’t have anything further to what I’ve said 17 times on that subject. OK?

Q: All right. So hold on. So I just want to make sure. You’re saying
that all of Jerusalem, not just East Jerusalem, is a final-status issue.

MS. NULAND: Matt, I don’t have anything further on Jerusalem to what I’ve already said.

The United States is leaking information to the media in order to avert an Israeli strike in Iran: The US Administration recently shifted into high gear in its efforts to avert an Israeli strike on Iran’s nuclear facilities by the end of the year. The flood of reports in the American media in recent weeks attests not only to the genuine US fear that Israel intends to realize its threats; moreover, it indicates that the Obama Administration has decided to take its gloves off.

Indeed, in recent weeks the Administration shifted from persuasion efforts vis-à-vis decision-makers and Israel’s public opinion to a practical, targeted assassination of potential Israeli operations in Iran. This “surgical strike” is undertaken via reports in the American and British media, but the campaign’s aims are fully operational: To make it more difficult for Israeli decision-makers to order the IDF to carry out a strike, and what’s even graver, to erode the IDF’s capacity to launch such strike with minimal casualties.

This report was written by Ron Ben-Yishai an award-winning Israeli journalist and war correspondent. John Bolton agrees with Ben-Yishai

All of this happened during one week in March 2012

President Obama tells the Russian president to give him some space because once he doesn’t have to run again he will have have more flexibility. Obama’s deputy campaign director avoids answering whether or not the President has made similar assurances to Israel’s enemies. It would have been very easy for her to say, of course not.

The State Department refused to say that Jerusalem is the capital of Israel, which is no change…but they also refuse to say that any part of Jerusalem even the part inside the “green line,”was part of Israel.

And finally, we learn that President Obama is “sneaking around” behind Israel’s “back,” to sabotage the possibility of an Israeli strike against Iran (which Israel has not yet decided to do).

During  last week of March 2012 Obama’s foreshadowed what he will do once he has the flexibility of not having to run again?  Obama sabotaging Israel anti-Iranian efforts then as he is selling out to Iran now. The subtle shift in the US position on Jerusalem was signal of the pressure Obama will deliver in a second Obama administration, and today his Secretary of State is inciting violence on Palestinian TV…no one should be surprised.