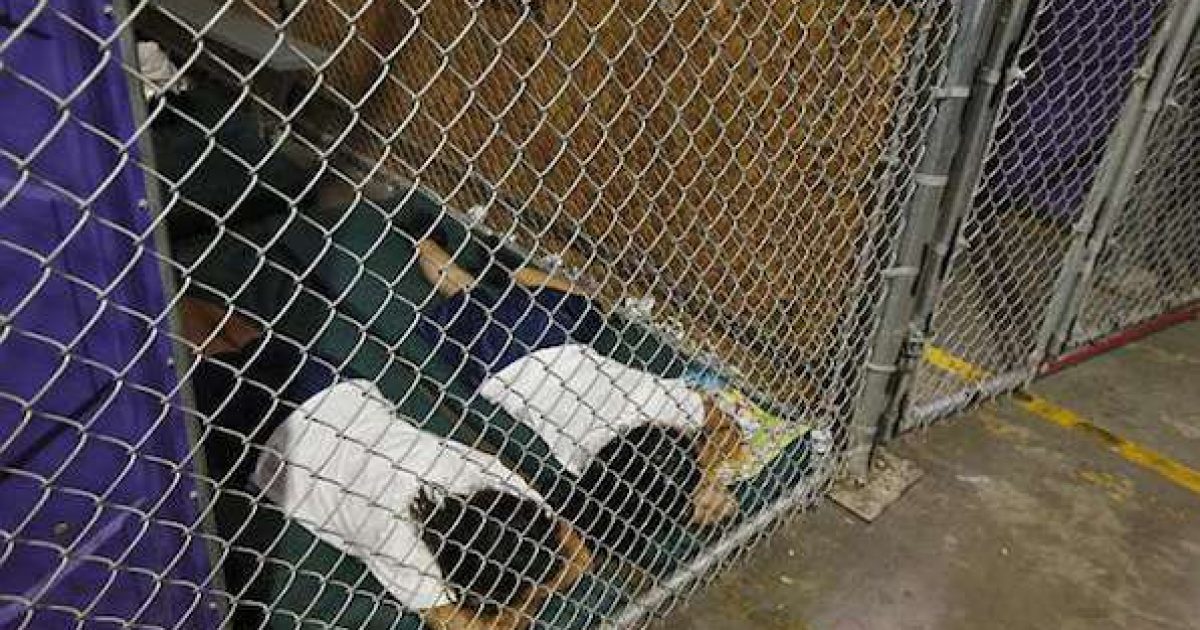 Liberals will use anything to trash President Trump, even an Obama era immigration picture taken seventeen months before Trump was elected and twenty months before he was inaugurated a President.

And it isn’t just the mainstream media such as CNN and the New York Times who are working President Trump, it’s liberals on Facebook, Twitter, and other social media. Sadly those platforms censor accurate reports if they are posted by conservatives, and allow fake news posted by liberals.

Over the weekend social media went crazy over shocking images of illegal immigrant children forced to sleep on the floor in metal ‘cages’ by ICE. The pictures were tweeted over and over to indict President Trump’s treatment of immigrant children. After all, it fits the liberal narrative even though the picture was taken during the Obama administration.

It started with Obama speechwriter Jon Favreau who asserted “the only debate that matters’,” after seeing those pictures, was “how we force our government to get these kids back to their families as fast as humanly possible.” 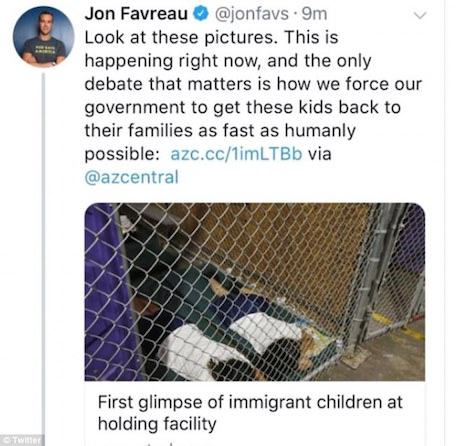 Why doesn’t Jon speak to his old boss about those kids?

Soon the picture was being shared all over the internet…

Shaun King, Linda Sarsour and other liberals thought they were criticizing the Trump administration on Sunday when they tweeted a picture of immigrant minors sleeping in a caged enclosure, but it turned out they were inadvertently tweeting a photo that occurred during the Obama administration instead.

In an apparent attempt to criticize the Trump administration’s treatment of unaccompanied children at the U.S. border with Mexico, former Obama speechwriter Jon Favreau tweeted a link [now deleted] to an AZCentral.com article entitled “First glimpse of immigrant children at holding facility.”

“This is happening right now, and the only debate that matters is how we force our government to get these kids back to their families as fast as humanly possible,” Favreau wrote in a now-deleted tweet, which included a disturbing image of two immigrant minors sleeping in a caged enclosure.

But the Arizona Central article was from [June] 2014 — during Obama’s presidency.

I agree the image of the children is very alarming, those are kids for heaven’s sake, but why are the liberals blaming Trump for Obama’s treatment of illegal immigrant children?

BTW the above is the same Anti-American, Anti-Semitic Linda Sarsour who’s been endorsed by NY Senator Kirsten Gillibrand and NY Governor Andrew Cuomo.

But, soon more rational Twitterers began to point out that the picture above is all Obama’s fault taken and published twenty months before Donald Trump moved into the White House.

That didn’t stop other anti-Trumpers from joining in on the fake attack, including the phony black guy Shaun King: 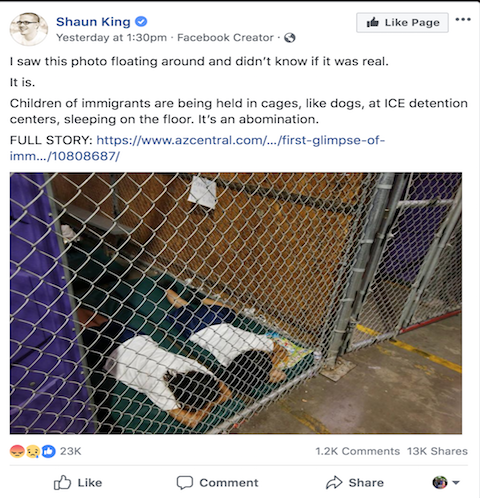 In the end, it’s not really nice just to point out Obama’s flaws, the picture below illustrates the way former President Bubba Clinton treated immigrants when he was being advised by then-Deputy Attorney General Eric Holder: