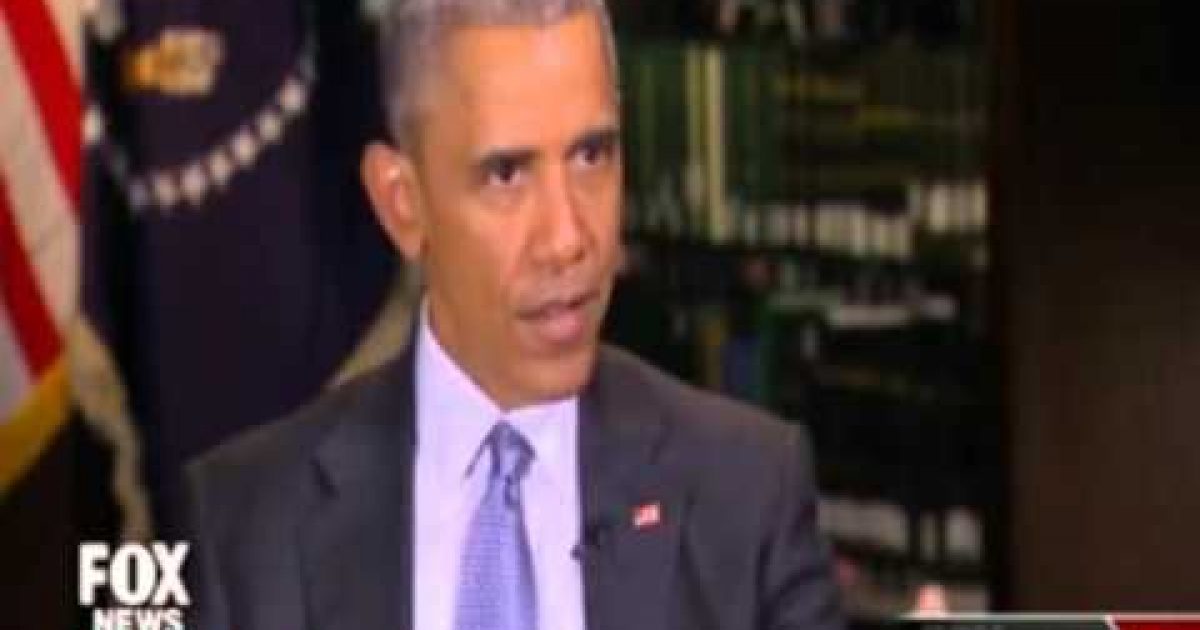 According to liberal news sites such as the Huffington Post, President Obama firmly backed up Hillary Clinton when discussing the email scandal with Chris Wallace on Fox News Sunday:

That headline works if you take Obama’s statement out of context, Obama began his answer by equivocating and avoiding Chris Wallace’s question about the Clinton emails, then tried to explaining it away by saying, ‘there’s classified and then there’s classified,” and ended it by saying she was careless.

It seemed as if the president said she mishandled classified information but it wasn’t that bad, or that it really didn’t matter.

Wallace began the segment with Obama’s claim in October 2015:

Obama (on video):  I can tell that you this is not a situation in which America’s national security was endangered.

Wallace:  Since then, we’ve learned that over 2,000 of her e-mails contained classified material, 22 of the e-mails had top-secret information.  Can you still say flatly that she did not jeopardize America’s secrets?

Obama:  I’ve got to be careful because, as you know, there have been investigations, there are hearings, Congress is looking at this.  And I haven’t been sorting through each and every aspect of this.

Here’s what I know: Hillary Clinton was an outstanding Secretary of State.  She would never intentionally put America in any kind of jeopardy.

Also while the president mentioned intent, the crime of mishandling classified information is not one where intent is necessary for conviction.

Wallace:  But last October, you were prepared to say, “She hasn’t jeopardized.”

Wallace:  And the question is, can you still say that?

Obama:  I continue to believe that she has not jeopardized America’s national security.  Now what I’ve also said is that — and she has acknowledged — that there’s a carelessness, in terms of managing e-mails, that she has owned, and she recognizes.

But I also think it is important to keep this in perspective.  This is somebody who has served her country for four years as secretary of state, and did an outstanding job.  And no one has suggested that in some ways, as a consequence of how she’s handled e-mails, that that detracted from her excellent ability to carry out her duties.

Okay now he is saying she didn’t jeopardize national security even though she was careless America’s secrets. Either way she was an outstanding secretary of state. Let’s examine that statement for a moment. I get the fact that he wouldn’t criticize her failed policies as secretary of state, because they were also his failed policies. But if she was careless with her emails, something that President Obama and Ms. Clinton acknowledge, and those emails contained classified information (albeit not classified, classified), doesn’t that by definition mean she wasn’t outstanding? Doesn’t she lose a few points for her lack of care with classified information?

Of course she does which is why the president equivocated.

Watch a video of that interview segment below: