As part of the recent escalation of Palestinian Terrorism a bomb was set off today outside the main Jerusalem bus station, one person died and over thirty were injured. Our Commander-in-Chief free from the burden of having to manage the war he started in Libya without congressional approval or clear objectives took the time to admonish the terrorist act….and at the same time smack Israel for defending herself yesterday. He drew a   moral equivalence between the terrorist act today, and Israel’s defensive response yesterday to 60+  Palestinian mortars and rockets: 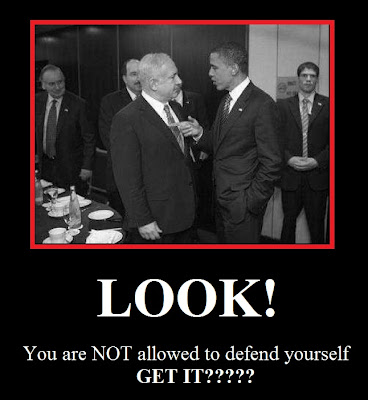 I condemn in the strongest possible terms the bombing in Jerusalem today, as well as the rockets and mortars fired from Gaza in recent days. Together with the American people, I offer my deepest condolences for those injured or killed. There is never any possible justification for terrorism. The United States calls on the groups responsible to end these attacks at once and we underscore that Israel, like all nations, has a right to self-defense. We also express our deepest condolences for the deaths of Palestinian civilians in Gaza yesterday. We stress the importance of calm and urge all parties to do everything in their power to prevent further violence and civilian casualties.

Now lets examine the difference between the incident in Jerusalem, and the incident in Gaza.  The Jerusalem incident was a bomb set to go off near a busy bus station in a way to maximize the civilian deaths and injuries. As for Gaza, during the five days prior to Israel’s “attack” there were a total of 63 projectiles (mortars and rockets) sent from Gaza into Israel:

On Tuesday, IDF forces responded to projectiles fired at Israeli territory from the northern Gaza Strip. The attack took place in the afternoon when projectiles were fired toward the area of the Sha’ar Hanegev Regional Council. In response, IDF forces fired mortars to the point from which rockets were launched resulting in the injury of uninvolved civilians. Among them was the boy taken for medical treatment in Israel today.

The IDF regrets harming any uninvolved civilians but stresses that it is the Hamas terror organization which chooses to operate from the heart of civilian activity and uses people as a human shield. The event is currently being investigated.

That’s our President, he can’t bring himself to console Israel without whitewashing Palestinian terrorism.

Today’s bombing in Jerusalem is another chilling reminder of the obstacles Israel faces in its quest to live in peace with its neighbors. Israel is a true friend to the United States and a vital strategic ally in an unstable region. In the face of unremitting terror, Israel can count on the continued support of the United States as exercises its right to defend its people.

“Within the past two weeks, Palestinian terrorists in Gaza have launched dozens of unprovoked rocket attacks at innocent Israelis, while in the West Bank a terrorist brutally murdered a family as they slept in their home. These attacks must not be downplayed as mere episodes in a game of tit-for-tat between Israelis and Palestinians. There is absolutely no justification for deliberate and deadly attacks on innocent civilians.

“This kind of violence does not emerge in a vacuum; it is incubated through education and nurtured by popular culture. The sooner the world comes to grips with this reality, the sooner that there will be peace in the region. That’s why we must use the recent attacks to address the root cause of this violence: anti-Israel incitement in Palestinian mosques, schools and media – and the blanket refusal on the part of the Palestinians to accept Israel’s right to exist that it has created.

“The Administration has called on Israel to make sweeping concessions that I believe will endanger its security, but it doesn’t seem to demand similar from the Palestinians. That’s why I support bipartisan efforts in the House and Senate that call on the White House to put an end to anti-Israel incitement in the Palestinian territories. No matter how much we desire Mideast peace, it will remain a pipe dream so long as Palestinian culture makes martyrs of terrorists who target innocents.” 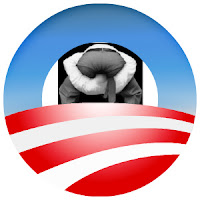 In related news, Democratic party leadership (including my Congressman Steve Israel and my Senator Chuck Schumer) was silent about the President’s response. Maybe their heads were too far up Obama’s arse to hear about the bombing.