You ever notice that Senator Obama finds a way to blames others every time he screws up? Like during his first “race” speech he threw grandma under the bus, or when his economic adviser went to Canada to reassure the government that the Senator’s bravado about NAFTA was just for effect. When the word got out, the campaign worker was operating on his own. Today the Obama blame-game continues. After the Supreme Court up held the second amendment the senator was asked about his previous position. Obama’s answer –there was no previous position, that was my campaign–not me. (see video and transcript below).

A good leader takes responsiblity for his actions. A fraud like Obama blames others:

“In November you mentioned that the DC handgun law was constitutional,” Layne said. “Now you’re embracing the Supreme Court’s 5-4 decision striking down that law— “That’s not what I said,” Obama interrupted, per ABC News’ Jennifer Duck. “Your aide said that,” Layne clarified. “I don’t know what my aide said but I’ve been very consistent, I teach constitutional law,” Obama said. “What I said was that I believe 2nd Amendment as being an individual right and have said that consistently. I also think that individual right is constrained by the rights of the community to maintain issues with public safety. I don’t think those two principles are contradictory and in fact what I’ve been saying consistently is what the Supreme Court essentially said today.” Obama continued: “The DC law may have been struck down but they also affirmed the right for local communities to engage in background checks and other common sense laws that most lawful gun owners would agree with. So I think we can move beyond some of the conflicts on this issue, make sure law abiding gun owners have their rights respected and at the same time make sure we don’t see the kinds of murder and devastation we’ve seen on the streets of some of our cities.” 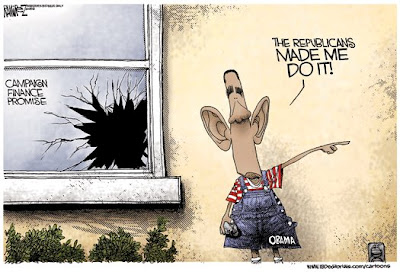