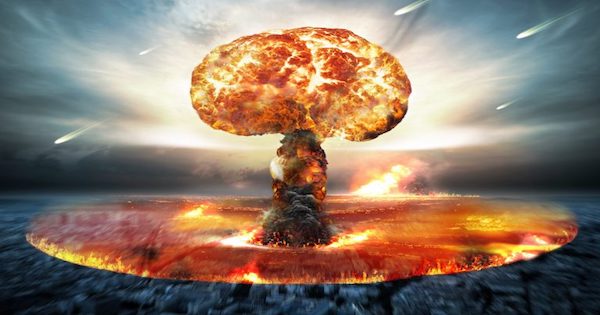 There is a Hebrew expression “l’dor vador” which means from generation to generation. Today Obama decided to stick it to the Jews one more time before he leaves office by changing the phrase to  “from Holocaust to Holocaust” and appointing Ben Rhodes the man who admittedly lied to sell through the Iran deal putting the Jewish State in danger of a nuclear attack from Iran.

President Obama on Tuesday appointed deputy national security adviser Ben Rhodes to the U.S. Holocaust Memorial Council, part of a slew of appointments given to high-profile staff and supporters in the final days of his presidency.

Rhodes, whose mother is Jewish, played a key role in shaping Obama’s foreign policy during his eight years in the White House.

He also came under fire from some U.S. Jewish groups for his role in selling the Iran nuclear deal and the administration’s decision to allow a resolution condemning Israeli settlement activity to pass the U.N. Security Council

This past Mother’s Day, The New York Times Magazine published a 10,000 word profile of Obama’s foreign policy adviser, Ben Rhodes. Among the startling revelations in the piece were that he plays the ventriloquist to the puppet mainstream media reporters (including Jeff Goldberg), and the he led the administration’s efforts to misrepresent the truth in order “to sell” the “Iran deal,”

Ben Rhodes sold through a deal where Iran is not closing a single nuclear facility, not one centrifuge is dismantled, some of Iran’s enriched uranium stockpile  gets “converted” but all of it stays in the country. Their entire Iranian nuclear infrastructure remained intact, they got to continue it’s nuclear research, their ballistic missile program continued, the sanctions come off as Iran complies and while there are provisions for them to snap back, any such action needs to be approved through the U.N. Security Council and a possible Russian veto, There are no provisions forcing Iran to stop funding terrorist groups such as Hamas and Hezbollah, and to help in that cause over $100 billion dollars of frozen funds got freed up (along with $1.7 billion Obama paid as ransom for hostages held by Iran.

If Iran holds to the deal, at best the agreement will prevent an Iranian bomb from being launched toward Israel for ten (now nine) years while Teheran continues to refine the technology it needs to make the leap. But in reality “who knows?” After all the inspections are almost meaningless.  At most locations the UN Inspectors have to make an appointment far enough in advance that if Iran has plenty of time to “clean up” the facility.

But at Parchin, where Iran is working on detonation systems for nuclear weapons things are a bit different, Iran gets to do its own inspections. Just like he did with the Justice Department and Fast & Furious, or the State Department with Benghazi, Obama thinks having Iran inspect the facility by itself (under the watchful eyes of UN TV Cameras) is an example of a strong inspections regime.

But someone had to sell the Iran deal to the American people. And it was Ben Rhodes who by his own admission lied to get this deal through. A deal that allows Iran to keep developing nuclear weapons. And when they have those weapons, Iran will use them against the Jewish nation.  After all, they promised they will. Iran is willing to sacrifice millions of its people to kill millions of people. Mutually Assured Destruction will not work with a nuclear Iran, the Supreme Leader Ayatollah Ali Khamenei practices the Hojjatieh’s interpretation of Shiism. This type of Islam has a very messianic and apocalyptic view of the world. It predicts a period of universal chaos  before the return of the Mahdi (the 12th imam, also known as the hidden imam, a Muslim version of the Messiah). They believe the best way to bring about the Imam is a world-wide conflagration.

Therefore at best Iran won’t attack Israel with nuclear weapons for another nine years. And by leading the misinformation campaign, Ben Rhodes will be remembered as one of the people who brought it about.  Since Israel is the “little Satan” but the U.S. is the ‘big Satan,’ Iran may be intent of attacking the U.S. also.

There is one bright side. If Iran is forced to wait nine more years before they attack Israel with nuclear weapons, Ben Rhodes’ five year term on the Holocaust Memorial Council will be over.