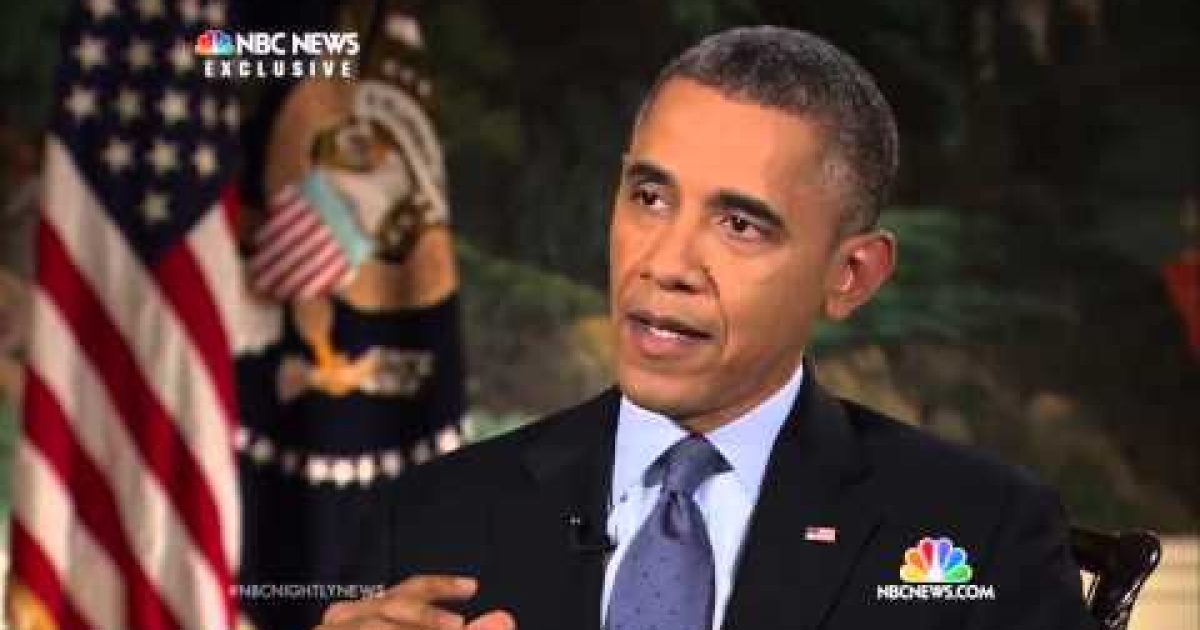 President Obama sat down with Chuck Todd from his home network today and discussed his broken “you can keep your insurance, period” promise lie. Todd asked him what happened to the promise, but assumed from the start his misleading of the public was unintentional. But then again that’s why the President chose NBC—-to avoid real questioning. The president for his part was sorry that people where hurt because of what he said but showed no regret for saying it.

Even though the interview was filled with non-apology/apologies, internal polling must show the President’s approval falling off a cliff for him to even go this far.

A video and transcript follows:

Well, first of all, I meant what i said. We worked hard to try to make sure we implemented it properly. Obviously we didn’t do a good enough job. I regret that. We are talking about 5% of the population who are in what’s called the individual market. They are out there buying health insurance on their own. Even though it only affects a small amount of the population, it means a lot to them obviously when they get this letter cancelled. You know, i am deeply concerned about it. I have assigned my team to see what can we do to close some of the holes and gaps in the law because it is my intention is to lift up and make sure the insurance people buy is effective.

Do you feel you owe these folks an apology for misleading them? They feel misled. You have seen the anger out there.

I regret very much –that what we intended to do — which is to make sure that everybody is moving into better plans because they want them as opposed to because they are forced into it — that we weren’t as clear as we needed to be in terms of the changes that were taking place. I want to do everything we can to make sure that people are finding themselves in a good position, a better position than they were before this law happened . I am sorry that they are finding themselves in this situation based on assurances they got from me. We’ve got to work hard to make sure that they know we hear them and that we are going to do everything we can to deal with folks who find themselves in a tough position as a consequence of this