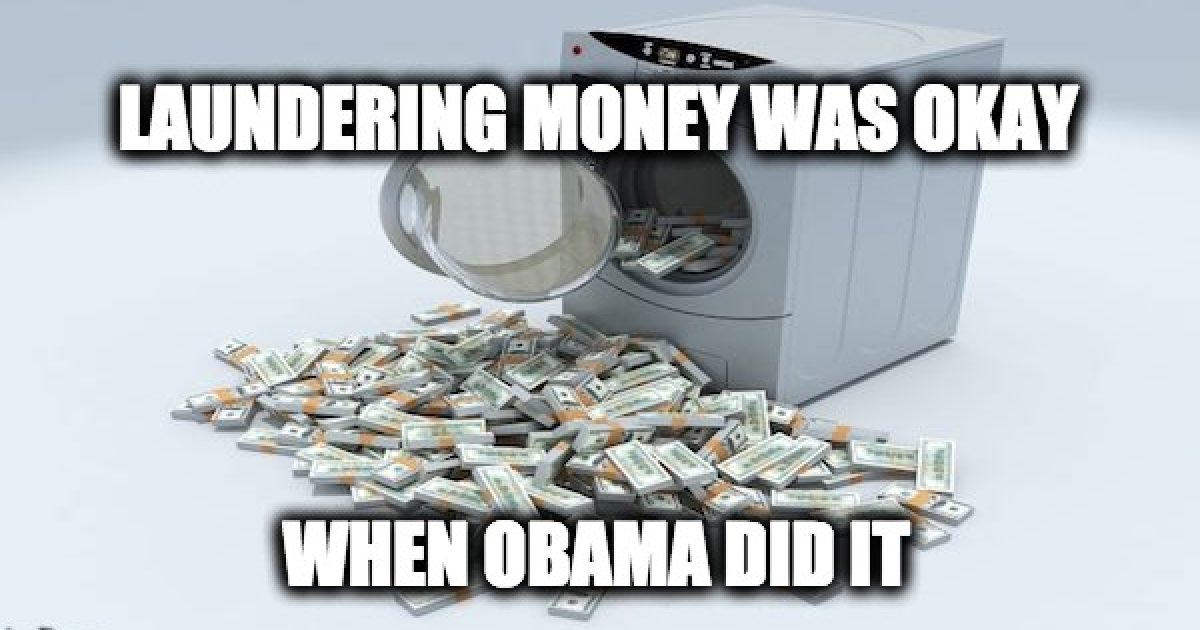 Just another lie Barack Obama and crew told America about the Iran deal.  The Obama administration desperate to get a foreign policy win for their hero, allowed the Iranian regime to use the American financial system to launder money, convert Omani rials to dollars so they could be converted to Euros. But smelling a rat U.S. Banks refused to play along.

In April 2016 Matt Lee of the Associated Press discovered that despite assurances Iran would not be allowed to tap into the US financial system Obama was going to allow Iran to dollarize transactions. That is,  he would allow Iran to use American banks to convert money into dollars. Then foreign banks would convert the dollars into Euros.

On Wednesday Matt Lee along and Josh Lederman of the Associated Press, reported the April 2016 story did indeed happen:

The Senate Permanent Subcommittee on Investigations revealed that under President Barack Obama, the Treasury Department issued a license in February 2016, never previously disclosed, that would have allowed Iran to convert $5.7 billion it held at a bank in Oman from Omani rials into euros by exchanging them first into U.S. dollars. If the Omani bank had allowed the exchange without such a license, it would have violated sanctions that bar Iran from transactions that touch the U.S. financial system,

It also violated promises made by Obama and his flunkies.

The effort was unsuccessful because American banks — themselves afraid of running afoul of U.S. sanctions — declined to participate. The Obama administration approached two U.S. banks to facilitate the conversion, the report said, but both refused, citing the reputational risk of doing business with or for Iran.

“The Obama administration misled the American people and Congress because they were desperate to get a deal with Iran,” said Sen. Rob Portman, R-Ohio, the subcommittee’s chairman.

Beyond making a concession to Iran not part of the deal and misleading the public about Iran not being able to get into the valued American financial system this Obama scheme to allow Iran to access the U.S. Dollar would be called money laundering if an average American did the same thing

Allowing Iran to convert from Omani rials into Euros by going through the dollar reassure foreign banks of the safety of doing business with Iran because the dollar is a stable currency.

According to the latest report:

Shortly after the nuclear deal was sealed in July 2015, then-Treasury Secretary Jack Lew testified that even with the sanctions relief, Iran “will continue to be denied access to the world’s largest financial and commercial market.” A month later, one of Lew’s top deputies, Adam Szubin, testified that despite the nuclear deal “Iran will be denied access to the world’s most important market and unable to deal in the world’s most important currency.”

Yet almost immediately after the sanctions relief took effect in January 2016, Iran began to complain that it wasn’t reaping the benefits it had envisioned. Iran argued that other sanctions — such as those linked to human rights, terrorism and missile development — were scaring off potential investors and banks who feared any business with Iran would lead to punishment. The global financial system is heavily intertwined with U.S. banks, making it nearly impossible to conduct many international transactions without touching New York in one way or another.

Allowing Iran access to U.S. banks is a huge concession that Obama made to save the already implemented JCPOA.  The U.S. has prohibited those activities for years. Treasury officials specifically name-checked those restrictions when they promised Congress last summer that the nuclear deal will not give Iran access to the dollar. Making it worse is that the administration made the concession without getting a reciprocal concession from the Iranians.

This money laundering scheme is just one more example of how America was misled by former President Obama, former Secretary of State Kerry and their cronies when trying to sell the JCPOA to  America. Most of these lies weren’t reported (and still haven’t been reported by the MSM)  Additionally, parts of the deal were hidden from the public, and the Obama administration lied to America about other parts. Heck, the administration admitted it, in a New York Times Magazine piece Ben Rhodes explained how he led the administration’s efforts to misrepresent the truth in order “to sell” the JCPOA to the press. And now as they attempt to put pressure on President Trump to reverse his decision about leaving the JCPOA we learn how desperate the Obama Administration was to save Obama’s foreign policy legacy/