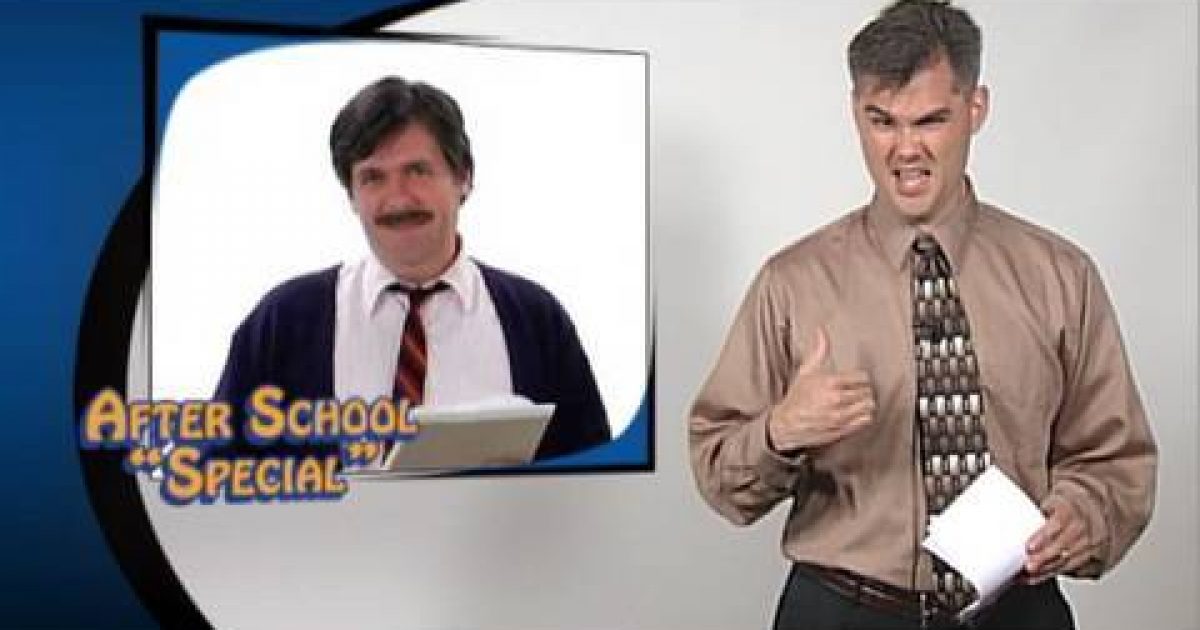 Note to readers of “The Lid:” As promised when the new redesigned version of  The Lid and our partnership with the Liberty Alliance was announced a week and a half ago, one of the great things about the new partnership is from time to time we will be able to share original content with our readers which was only made available because of being part of the Alliance.  While the vast majority of content on this site will still from my sick mind, there will be guest columns, not as a substitute for the regular content but as an addition.

The column below from Matt Barber Assoc. Dean, ADJ Asst. Prof. of Law at Liberty University and Editor in Chief of Barbwire.com is an example of the additional content.

Last week, in a strange fit of actual news reporting, the New York Times published an exposé revealing that, under this Obama administration, the Department of Defense is not only permitting the homosexual abuse of little boys at the hands of Muslim allies in Afghanistan, but is effectively facilitating it. A handful of U.S. servicemen have had enough and are courageously blowing the whistle on this unimaginably evil policy. Naturally, they’re being punished and drummed out of the service for doing so.

“Rampant sexual abuse of children has long been a problem in Afghanistan, particularly among armed commanders who dominate much of the rural landscape and can bully the population,” reports the Times. “The practice is called bacha bazi, literally ‘boy play,’ and American soldiers and Marines have been instructed not to intervene – in some cases, not even when their Afghan allies have abused boys on military bases, according to interviews and court records. …”

“At night we can hear them screaming, but we’re not allowed to do anything about it,” Lance Cpl. Gregory Buckley Jr. told his father, Gregory Buckley Sr., who recounted his conversation with the Times. “My son said that his officers told him to look the other way because it’s their culture,” Buckley added.

I sat down with Dr. Judith Reisman, research law professor and director of the Liberty Center for Child Protection, to discuss this shocking development. “Unfortunately, this has been going on for years, with the knowledge of our American government,” she told me. “I just received an email from one of my German child-protection colleagues. She included several links to violent torture films and photos of hundreds of real children being brutalized by animals in horrific scenes. There is no way the FBI, CIA, Interpol and all other policing agencies do not know about this, which is readily accessible.

“This is glamorization of ’50 Shades of Grey’ novels and films acted out on children, chained to beds, tortured, never to recover,” she added. “It’s a natural outgrowth of generations of Western ‘fee sex’ conditioning via the ‘sex science’ of violent bi/homosexual pedophile Alfred Kinsey in 1948 and his ‘pamphleteer’ Hugh Hefner, beginning in 1953. Kinsey’s claim he proved ‘children are sexual from birth’ has been supplemented by slow, devious conditioning of future generations through child pornography in Playboy. Can people be so brainwashed that they really believe we have always been so demonic?” she asks.

Even today, most are completely unaware that during his tenure at Indiana University, Kinsey facilitated, with stopwatches and ledgers, the systematic sexual abuse of hundreds, if not thousands, of children and infants – all in the name of science.

Among other things, Kinsey asserted that children are “sexual from birth.” He further concluded, based upon experiments he directed and documented in his infamous Table 34, that adult-child sex is harmless, even beneficial, and described child “orgasm” as “culminating in extreme trembling, collapse, loss of color, and sometimes fainting. …” Many children suffered “excruciating pain,” he observed, “and [would] scream if movement [was] continued.” Some “[would] fight away from the [adult] partner and may make violent attempts to avoid climax, although they derive[d] definite pleasure from the situation.”

Disturbing though this may be, what’s equally disturbing is that nearly all of today’s liberal “comprehensive sex education” curricula – such as that pushed by extremist groups like the National Education Association (NEA), Planned Parenthood and the Gay Lesbian and Straight Education Network (GLSEN) – is derived entirely from the criminally fraudulent, pro-pedophile “research” of Alfred Kinsey.

What’s even more disturbing is that, in addition to the DOD, Obama’s Department of Health and Human Services (HHS) has likewise embraced the debunked Kinsey sex-education model and has long pushed curricula based upon it.

You may recall, for instance, that during his first term, the Obama administration provided on the HHS “Questions and Answers About Sex” website, a “Quick Guide to Healthy Living” section which, like Kinsey, outrageously claimed that “Children are human beings and therefore sexual beings … which is healthy and normal.”

And what do “sexual beings” do? Well, they have sex, of course. “It’s hard for parents to acknowledge this,” admitted the page.

So we shouldn’t be surprised in the least that, since Obama repealed the military’s “Don’t Ask, Don’t Tell” policy a few years back, not only have we seen a massive spike in male-on-male homosexual assaults in the armed services, we now discover that this administration is looking the other way as similar homosexual assaults are being perpetrated against children.

After all, “Children are sexual from birth,” right? They’re “born that way.”

And so are the men who rape them.

Don’t be a pedophobe, you bigot.