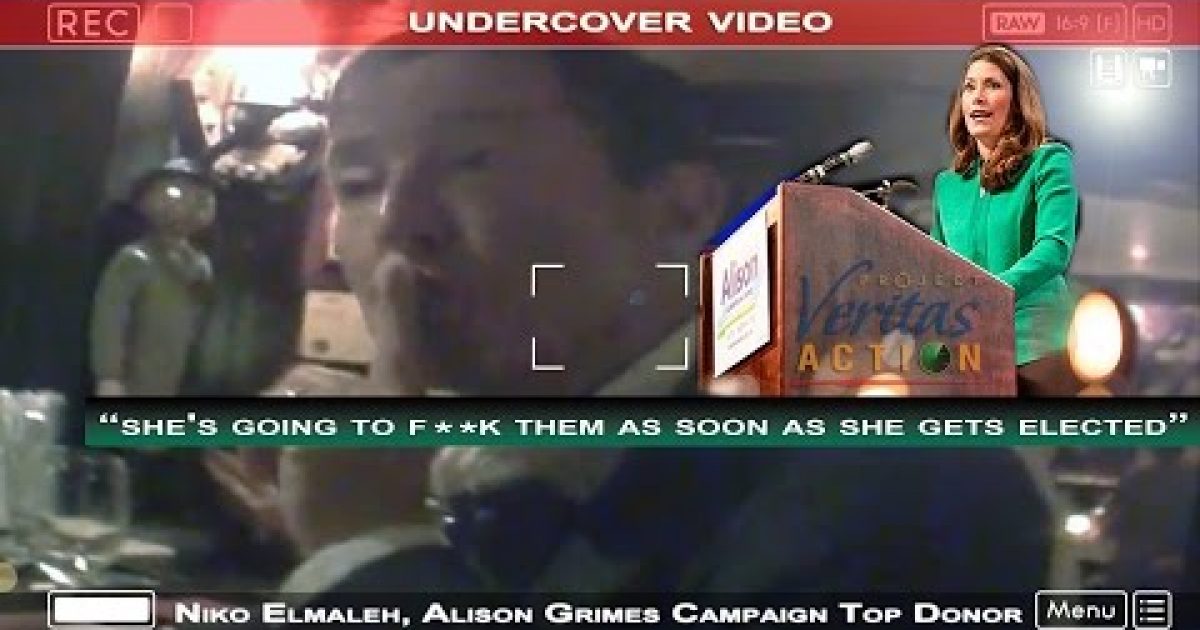 James O’Keefe and the crew at Veritas Action Fund are in a national search for supporter of Alison Grimes supporter who actually believes her campaign position that she’s not anti-coal industry. On Monday,  O’Keefe released a video in which various assorted Democratic operatives and Grimes supporters used the “L” word in describing her position.

Today O’Keefe has released another video (see below) in which eal estate tycoon Niko Elmaleh explains that Grimes will “f**k” the coal industry if elected.

Project Veritas (PV): And you think Alison will help us get rid of coal?

Niko Elmaleh: It’s not about talking.

PV: She’s got to get elected.

Niko Elmaleh: It’s about doing it.

PV: It’s not about talking about it. It’s about doing it.

VO: This Grimes campaign insider has no doubts about who the real Allison Grimes is and what she believes.

PV: So you know that Alison will help us stop coal?

Niko Elmaleh: Come on Dude. What do you think?

PV: I think yes, but I haven’t heard it straight up.

Niko Elmaleh: She can’t say it straight up.

Niko Elmaleh: No. She’s going to fuck ‘em as soon as she gets elected.

VO: This is just one of our investigations looking at the upcoming election. Project Veritas will leave no stone unturned…no matter how nasty a creature we uncover by doing so.

Niko Elmaleh: No. She’s going to fuck ‘em as soon as she gets elected.