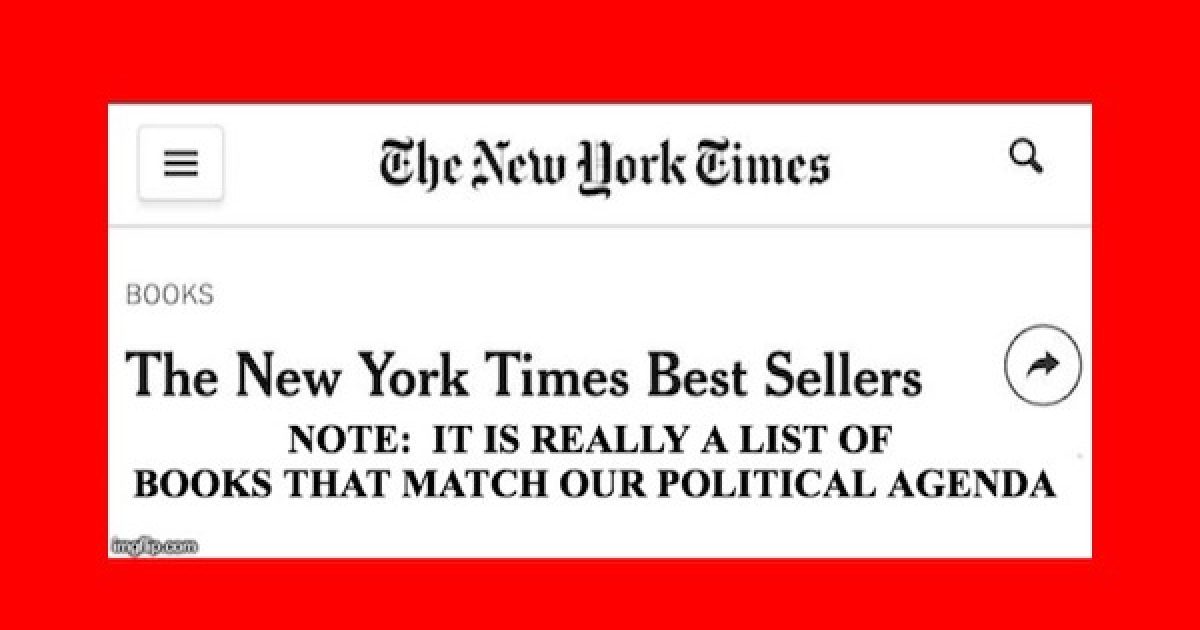 According to Wikipedia The New York Times Best Seller list is widely considered the preeminent list of best-selling books in the United States. But maybe that page should be reevaluated.  Because the NY Times Bestseller List, the ranking every author dreams of seeing their book on, doesn’t seem to be based on which books are selling best

One would think, being called the bestseller list would reflect which books sell the best. But to quote the late great Johnny Carson, “wrong again camel breath.”  It seems that by bestseller, the NY Times means which books are sold and best match their liberal agenda.

This week’s Publisher’s Weekly best-selling nonfiction hardcover list includes these three books in the middle of their list. As you can tell by the far right column, the list is in the order of the number of books sold. 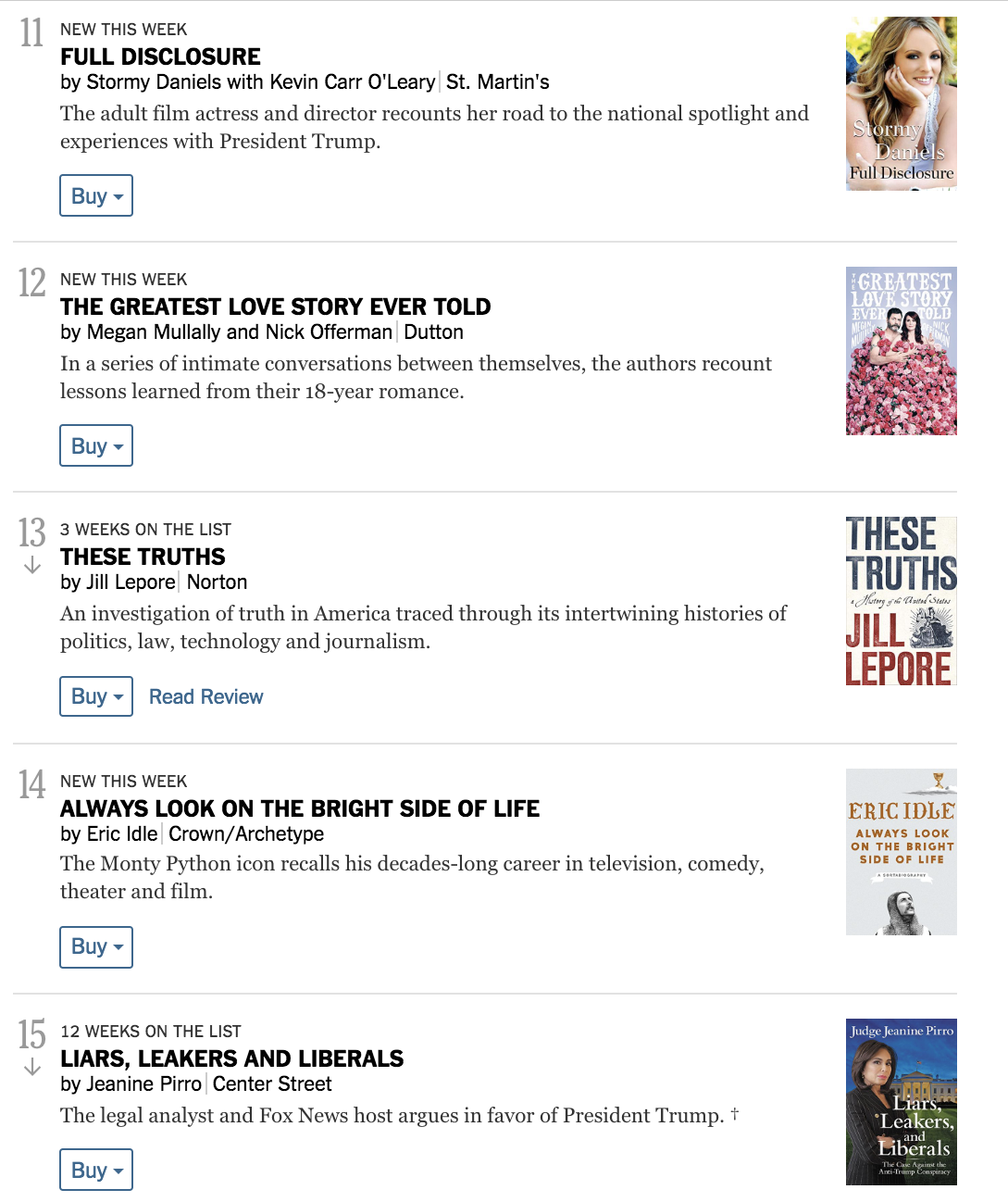 If you are looking for David Limbaugh’s book, Jesus Is Risen: Paul and the Early Church, don’t look too hard, because it didn’t make the NY Times’ list.

According to the Washington Examiner

Going by sales numbers, Limbaugh should be ranked seventh and Pirro eighth. Instead, Limbaugh doesn’t even make the list, which ranks the top 15, and Pirro is last.

It does seem strange, but instead of saying this is an example of bias right away I consulted with my son. He is a math major and was studying for his calculus three class. My son said that if the NY Times list is supposed to be a best seller list and the order reflective of book sales, then the math used by the NYTimes to determine which books should be on the list doesn’t match any math he ever studied.

Now granted he doesn’t take calculus four until the next semester (holy crap there IS a calculus four? I stopped at Algebra), it is more than likely that the NY Times Bestseller list doesn’t reflect a new math or some sort of math error.  The most likely scenario is that the NY Times is applying the same anti-conservative, anti-faith bias in its bestseller list as it does with the rest of the paper.  Maybe the name should be changed from the NY Bestseller List to the NY Times Books That Match Our Political Agenda List.