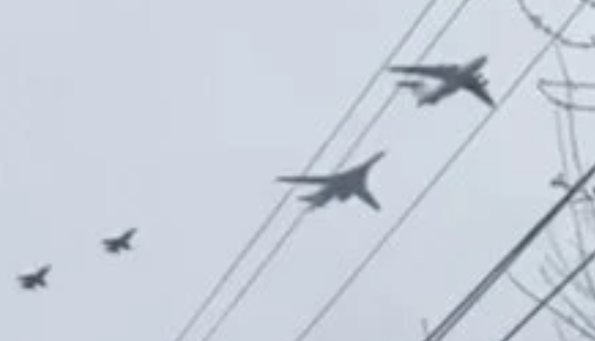 Was it for intimidation or training for a mission?

Russian planes used to carry the country’s nuclear weapons have been spotted flying within striking distance of Ukraine. The TU-95 bombers were accompanied by four Russian fighter jets and a refueling plane.

TU-95 bomber aircraft, also known as Bears, were seen over the Kaluga region between Moscow and the Ukraine border (video below).

Moscow’s defense ministry has not confirmed the purpose of the flights.

The propeller-powered Bears have been used previously to strike targets in Ukraine with non-nuclear weapons such as Kh-55 and Kh-101 air-launched cruise missiles.

The super-loud Tu-95 is the only propeller-powered strategic bomber still in operational use today, and the plane first flew 70 years ago.

Some reports claim that Putin has ramped up his offensive after Thursday’s humiliating sinking of the Moskva battleship. 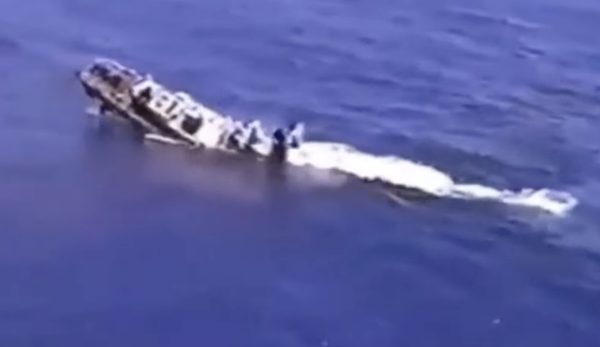 There is no confirmation that the ship followed the tradition set by the Titanic, featuring a band playing ‘Nearer, my God, to thee’ as it sank.

“All of the countries of the world” should be prepared for the possibility that Russian President Vladimir Putin could use tactical nuclear weapons in his war on Ukraine.”

When asked if he was worried about using nukes against Ukraine, Zelesnkyy did not shy away from the blunt response.

“They could– I mean, they can. For them, life of the people is nothing,” he added. “That’s why we should think, not be afraid. I mean, that not be afraid, be ready. But that is not the question for to Ukraine, and not only for the Ukraine, for all over the world, I think so.”

In all probability, the flight of the bombers and its entourage of fighters and refueling planes was conducted as a threat and scare tactic rather than a training mission. Putin is evil but not an idiot.