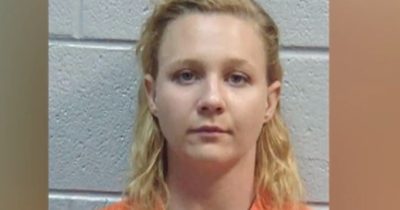 As our nation continues to reel from concerted efforts to expose our secrets to the public, one leaker’s plans prove just how delusional she really is.

Her name is Reality Winner, a moniker that is certainly the product of questionable upbringing, and she is the alleged source of leaks coming from within the NSA.  Winner was sniffed out by the intelligence community just days ago, and is currently being held in a rural Georgia prison, sans bail, due to the national security implications of her crime.

Not only did the young Ms. Winner has an unrealistic expectation of being able to conceal her crimes, as it turns out, Reality herself is a little stranger than fiction, based on new information being released about the lady leaker.

“Based on evidence seized from her home, federal prosecutors detailed Winner’s alleged plans to burn down the White House and travel to Afghanistan, pledging her allegiance to the Taliban.

“Winner opted to stay in her house for questioning and confessed her intent to release damaging classified material to an online media outlet she ‘admired,’ directing agents to find a screenshot of the mailing drop box for The Intercept on her cellphone. The material is described as top secret, detailing a Russian military intelligence attack on a U.S. voting supplier.

“’She has no history of being a threat to this nation. Only an asset,’ said Gary Davis, Winner’s stepfather.

“Prosecutors said a phone call to her sister expressed Winner’s confidence in how to play the court during her bond hearing.

Reality Winner is now the latest alleged source of classified information to be leaked from within the federal government in a year that has been rife with security lapses and intentionally misplaced data.  While many of the previous attacks have been attributed to Russian hackers by the democratic party, Winner joins a small club of American leakers who have turned to espionage in order to achieve their political goals.  In the case of Reality Winner, those goals were clearly to damage the American way of life through the sabotage of the current administration.

Previous alleged leakers, such as Seth Rich, (the likely source of Wikileaks’ access to emails from within the Hillary Clinton campaign and the DNC), had much different motivations.  The emails that made it to Julian Assange and his whistleblower website were used to expose massive corruption within the democratic party, an action that eventually led to the utter failure of Hillary Clinton’s campaign for President; a move that behooved the entire country in ways that may never fully be realized by the left.