Obama Lies About Lying, Then Justifies The Lie 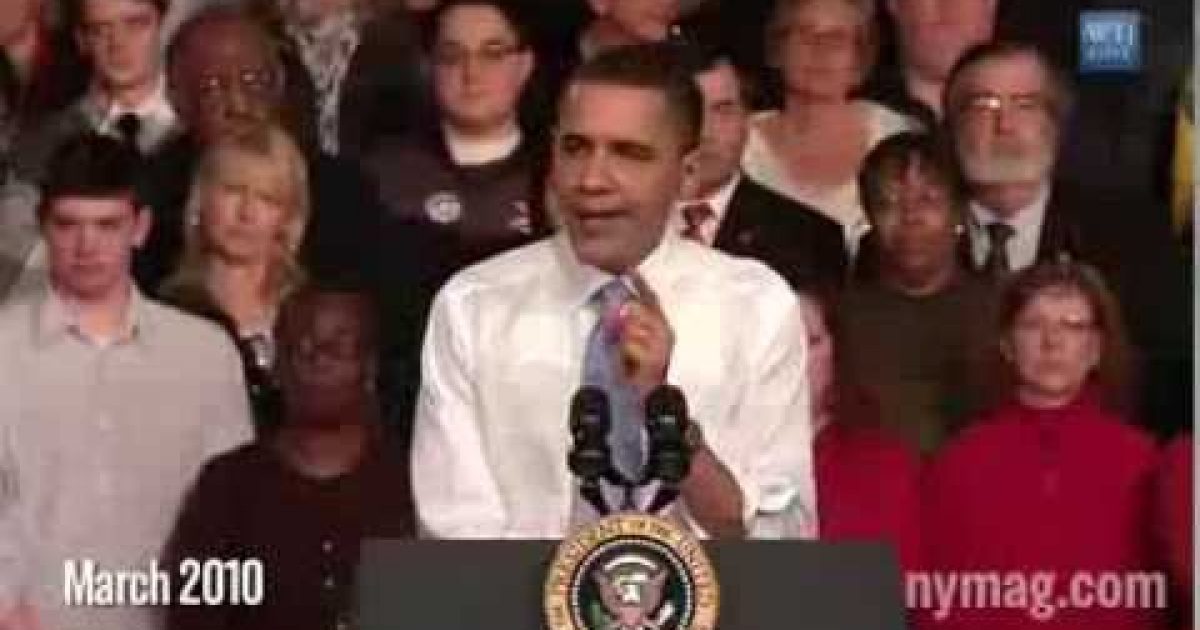 Last night President Obama gave a speech to his ongoing campaign organization, Organizing for Action, at the St. Regis Hotel in Washington. During his speech he talked about the failed Obamacare roll-out and his “you can keep your insurance, period!” promise.

At first he seemed to lie about his lie:

“What we said was you could keep it if it hasn’t changed since the law was passed,” he told Obamacare’s political beneficiaries and contractors.

That might be what’s in the law, but it’s not what he said.  Based on the video below, his claim about not lying is also a lie:

Later on in is speech,  he seemed to justify the lie:

“If we had allowed these old plans [to continue]… then we would have broken an even more important promise — making sure that Americans gain access to health care that doesn’t leave them one illness away from financial ruin, So the bottom line is, is that we are making the insurance market better for everybody,”

So which is it Mr. President, did the video above miss all the times you added a caveat to the your promise? Or did you lie to America…but for their own good?   The evidence says you lied and then lied about lying!