Now The Media Attacks Netanyahu For Doing His Job 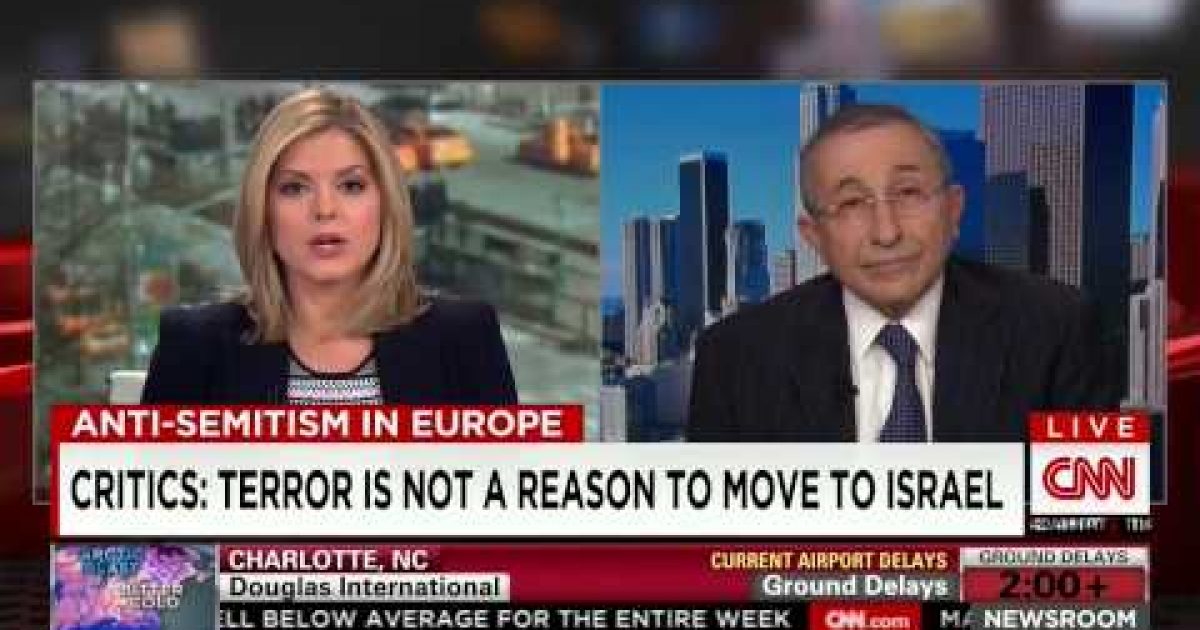 “Jews have been murdered again on European soil only because they were Jews and this wave of terrorist attacks – including murderous anti-Semitic attacks – is expected to continue,” Netanyahu warned.

“Of course, Jews deserve protection in every country but we say to Jews, to our brothers and sisters: Israel is your home. We are preparing and calling for the absorption of mass immigration from Europe.

“I would like to tell all European Jews and all Jews wherever they are: ‘Israel is the home of every Jew.’

Today the cable news world is going crazy, Richard Haass of the Center for Foreign Policy said on Morning Joe that Europeans and  Israelis are angry about the Prime Minister’s call for the Jews to come home. CNN kept quoting the former Danish Chief Rabbi who was not happy about Bibi’s invitation and added the objection of the secular former President of Israel, Shimon Peres.

It’s a basic tenet of Judaism, that Israel is our home and that ultimately all Jews will return to the holy land. In fact, one of the themes of the Passover Seder is that as Jews we can never be truly free unless we are in Israel. Near the beginning of the Seder we say “today we are slaves, tomorrow may we be free.”  It is why we end the Seder with a prayer and a phrase:

Pure and Holy One, dwelling on high, Raise up Your people with love And lead us to Zion in joyful song.

Next Year In Jerusalem!

That doesn’t mean we are required to move.  America for example, is my home, I have family members who fought in wars to protect her, others have fought and died to protect me, my family, my people, and all Americans. I am the type who sheds a tear when the Stars and Stripes passes by in a parade because I love my country and everything it has done for me.  But God forbid if the Antisemitism going on in Europe today was happening in America (and I doubt it ever will), I may have to make the difficult decision that many Europeans are thinking about.

That’s where Israel comes in.  In the 18 centuries between the Bar Kochba revolt in 135 CE and the establishment of the modern state of Israel, my people have wandered from country to country sometimes we were forced to leave such as the Spanish inquisition in 1492, other times we were force out by violence such as when my grand parents left Russia at the “urging” of the cossacks. During the Holocaust hundreds of thousands of Jews, maybe even millions could have been saved but no country wanted to take us in…not the U.S. (FDR thought the country had enough Jews), not the U.K. who not only banned more Jews in England, but also banned us from the holy land.

And if you think that Antisemitism in Europe was non-existent from 1945 till last the last year or two you are wrong. Decades of Government Anti-Israel positions have taken their toll. Years of the media promoting a moral equivalence between terrorist acts and Israel trying to protect its citizens have made Jews a target again. For years haters were able to transform from the banned Antisemitism, to the politically correct anti-Israel. Publicly they may have different goals but they have the same origin. And don’t forget the years of columnists talking about the Jewish lobby controlling foreign policy the financial institutions etc. that worked great also. Europe is not the safe haven for Jews that it was after Holocaust.

Douglas Davis wrote this about an incident at a Shabbos dinner table in 2009:

In July 2004  then Israeli Prime Minister Ariel Sharon caused a bit of an international incident when he told French Jews to move to Israel immediately to escape Antisemitism, just like Bibi did yesterday.

But like Sharon eleven years ago, Bibi is doing his job.  Israel will always be the homeland of the Jews and whenever Jews are in trouble where ever they live Israel will call them home. Just as they did with 7,000 French Jews in 2014, just like they did with 900,000 Jews after 1948 when they were kicked out of the Arab countries.

This Afternoon CNN Interviewed Rabbi Marvin Hier of the Simon Wiesenthal Center in L.A., I think he disappointed his host, because the Rabbi agreed with the Prime Minister:

The prime minister is only doing his job. He’s the prime minister of Israel. Only Jewish state in the world. He sees Jews being threatened and murdered throughout Europe and he says you’re welcome in Israel. He would be faulted if he didn’t say that by the people of Israel. He’s Israel’s prime minister. I do understand that some Danish leaders said, no, terrorism is not going to be a reason that we come to Israel. It’s fine if they feel that way. There’s no question that we have never seen since the end of the Second World War a spate of anti-Semitism like this. Even Hitler would be surprised. He wrote in his final will and testament that it may take a few centuries before people aspire to my philosophy. He would be shocked that all over Europe today, Antisemitism is back in vogue tragically so.

I think we have to ask the following question. It was a wonderful thing to see 3,700,000 people in the streets of Paris after the attack against the journalists. May we ask the question, where were the tens of thousands of people of Paris when Jews have been attacked month after month. Let’s have a hundred thousand people go into the street and protest what happened to the Jews. I would expect French people should say we’re not going to allow this ever to happen again to the Jewish community. If Jews are attacked, they should take to the streets because Jews were attacked. That’s not happened in Europe.