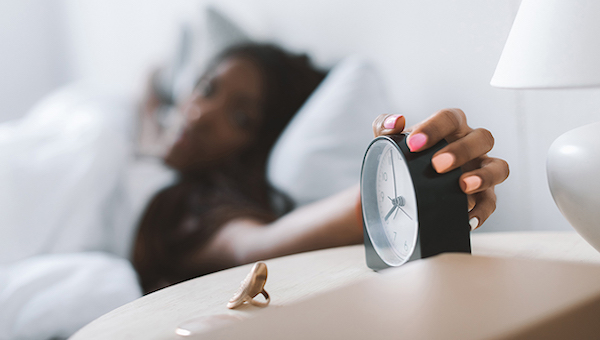 For the next page in the book “everything is racist,” CNN now says that Daylight Savings Time is “racist” against minorities.

No, really. They are serious. You stop that laughing.

This shocking revelation came in a new article by CNN health reporter Jacqueline Howard who deigned to give her piece entitled: “Daylight Saving Time sheds light on lack of sleep’s disproportionate impact in communities of color.”

“As the United States rolled back the clocks one hour this month to observe the end of Daylight Saving Time, many people got a bit more sleep than usual – but some not as much as others,” Howard gravely intones at the outset of her screed.

“Growing evidence shows that lack of sleep and sleep disorders, such as obstructive sleep apnea, remain more prevalent in black, Asian, and Hispanic or Latino communities, and these inequities can have long-term detrimental implications for physical health, even raising the risk of certain chronic diseases,” Howard continues.

Howard says, “some sleep researchers worry about the potential effects that continuing to change standard time twice each year may have on sleep health inequities.”

“Poor sleep is associated with a host of poor health outcomes, including obesity, hypertension, type 2 diabetes, cardiovascular disease, and certain cancers, including breast and colon,” Jackson told Howard. “Many of these health outcomes are more prevalent in the black population.”

Howard further alleged that “people of color appear to disproportionately experience” inequities in sleep health compared to white people. Without citing a source, Howard declares that people of color suffer sleep inequalities because it’s “believed to be largely due to social systems in the United States.”

The left-wing activist posing as a reporter concluded, “It is believed that discriminatory policies and practices across sectors of society create the physical and social conditions that make it more difficult for Black families to get optimal sleep and grow up healthy.”