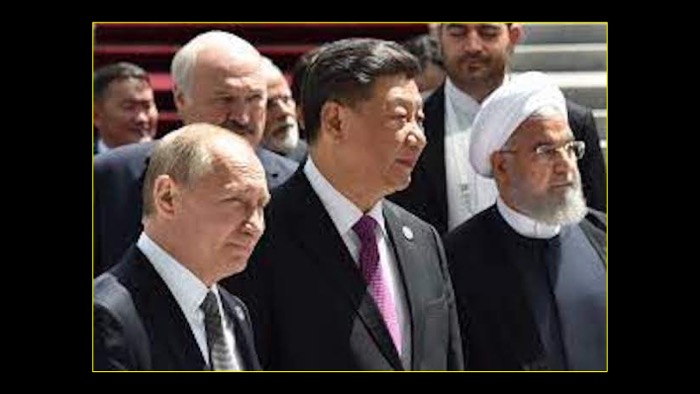 After a decade of democracies kowtowing to authoritarians, 2022 finally witnessed a few setbacks for strongmen. The world’s most rogue tyrants — Xi Jinping, Ayatollah Ali Khamenei, and Vladimir Putin — saw some pushback to their totalitarianism.

Russia’s disastrous war in Ukraine, China’s inefficacious war against COVID-19, and Iran’s despicable war on its oppressed women are testaments to the evil of systems where leaders are not accountable.

Still, neither Putin, Xi, nor Khamenei seems chastened. Their Maoism, Islamism, and irredentism will probably continue, and we must continue to fight. Recep Erdoğan, Nicolás Maduro, the Taliban, and some communist named Cruz still rule Turkey, Venezuela, Afghanistan, and Cuba, respectively, proving it’s a long struggle.

In portions of the West, despite what the cable news sandbox wants you to believe, the rise of populism has also been slowed.

This is evident by Boris Johnson’s resignation in Britain, the defeat of Jair Bolsonaro in Brazil, and the re-election of Emmanuel Macron in France.

Donald Trump’s year of constant losing diminished his 2024 presidential campaign launch last month, while his hopes of securing the GOP nomination for a third consecutive time are already fading.

Any revolution against the “establishment” — an ambiguous term without much meaning — is failing, seemingly more a brief outburst, often fueled by conspiracies and bromides.

But out-of-touch elites also had a rough year. Their assumption that the masses will eventually come to their senses is snobbish when history tells us premature self-aggrandizement by the ruling classes seldom ends well.

Despite the setbacks as mentioned above, the populist cause advanced in Hungary, Italy, Sweden, and potentially even the latest iteration of Benjamin Netanyahu’s leadership in Israel.

One could argue it also did in the United States, with convincing re-elections of strong-willed governors in California, Florida, Georgia, Illinois, Iowa, Michigan, Minnesota, South Dakota, and Texas.

A lesson to draw is that voters have not embraced the technocrats and governing classes. As a friend emailed last week, “they simply rejected the buffoonery and narcissism of recent champions, like those who marked the year’s ending by peddling digital cards of himself posing as an astronaut or something.”

On the global stage, the isolationist wing, which has never learned a darn thing from military history, continues to lose, even as its adherents double down.

John Adams once mused that he “must study war that my sons have the liberty to study philosophy.” Americans who don’t follow Carlson or Glenn Greenwald understand this, but too many Europeans declined to study history, and now they must study war again.

And even though they cannot control the southern border, at least Team Biden may have ended the execrable Iran Nuclear Deal.

Elon Musk is imperfect, to put it mildly, but by pilfering Twitter from the grip of insular Stalinists who dominate our culture, he significantly contributed to freedom and public discourse.

As some mused this week, it’s hard to tell if the populist movement is gone or if it still exists in some form; but as I mused two years ago, populism is often dangerous and destabilizing, which is what tyrants prefer.

Make a New Year’s resolution not to give Putin, Xi, or the Ayatollah what they seek.