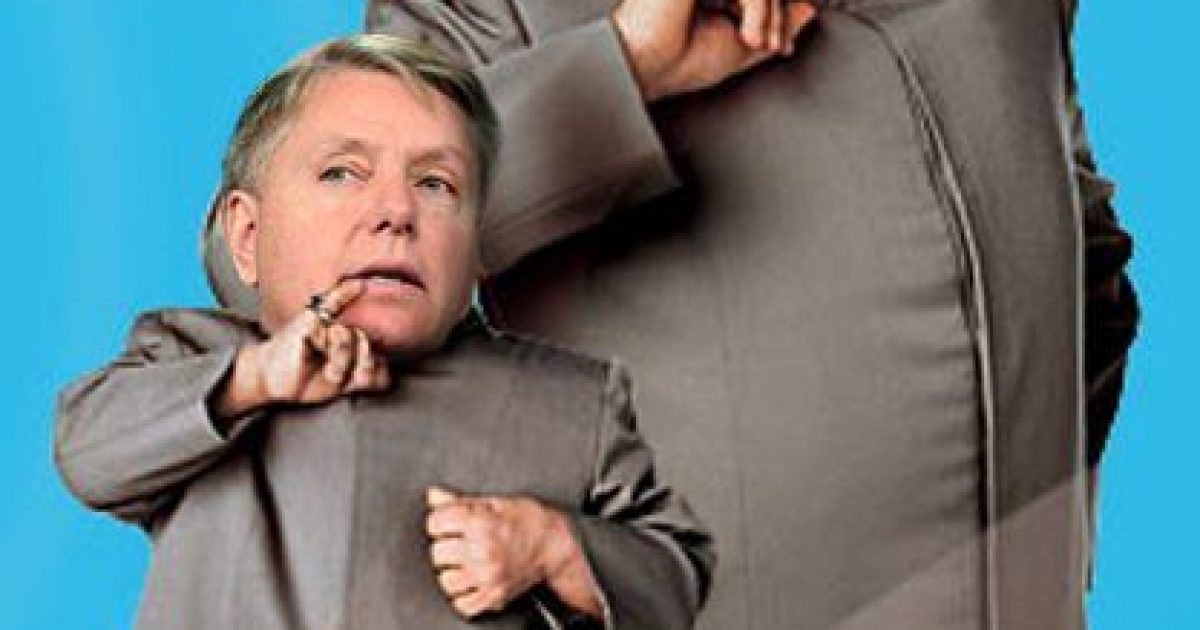 There is some distention over the debate format for CNN and Fox.  Both are limiting the number of people in their GOP presidential nomination debates to ten candidates. Most of the contrary opinions believe all of the GOP candidates should be included. Personally, I believe that the number should be reduced even further. Even ten people in a debate make it an unwieldy mess, leaving the voter with little idea of the candidate’s positions on a specific matter.

To that end, allow me to suggest four candidates whose campaigns should be cut off before they really get off the ground.  My choices have nothing to do with the issues and everything to do with easily identified flaws and are made with tongue only slightly in cheek.

Lindsey Graham: The Senator from South Carolina is basing his entire campaign on a negative, to make sure Rand Paul doesn’t get the nomination.  As bad as Rand Paul was on Thursday for breaking Ronald Reagan’s 11th Commandment, Lindsey Graham was worse because he incited Paul’s rage. While Graham is a Colonel in the Air Force Reserves (which gives him extra points) would make a much better President than Hillary Clinton, in early polls Graham isn’t even doing well in South Carolina where name recognition should put him in the lead. The RCP average for the S.C. primary (still a far time away) has Graham placed third 6% which wouldn’t be bad if it wasn’t his home state. Also there is that rumor that Graham can’t speak unless he is sitting on John McCain’s lap with McCain’s hand up Graham’s back.

Rick Santorum is a good person; one can really respect how he loves his children. He was also the first Republican I ever endorsed during a primary season (2012). An endowment revoked a month later when he made needless attack on Mitt Romney. If Santorum wins the nomination he would get my vote because he would make a much better President than Hillary Clinton. But that is not very likely to happen. Santorum is running because he truly believes his second place finish in 2012 can be used as a jumping off place to the 2016 nomination.  The only problem was that his second place finish had little to do with him and more to do with the fact that he was not Mitt Romney and was the last conservative standing.  Granted we are far away from the first vote, but Rick has some name recognition and still only generates 2.3% in the polls. And as for the second place finish, to paraphrase Jerry Seinfeld,  “ When you finish second, that’s like congratulations, you almost won. Of all the losers, you came in first of that group. You’re the number one loser.”

George Pataki was governor of my home state of New York for a dozen years. He always seemed like a good man. Pataki was a good governor who cut NY’s spending. And I still picture him standing behind Rudy Giuliani as America’s Mayor was running the post 9/11 NY City cleanup.  And that is one of my issues with Pataki, he always let others be the leader, he might have been running things in the background but it never seemed that way. We are just finishing up eight years of a president who isn’t a good leader.  Pataki as a leader would be better than Obama, but would it be enough? Also there is the issue of his lack of name recognition. Few outside of NY (and some inside) know who he is, and he has no foreign policy experience.  But like the two candidates above, Pataki would make a much better President than Hillary Clinton.  And then there is that other huge issue—that lousy comb-over.

And finally “The Donald,” Donald Trump, the Bloviating, Billionaire of Birtherism. What can I say about Trump that he hasn’t said himself? Trump is a successful businessman who unlike Obama knows how to make decisions. However the lack of diplomacy in his rhetoric does not make it seem as if he would work well with congress, our allies, or our enemies. “Hey Vladimir, you stink, you’re fired”

If I ruled the world (I don’t even rule my own home) my first action would be to eliminate the above four from the primary effort, and then perhaps another four-six a few weeks before the first debate.  That would leave six candidates to battle things out during rest of the primary season.  But I don’t rule the world so all I can do is ask nicely.