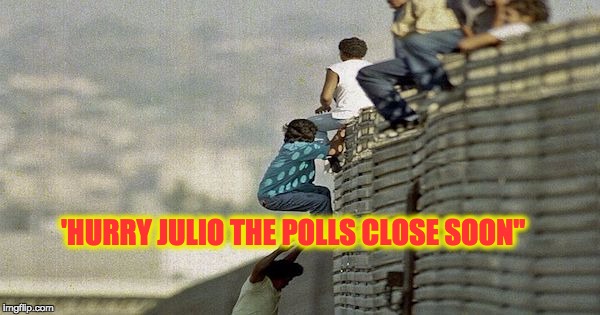 I’m sure that liberals in the media will dismiss this as a “conspiracy theory” or “fake news,” since it does not support their narrative.

Based on national polling by a consortium of universities, a report by Mr. Richman said 6.4 percent of the estimated 20 million adult non-citizens in the U.S. voted in November. He extrapolated that that percentage would have added 834,381 net votes for Mrs. Clinton, who received about 2.8 million more votes than Mr. Trump.

Mr. Richman calculated that Mrs. Clinton would have collected 81 percent of non-citizen votes.

Still, the finding is significant because it means non-citizens may have helped Mrs. Clinton carry a state or finish better than she otherwise would have.

The President came under fire after he made comments at a private meeting with congressional members suggesting that anywhere from 3 million to 5 million non-citizens voted for Hillary Clinton.

Immediately, the media dogged White House spokesman Sean Spicer, asking for evidence of such a claim. The media claimed it was a conspiracy theory and fake news.

President Trump then announced he was requesting an investigation into voter fraud, which equally incensed liberals. CNN’s Chris Cuomo all of a sudden became a fiscal conservative and questioned whether that was a responsible use of taxpayer funds.

It’s true that 800,000 non-citizens voting for Hillary is a good bit less than what Trump and many other conservatives estimated. But it’s nothing to sneeze at. And it’s way more than liberals’ estimate of maybe a dozen. As is so often the case, the truth is somewhere in the middle.

I think this find provides support for the investigation Presient Trump has requested.