NJ Democratic Party Mayoral Candidate, ‘This Is Gonna Be A F***ing (N-Word) Town’ 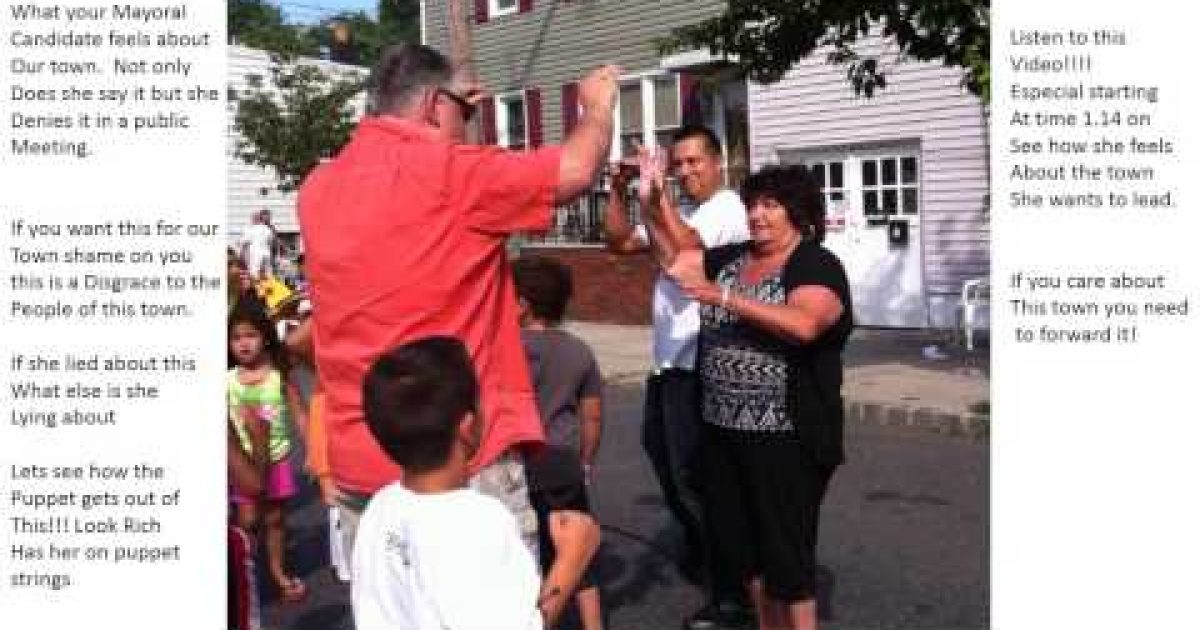 The voicemail was left by the former chairman of Belleville’s planning board, Sam Papa, and made to Councilman Kevin Kennedy; the voice screaming a racist rant in the background is credited to Burke. It was posted on You Tube last month, but the forensic lab first reported its findings on Tuesday.

Strumolo-Burke is running against incumbent Mayor Raymond Kimble in the June election. A longtime Belleville resident and councilwoman, she has repeatedly denied the allegations.

In an email to The Star-Ledger, she accused Kimble of engaging in dirty campaign tactics.

“I am outraged and I am ‘100% certain’ that Kimble’s fingerprints are all over this report. We don’t need to pay thousands of dollars to a laboratory to prove that these false accusations lead right back to Kimble,” she wrote.

Edward Primeau, director of Primeau Forensics Lab in Michigan, who analyzed the recording, was close to certain the voice was Strumolo-Burke’s:

“It’s her. It’s the same person,” he said. “Her speaking style, her pacing. The delivery of all the words spoken in both samples are identical.”

Primeau said he could only rule the voices were “100 percent” identical if Burke were to read the statements made on the phone call aloud, so he could compare them.

The $1,320 bill for the analysis was paid for by a group of “concerned citizens” led by Thomas Grolimond, according to Primeau. Mr Grolimond, who is a member of the town’s Department of Public Works, was hired while Kimble was mayor, and is a Kimble supporter, but he claims the analysis was not funded or ordered by the Kimble campaign.​ The Belleville town council members voted to request a censure from the Democratic National Committee of Strumolo Burke due to the purported comments.