NYTimes, Rolling Stone, Others Get BAD News On The Nick Sandmann Lawsuit 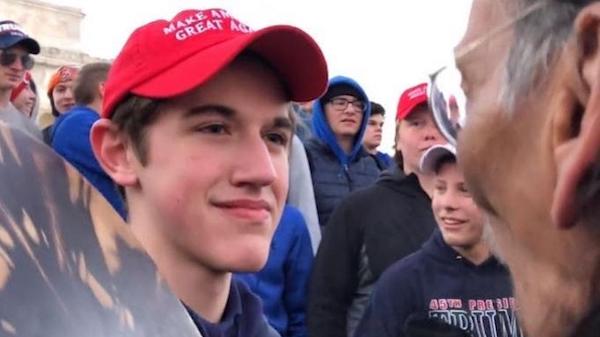 In the broken world we live in, we’re often forced to cover outrage, criminality, horrors, or nuttery. But every once in a while, a feelgood story comes along that is a genuine delight to write. This is one such story.

Nick Sandmann, you will remember, became a national headline when he and his classmates were being harassed, first by a bigoted group of ‘Black Hebrew Israelites,’ and then by a Native American activist with a drum.

Being a white guy in a MAGA hat, media hacks quickly rushed ahead to decide the framing and narrative of who the good guys and bad guys were in their portrayal of events. In their rush to make them (in)famous, they didn’t bother to fact-check any of their assertions. This was a decision that came to haunt them afterward when the facts came to light, and the lawsuits were filed.CNN had to settle out of court for an undisclosed large sum. Washington Posted settled also.

Now, other entities who slandered him are in the hot seat. The New York Times, Rolling Stone, ABC, CBS are all facing their turn in the defamation suits.

Motions to dismiss were heard by the judge. They were denied.

“Today marks another important step towards achieving justice against a media that thinks it has a license to smear.” — PostMillenial

It serves these big bully megacorps right for punching down on a kid for the ‘sin’ of wearing that iconic Trucker’s hat.

Sandmann recently delivered a speech at the Republican National Convention, recounting the incident from his perspective and the relentless backlash he faced from mainstream media.