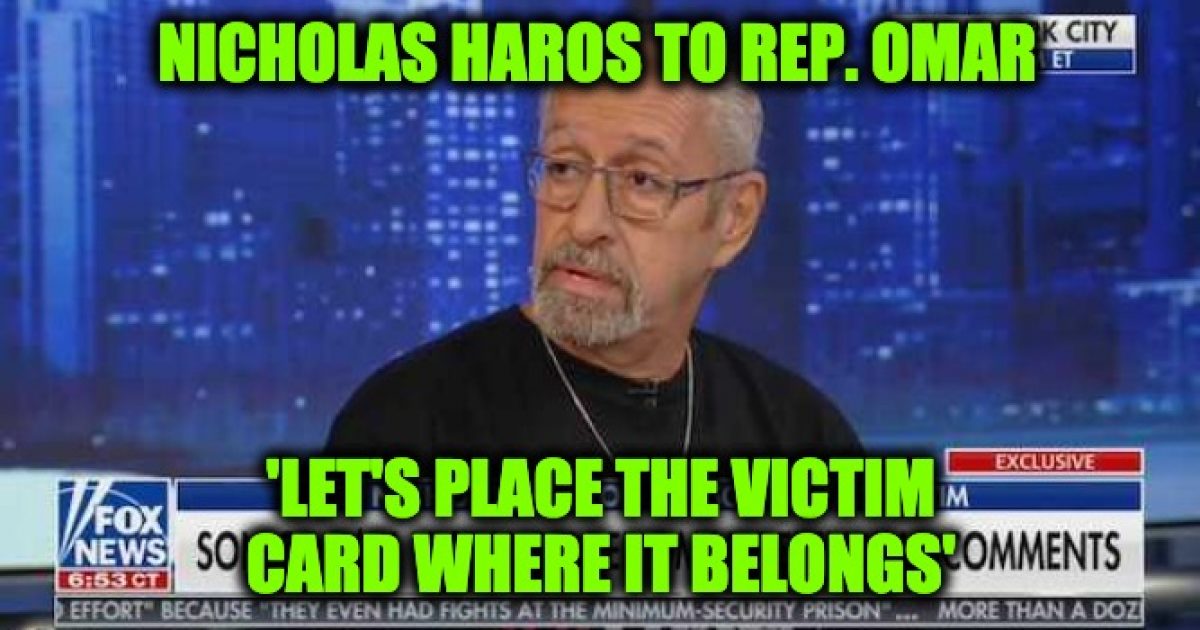 During this year’s 9/11 ceremonies, Nicholas Haros Jr. had a message for freshman Congresswoman Ilhan Omar blasting her for the “some people did something” comment. Nicolas wore a black T-shirt with the words “Some people did something” as he read a list of victims’ names, including his mother’s. His mom Frances Haros was killed in the World Trade Center attack at age 76.

Omar was on “Face The Nation” this week and was asked if she understood why her “Some people did something,” comment was offensive to the victims of 9/11 and their families. Her answer made it obvious that she doesn’t understand (or doesn’t care). Instead of answering, Omar talked about the “backlash” against her and other Muslims after the 9/11 attack trying to make herself seem like a  double victim.

I mean so, 9/11 was an attack on all Americans. It was an attack on all of us. And I certainly could not understand the weight of the pain that the victims of the- the families of 9/11 must feel. But I think it is really important for us to make sure that we are not forgetting, right, the aftermath of what happened after 9/11. Many Americans found themselves now having their civil rights stripped from them. And so what I was speaking to was the fact that as a Muslim, not only was I suffering as an American who was attacked on that day but the next day I woke up as my fellow Americans were now treating me a suspect.

Nicholas Haros Jr. wasn’t having any of that. He appeared on Fox News’ “The Story with Martha MacCallum” and ripped what Omar said on “Face The Nation.”

Well, I thought about it and what I heard her say the second time was that she cannot feel pain for the families. And that we should just remember and never forget, not the day, but the aftermath. And I think that doesn’t quite hit the mark,

He pointed towards his Christian and Catholic background with, “forgiveness must be in my vocabulary.” Then Nicholas Haros spoke directly to Rep Omar.

I don’t personally need an apology, but I do think you need to apologize to the American people —You can continue to support a fringe group of Muslims. I called out no such message. My message was specific to your remarks and 19 specific terrorists. ”

And he finished with the piece de resistance

All I would suggest perhaps, that let’s place the victim card where it belongs and that’s on the family