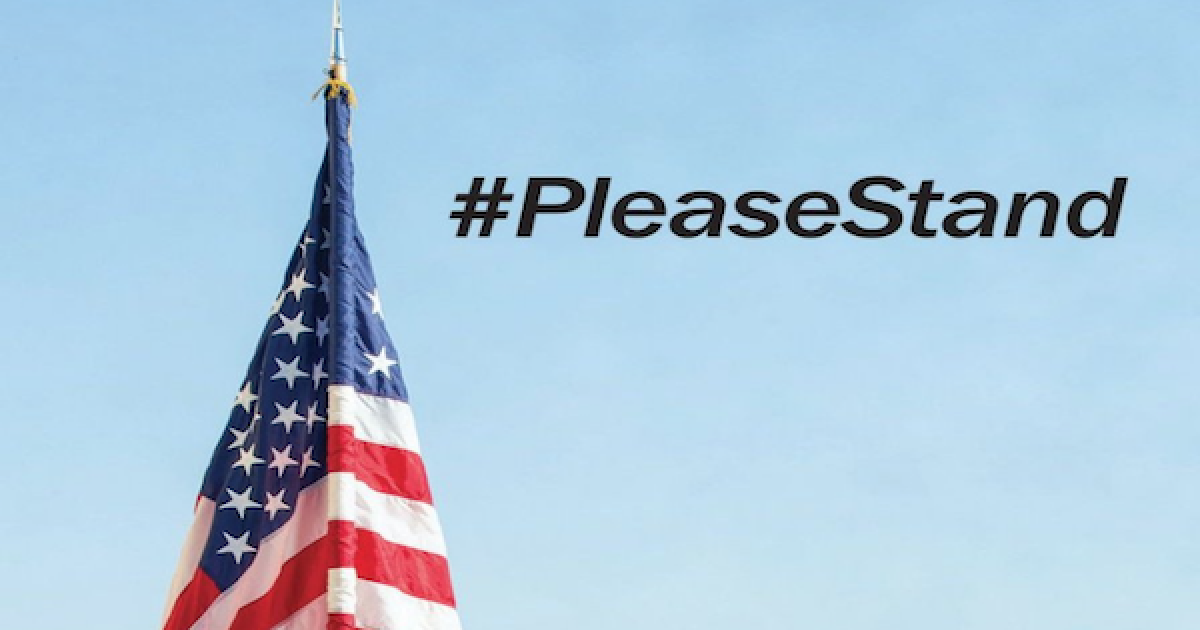 The NFL doesn’t understand this one very important rule, “When you find yourself in a hole, stop digging.” Their latest shovel full of mistake was rejecting an ad from AMVETS. The print ad had an honor guard holding “Old Glory” with the words “Please Stand.”

It is disgusting that the NFL would reject and refuse to show an ad from AMVETS veterans group which asked people to stand for the anthem. NFL Vice President of Communications Brian McCarthy allegedly claimed that the Super Bowl was for entertainment and not politics. McCarthy added, “It has never been a place for advertising that could be considered by some as a political statement.” That ad was not about politics, it was about patriotism.

Face it, it’s outright disrespectful for ANYONE to kneel during the national anthem. That goes twice for people like NFL players who make millions for playing a game and have a massive platform of influence.

Standing for the national anthem is not politics, taking a knee and dishonoring the flag is politics. But the NFL let that go on.

While McCarthy didn’t accept the “Please Stand” ad submitted on Wednesday, he said the league did accept other taglines supporting veterans.

AMVETS National Commander Marion Polk blasted the decision as a form of “corporate censorship” and argued “freedom of speech works both” for football players and veterans.

“Imposing corporate censorship to deny those same rights to those veterans who have secured it for all is reprehensible,” Polk added that “veterans are good for more than just military aircraft flyovers, photo opportunities during halftime, or props to sell camouflage-style NFL apparel.”

President Donald Trump created a media firestorm last year when he suggested NFL owners should say of protesting players, “Get that son of a bitch off the field right now … he’s fired.” While speaking to a crowd in Alabama in September, Trump told attendees that NFL fans should leave the stadium when players kneel during the anthem.

Goodell later lamented the controversy, saying he wanted players to stand during the national anthem. During a press conference in October, however, he said that during an annual meeting with players and owners, he didn’t ask for their commitment to stand.

Because of the players’ disrespect for the country that gave them so much, NFL ratings and attendance were way down this past season.