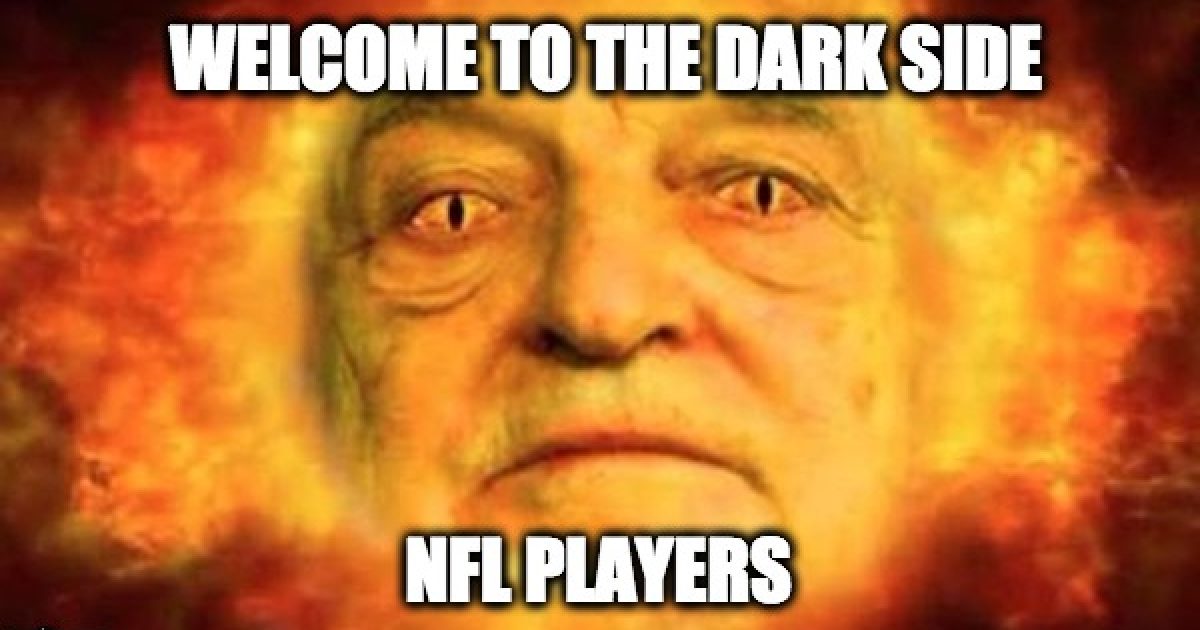 Long before President Trump’s public scolding of NFL players for kneeling during the national anthem, the National Football League Players Association (NFLPA) was donating some of their dues to organizations also backed by George Soros. These groups support liberal causes and are part of the “resist” President Trump movement.

2nd Vote, a conservative organization that tracks corporations and organizations funding of liberal causes, is reporting that the NFLPA has donated to many leftist groups including a prominent anti-Trump resistance group called the Center for Community Change Action (CCC). A recent Washington Free Beacon scoop explains the Center for Community Change Action has “been involved in direct action against President Donald Trump and Republicans before and after the November elections.”

Per the latest available CCC Annual Report (2015)  which is embedded below NFL Players Association and George Soros’s Foundation for Open Society and the Soros funded Tides Foundation donates to help support of the center’s work. One example of that work was a 2016 election effort targeting voters in swing states who might object to the President’s policy on illegal immigrants:

We are continuing to ramp up our canvassing work in Virginia to put a stop to Ed Gillespie and his hateful rhetoric. https://t.co/C3GyvzlgGF

CCC is not the only liberal/ anti-Trump cause supported by the NFL Players,

The NFL players’ support of liberal, anti-Trump causes aligned with progressive sugar daddy George Soros gives context to the protest started by Colin Kaepernick and the reaction to President Trump’s criticism. In his book, The Age of Fallibility: The Consequences of the War on Terror, Soros said:

“The main obstacle to a stable and just world order is the United States. This is a harsh — indeed, for me, painful — thing to say, but unfortunately I am convinced it is true.”

When one looks at the causes they support and who they align with,  it seems quite natural for the players to dishonor a country that despite its imperfections, is still the greatest and freest Nation the history of mankind.