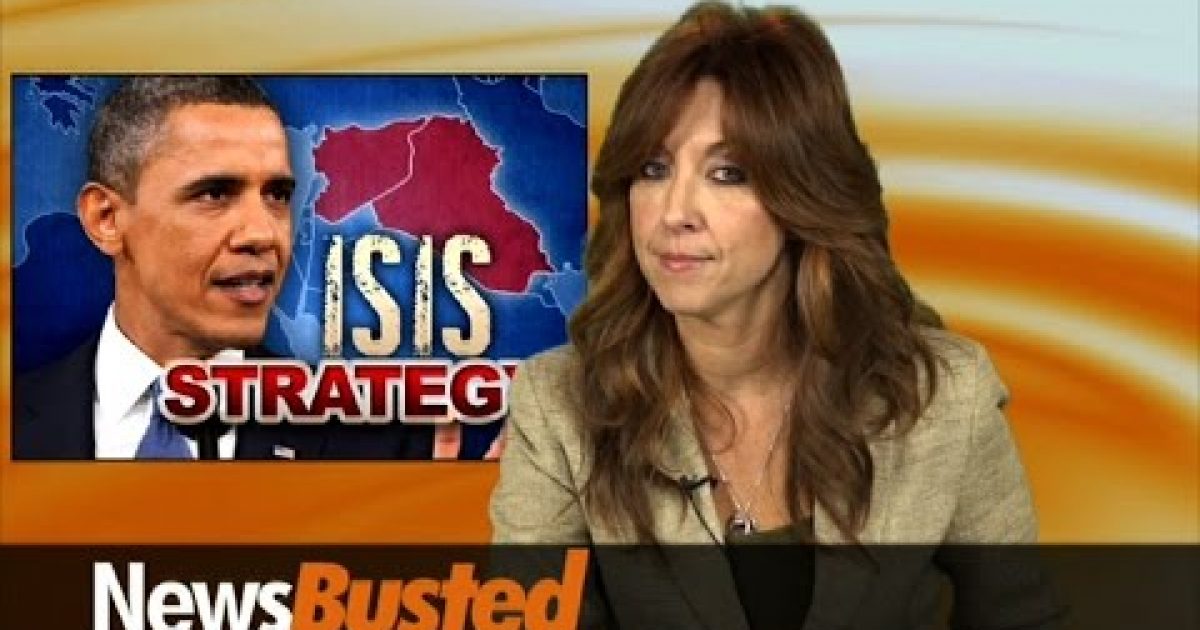 This past Sunday’s news shows saw President Obama getting slammed over and over for what perceived as a weak strategy against ISIS in Syria. Much of the criticism came from member of his own Democratic Party. There is some good news however.  According to Newsbusted Anchor Jodie Miller, a new poll shows the President has a 90% approval rating for his Syria ISIS strategy.  The bad news is that it’s 90% of ISIS member (see video bel0w).

Other items included in Newsbusted the weekly faux news feature from Newsbusters.org   (embedded below) include; all the different names for ISIS; Martin O’ Malley’s only two points behind; the Charlie Sheen HIV announcement;  and much, much, more.

Please make sure you watch the video below because something bad always happens to the people who don’t. Last week the Britain’s Prince Charles forgot to press play and he started saying dumb things about the Syrian war and climate change on the BBC.  So if you don’t want to be remembered for spewing idiocy on British TV, you better press play.