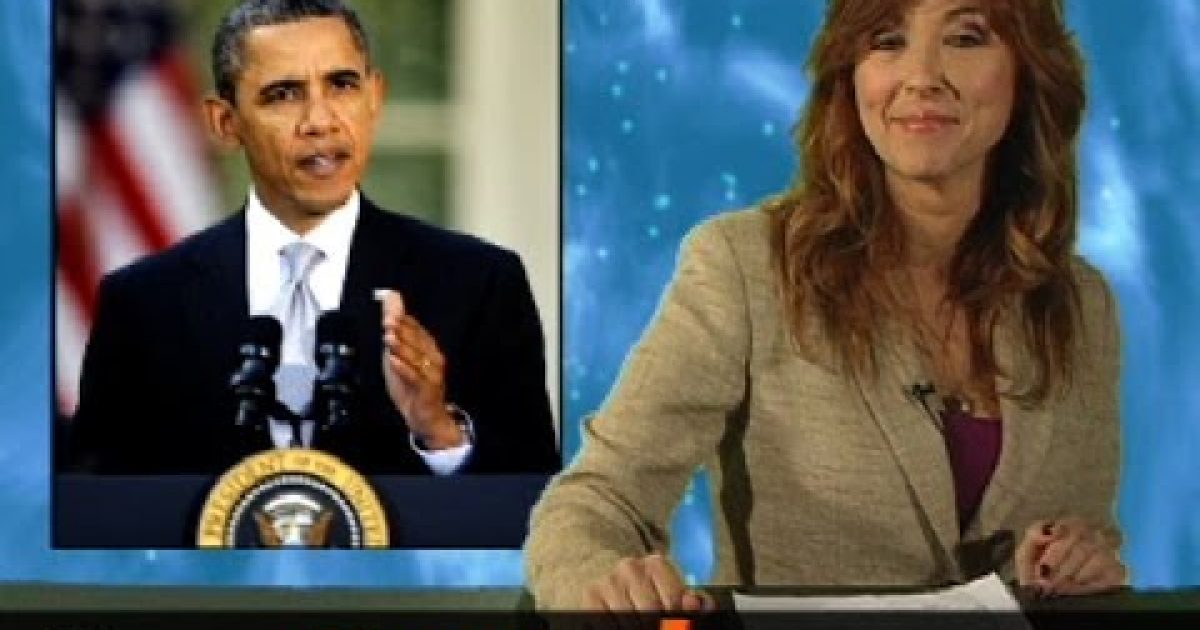 On his first day as President, Barack Obama signed an order to close Guantanamo Bay. Five years later its still open. In fact the president repeated the promise to close the prison camp during his State of the Union Address last week. According to Newsbusted Anchor Jodie Miller, the president is about to sign an order to transfer the remaining Gitmo Prisoners out of the prison. The prison camp is not going to close however, the President plans to turn Guantanamo into a prison camp for Republicans who fail their politically directed IRS Audit.

Other news items covered in the latest installment of Newsbusted the weekly faux news feature from Newsbusters.org (embedded below) include; Chuck Todd and the guys from Duck Dynasty; the latest in the deport Justin Bieber movement; Obama’s latest executive orders ; and much, much, more.

Please make sure you watch the video below because something bad always happens to the people who don’t. Last week Peyton Manning forgot to press play and we know what happened to him in the Super Bowl. So if you don’t want to be embarrassed on National TV you better press play.