Newsbusted Exclusive: Obama “I Cannot See The Gulf of Mexico From My Golf Cart!” 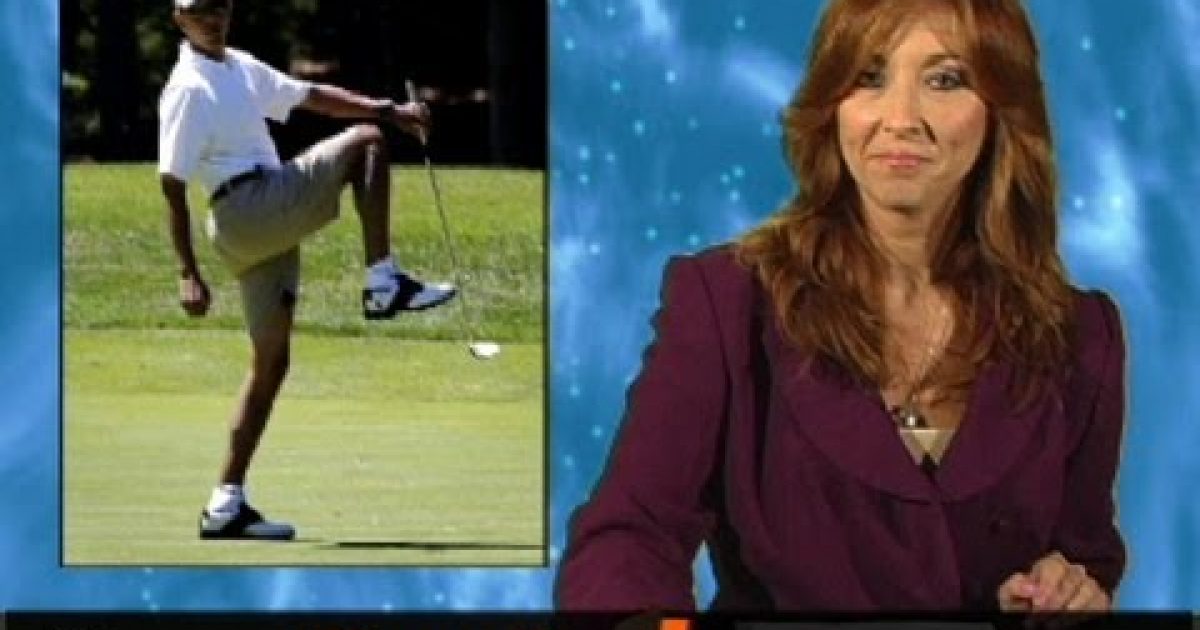 Many were surprised last week when the President of the United States appeared on the Jay Leno and described states such as Georgia and South Carolina as “Gulf States” despite the fact that neither state borders the Gulf of Mexico.  In an exclusive interview by Newsbusted anchor Jodie Miller (see video below) we learn the reason for Obama’s mistake. According to the POTUS the source of his faux pas was that he cannot see Mexico from his golf cart

Other news items covered in the latest installment of Newsbusted the weekly faux news feature from Newsbusters.org (embedded below) include; more on the WAPO sale;  Obamcare’s increase in insurance costs; Anthony Weiner’s medical records;  and much, much, more.

Please make sure you watch the video below because something bad always happens to the people who don’t.  Last week Senator Mary Landrieu forgot to press play and she was greeted with an embarrasing visit from the Stupid Fairy.  So if you don’t want a visit from a cigar-smoking balding guy wearing a white tutu and white wings…you better press play!