Newsbusted: Bush #43 Converting To Islam (Only Way Obama Will Stop Blaming Him) 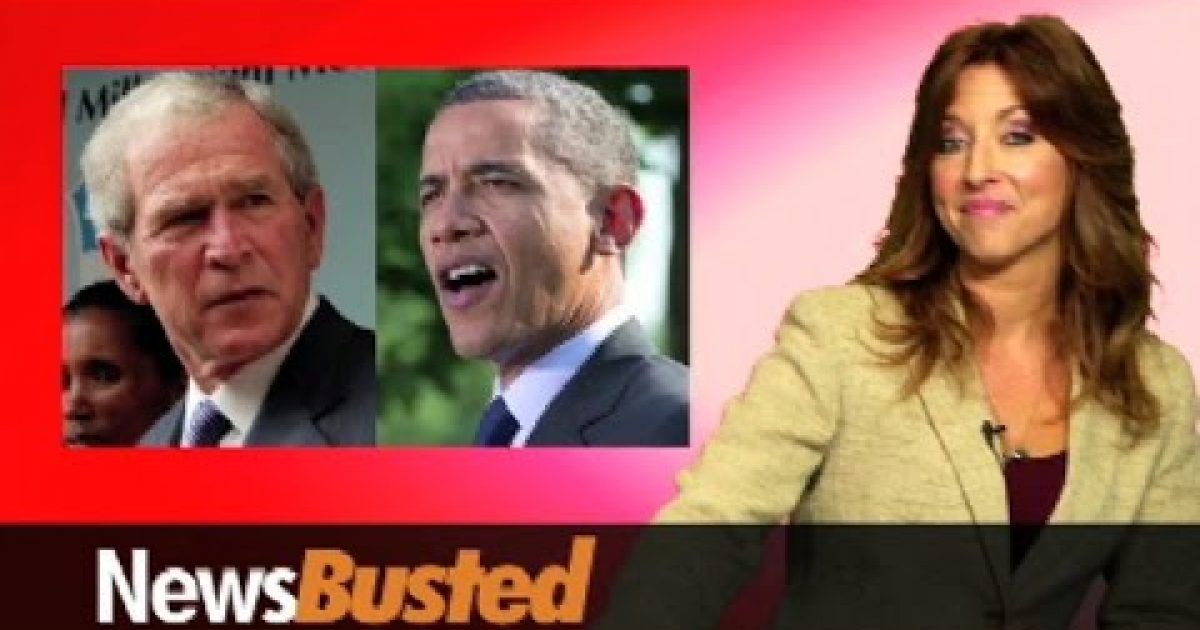 Even though he has been President for over six years Barack Obama is still blaming everything bad on his predecessor George W. Bush. Most recently he even blamed Bush #43 for the growth of ISIS even though when Bush left office Iraq was stable.  According to Newsbusted anchor Jodie Miller the former president has a plan to stop the endless false criticism, he plans to convert to Islam because everybody knows President Obama would never criticize a Muslim.

Other news items covered in the latest installment of Newsbusted the weekly faux news feature from Newsbusters.org (embedded below) include; Dems looking for new faces to run against Hillary for 2016; Mitt Romney to box Evander Holyfield for charity; NASA develops most powerful rocket booster ever;and much, much more.

Please make sure you watch the video below because something bad always happens to the people who don’t. Last week nobody on the Kentucky Men’s Basketball team pressed play and they lost their chance at a perfect season. So if you don’t want to lose your chance at being perfect ….you better press play.