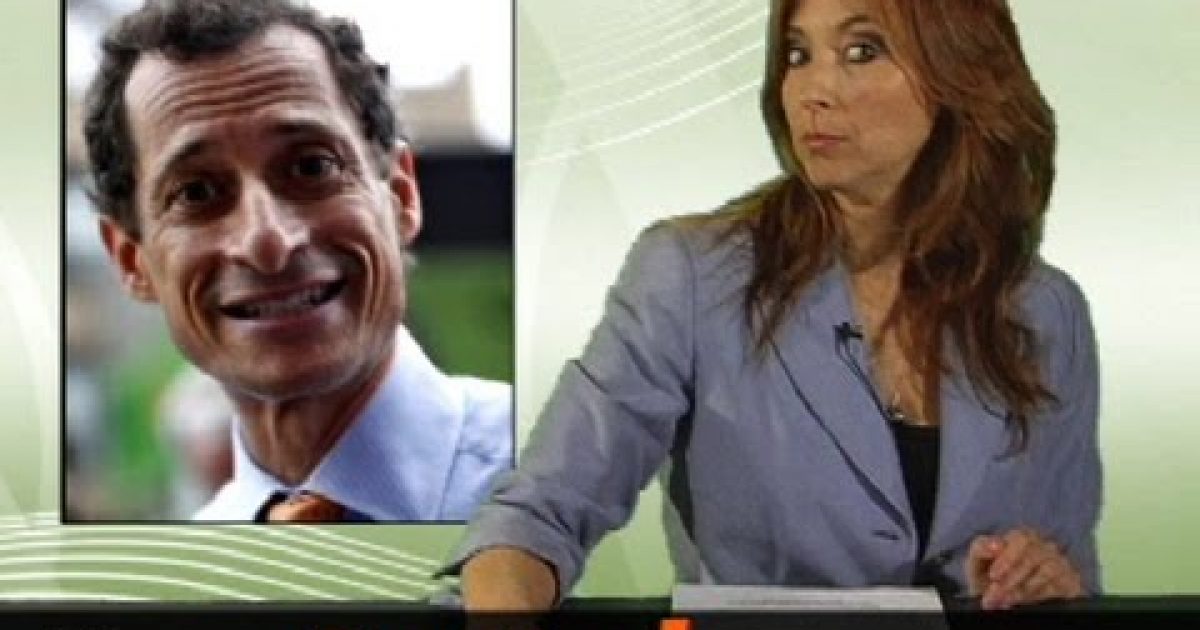 It was less than a month ago that Bradley Manning was convicted of giving US secrets to Wikileaks and was sentenced to sentenced to 35 years in prison and given a dishonorable discharge by the US Army. Manning followed up that news with his plans to begin hormone therapy and eventually go through gender reassignment surgery. With that announcement  Bradley Edward Manning became Chelsea Elizabeth Manning. In an exclusive report by Newsbusted anchor Jodie Miller (for detaisl see video below) we learn that as soon as the announcement was made, and pictures of the female Manning were published in newspapers, Chelsea began to receive “sexting” photos from former congressman Anthony Weiner.

Other news items covered in the latest installment of Newsbusted the weekly faux news feature from Newsbusters.org (embedded below) include; a look at al Jazeera America’s positioning strategy; is Tim Tebow about to be indicted?;  Paul Bunyan to sell Obamacare;  and much, much, more.

Please make sure you watch the video below because something bad always happens to the people who don’t. Last week Syrian strongman Bashar al-Assad forgot to press play and now, well lets just say he is in a heap-load of trouble. So if you don’t want the US Navy on your doorstep, you better press play.