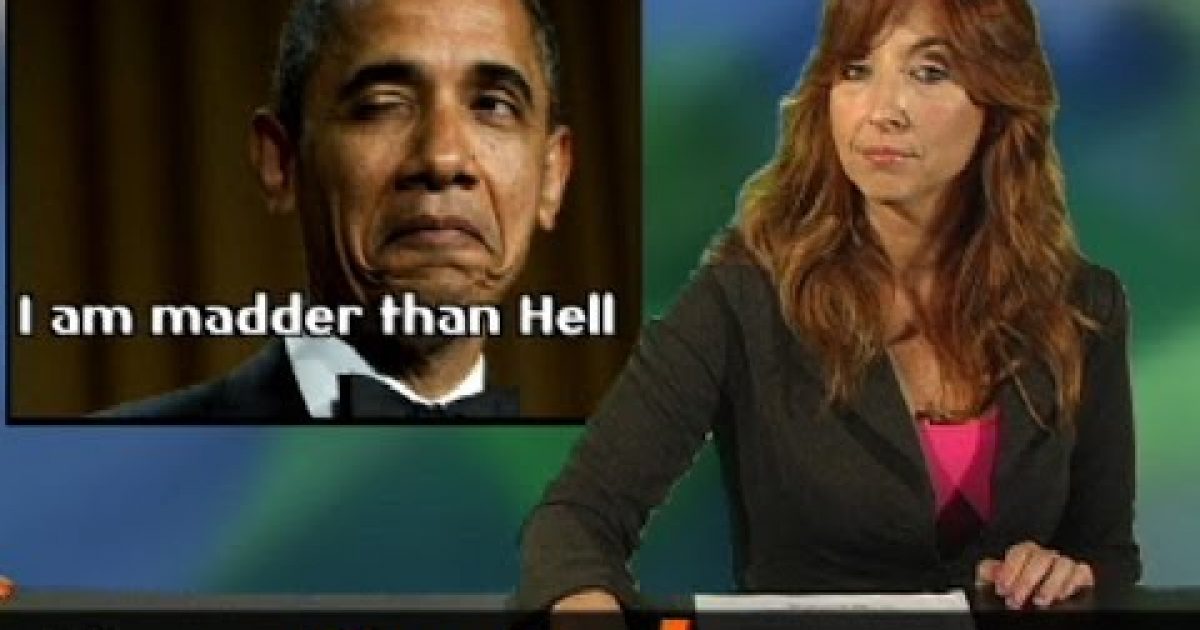 Recently rapper Macklemore appeared on stage wearing a fake nose and beard which made him appear like the stereotypical anti-Semitic Jewish character. Although the Rapper said stereo-type look was not intended (he said he bought the first nose, beard and wig he could find at a thrift store) the image stuck in people’s mind as bigotry. There is good news for the rapper arising from the incident. According to Newsbusted Anchor Jodie Miller (see video below), because of that costume, Jew-Hater and MSNBC anchor Al Sharpton has named Macklemore his “Artist of the Year.”

Other news items covered in the latest installment of Newsbusted the twice- weekly faux news feature from Newsbusters.org (embedded below) include; Prince Charles gets reprimanded for comparing Putin to Hitler; Rep. Garcia explains his ear wax fetish; Jay Rockefeller’s charges of racism ; and much, much, more.

Please make sure you watch the video below because something bad always happens to the people who don’t. Last week Cycle co-host Toure’ forgot to press play and he got branded a bigger anti-Semite than Sharpton. So if you don’t want to be called a Jew-hater, you better press play.