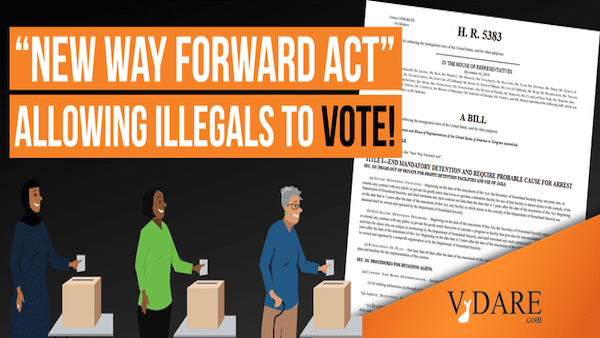 According to its supporters, the “New Way Forward Act” would “decriminalize migration” by turning illegal entry into a civil offense, rather than a federal crime. Criminal offenses are violations of criminal law and are generally punishable by imprisonment. Civil offenses are violations of administrative rules and are usually punishable only by fine or injunction against certain behavior. Current law treats illegal entry as misdemeanor crime and illegal re-entry after the deportation of a felony. The new law would punish these offenses only with “Notices to Appear” in court and unspecified fines. Offenders would no longer be subject to jail.

The proposed law would make detaining and deporting criminal aliens almost impossible. Under current law, non-citizens charged with an aggravated felony (murder, rape, sexual abuse of a minor, etc.) or terrorist offenses receive mandatory detention, with deportation after a determination of guilt and a term of imprisonment. The proposed law eliminates mandatory detention in these cases. The accused would have a right to a probable cause hearing within 48 hours of an arrest. A bond hearing would follow within 72 hours if probable cause was established. The accused alien could abscond at any point. Already, over one-third of aliens facing deportation abscond before their proceedings are completed. The new law would undoubtedly increase that figure.

The bill would also narrow the definition of an automatically deportable “aggravated felony” to crimes that resulted in a prison sentence of five years or more. Convicted rapists and child molesters, for example – who are now deported after a sentence of any length – would no longer be subject to deportation if they were sentenced to less than five years in prison.

The proposed law gives immigration judges greater discretion to grant relief to deportable aliens “in pursuit of humanitarian purposes, to assure family unity, or when it is otherwise in the public interest.” This means a judge could allow a convicted murderer to stay in the U.S. if the alien persuaded him that deportation would disrupt his family. 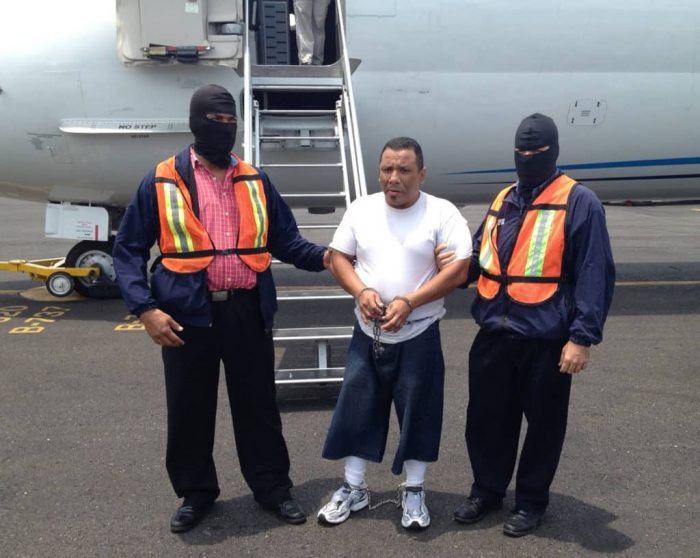 ICE officers escort a criminal off the plane that returned him to El Salvador. (Credit Image: © Michael Johnson / Planet Pix via ZUMA Wire)

These complexities would increase the burden on immigration courts already dealing with a massive backlog of more than one million cases. The average case waits in the immigration court for over two years. The system would probably collapse under the weight of these changes.

The Act would bar state and local police from “carrying out federal immigration law functions,” and eliminate the 287g federal program that helps local police who want to cooperate with ICE. It would repeal federal laws that require state and local police to share information with ICE and comply with immigration detainers on criminal aliens, that is to say, requests from ICE to local police to hold on to a non-citizen who may have served his time but that ICE believes is subject to deportation. The bill’s authors claim this will “promote public safety,” but don’t explain how. Their idea of public safety seems to be keeping criminal aliens safe from deportation.

The Act would implement a new “statute of limitations for removal,” so the government couldn’t start removal proceedings more than five years after a crime — any crime — was committed.

The Act would grant aliens who were deported under the old laws a “right to come home” if they “would not have been considered inadmissible, excludable, or deportable” if the new regulations had been in effect. These aliens would get free travel to the U.S. on the taxpayers’ dime and get a new trial because the first trial, conducted under the old rules, would be thrown out as invalid. Retrying cases that have already been adjudicated would be a terrific burden on the system, and it would be harder to get convictions. The longer a trial is delayed, the harder it gets to find witnesses, their memories fade, evidence may be lost, and it gets much harder to prove guilt beyond a reasonable doubt.

The Act would also “phase out” the use of for-profit detention centers and county jails for holding illegals. Thus, already overcrowded federal facilities would shoulder the burden, which would almost certainly mean that more aliens would be released.

The Act would cripple immigration law enforcement — and that’s the point. According to the bill’s authors, the laws making illegal entry a federal crime were “born from white supremacist ideology and politics” and have been “weaponized to demonize immigrants and tear families apart.”

A press release issued by Illinois Rep. Jesus “Chuy” Garcia and Massachusetts Rep. Ayanna Pressley criticized “unjust, anti-immigrant laws including racialized laws dating back to the 1920s criminalizing migration” and “1996 laws that entangle our civil immigration system with our broken criminal legal system.” They’ve led to “overly harsh punishments” and “racial animus in both our immigration and criminal legal systems.” 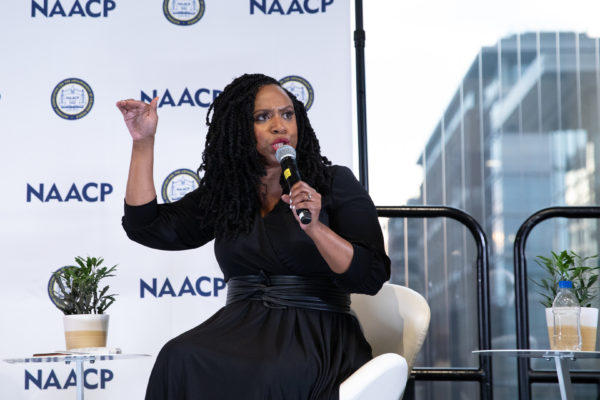 “Imagine living with the constant fear of being detained anywhere and deported at any time simply because you fled violence and sought refuge in the U.S.,” said Rep. Garcia. “We must end the labels of the ‘good’ versus ‘bad’ immigrant used to dehumanize and divide communities. An attack on one community is an affront to us all.”

Rep. Pressley says she supports the bill, in part, to advance “racial justice.”

Rep. Jayapal says she is proud to co-lead the effort “as one of 14 naturalized citizens in Congress.” It will help her fellow “New Americans” “make their own American dream a reality and contribute meaningfully to their communities without fear.”

This bill is openly framed in terms of racial resentment. If it became law, illegals would have almost no fear of deportation; they would be kicked out only for the most horrible crimes — and only if a judge said they had to go.

Under current law, an illegal alien is a criminal who is subject — theoretically at any time — to deportation. This bill turns current thinking on its head: Border-hoppers are presumed to have the right to stay forever. Only the most severe crimes would ever justify deporting a non-citizen, and a judge could always rule that deportation was  a “hardship.” This bill clearly shows what left-Democrats think about the United States: It’s up for grabs to anyone who can sneak in.