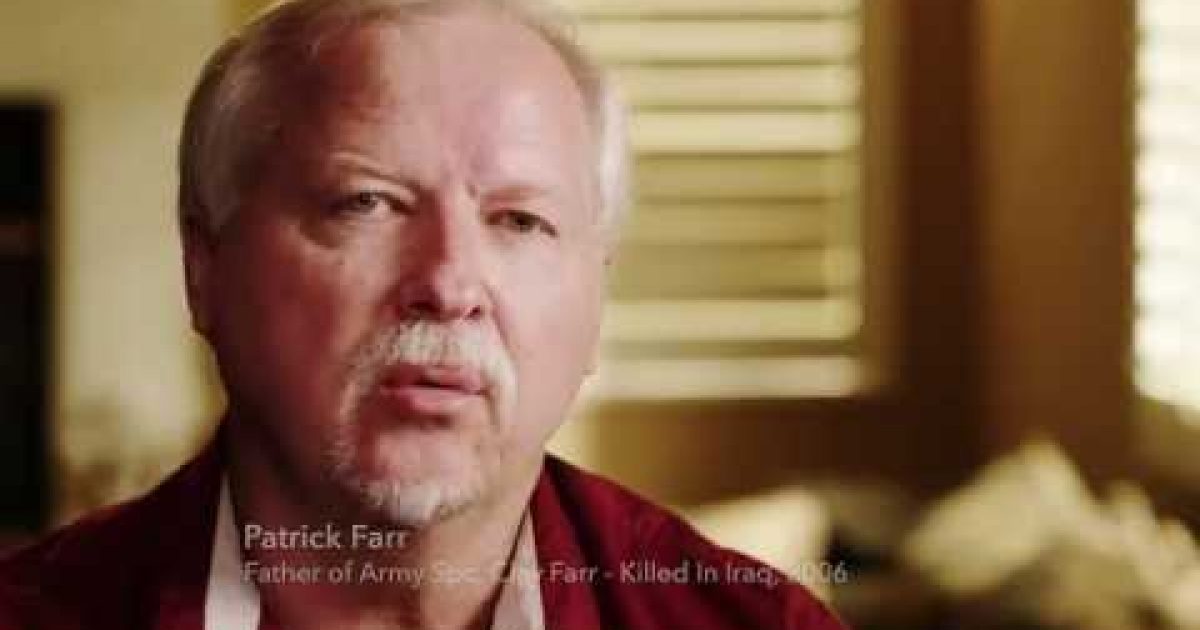 Facebook Twitter Flipboard
The Iranian regime murdered and maimed thousands of Americans. The Iran deal gives the Ayatollahs billions of dollars for more terror and violence. Congress must reject this dangerous deal. Clay Farr was killed in an Iranian bombing. His father is afraid that the Iran deal, which lifts sanctions on and gives billions of dollars to Iran, will mean more Iranian terror and killing.

“He loved defending his country. He was very patriotic,” his father Patrick Farr told The Bakersfield Californian. “When the war first started, he was in high school. If I would have let him enlist at that age, and the Army would have taken him, he would have gone right then.”

Farr graduated in 2003 from Centennial High School in Bakersfield. Although he will be buried at Arlington National Cemetery, a casket of mementos will be buried next to his fiancee.

“He would not have been happy doing something behind the lines. He’s the type that wanted to be right out in the action,” his mother Carrol Alderete told the newspaper.

May Clay Farr rest in peace, he died a hero.