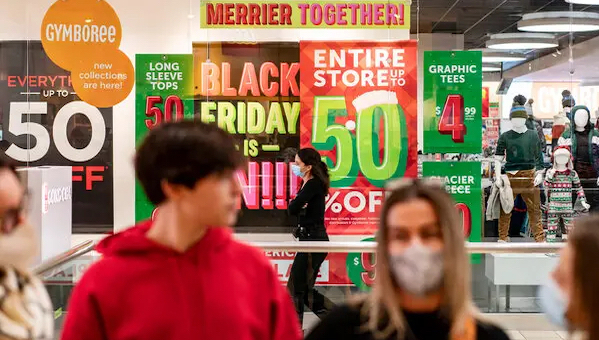 With the US economy’s most vital yearly period beginning to peek over the horizon, all eyes are affixed to a number of critical fiscal indicators that could tell us if we’ve somehow avoided a disastrous end to this already-troubled year.

Inflation was a key part of this concern, as the White House simply refused to take any meaningful action to alleviate the trouble for ordinary Americans.

The US government released its latest inflationary data just days ago, however, and suggested that the current slowing of the phenomenon could be a great sign for the economy.  The news was doubly noteworthy because it also appeared that this information somehow made it to Wall Street before it made it to the American people, but the White House simply brushed those concerns off.

However, another key fiscal indicator has arrived, throwing cold water on the allegedly-great inflation news.

The Commerce Department said retail sales fell by a sharp 0.6 percent in November, following a surge of 1.3 percent in October. The numbers are seasonally adjusted but not adjusted for price changes. On Tuesday, the Department of Labor said consumer prices were up 0.1 percent for the month.

Economists had expected a milder decline of 0.2 percent. In addition to economic anxiety, November sales may have been held back by a shift in shopping to earlier in the fall months that occurred during the pandemic and appears to be persisting in the post-pandemic era.

Inflation seemed to still be at the root of it all.

Inflation is changing shopping habits, forcing consumers to spend more on staples and less on discretionary purchases. Sales at grocery stores rose 0.8 percent, likely driven by the 0.5 percent rise in food prices recorded in the consumer price index. Sales at restaurants and bars were up 0.9 percent.

Sales fell by a sharp 2.6 percent at furniture stores and 1.5 percent at electronics and appliance stores. Sales at home improvement stores and garden centers were off by 2.5 percent.

If consumer spending remains in decline throughout the Christmas holiday season, it could provide a muted economic start to 2023 and further stall the economic recovery of the post-pandemic era.