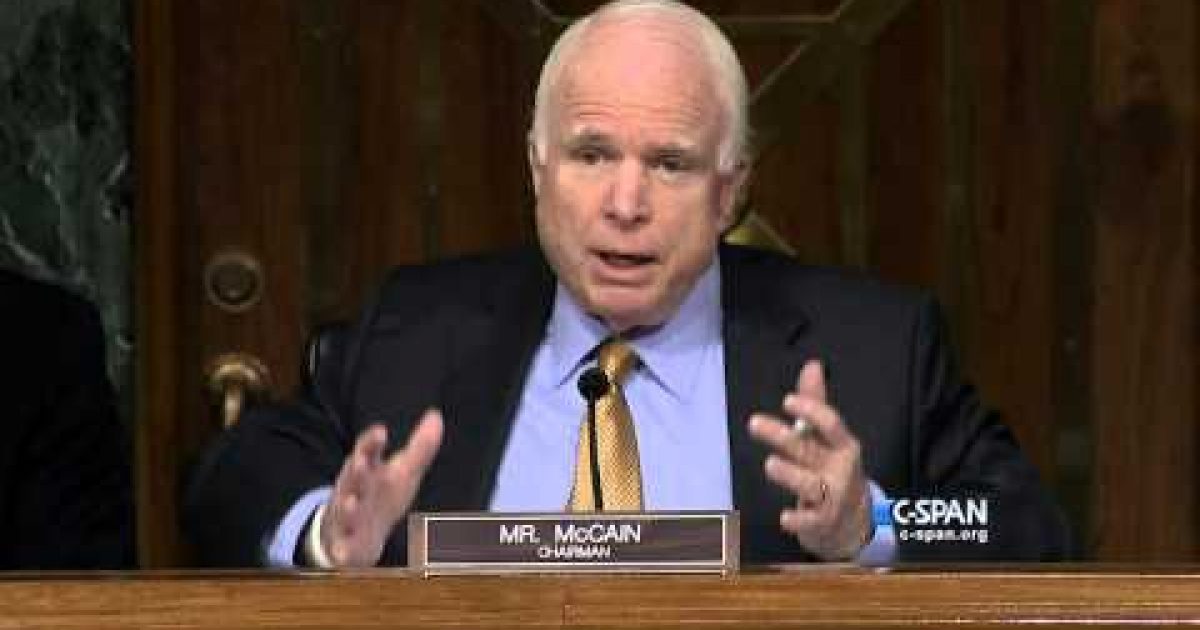 Apparently the rule at CENTCOM (U.S. military’s Central Command) is if you have nothing nice to say, change your report. According to The Daily Beast, Central Command demanded significant alterations to analysts’ reports questioning whether airstrikes against ISIS were having any effect on the terrorist’s finances and/or ability to strike militarily.

Positive reports are approved without change, but critical reports are returned to the analysts with orders to “write new versions that included more footnotes and details to support their assessments, according to two officials familiar with a complaint levied by more than 50 analysts about intelligence manipulation by CENTCOM higher-ups”

In some cases, analysts also were urged to state that killing particular ISIS leaders and key officials would diminish the group and lead to its collapse. Many analysts, however, didn’t believe that simply taking out top ISIS leaders would have an enduring effect on overall operations.

“There was the reality on the ground but it was not as rosy as [the leadership] wanted it to be,” a defense official familiar with the complaint told The Daily Beast. “The challenge was assessing whether the glass was half empty, not half full.”

Some analysts have also complained that they felt “bullied” into reaching conclusions favored by their bosses, two separate sources familiar with analysts’ complaints said. The written and verbal pressure created a climate at CENTCOM in which analysts felt they had to self-censor some of their reports.

Some of the analysts have also accused their bosses of changing the reports in order to appeal to what they perceived as the Obama administration’s official line that the anti-ISIS campaign was making progress and would eventually end with the group’s destruction.

Lawmakers and even presidential candidates seizedon the allegations of politicizing intelligence as the White House tried to distance itself from the very strategy it has been pursuing.

Army Gen. Lloyd Austin came under withering bipartisan criticism on Wednesday when he testified before the Senate Armed Services Committee that after spending at least $43 million over a 10-month period, the U.S. had trained only nine fighters to confront ISIS in Syria.

Senators were dumbfounded that the nearly year-long effort had produced such paltry results, calling it “a joke” and “an abject failure.”

In the video below one can see Sen. John McCain, calling Austin’s testimony “grossly distorted” and accused the general was attempting to convince senators the military was doing better against ISIS than it really was.

Asked whether he had ever ordered changes to intelligence reports, Austin replied, “Absolutely not.

At the same time the White House is already blaming congress for the failure of his ISIS effort, as reported in the NY Times

At briefings this week after the disclosure of the paltry results, Josh Earnest, the White House press secretary, repeatedly noted that Mr. Obama always had been a skeptic of training Syrian rebels. The military was correct in concluding that “this was a more difficult endeavor than we assumed and that we need to make some changes to that program,” Mr. Earnest said. “But I think it’s also time for our critics to ‘fess up in this regard as well. They were wrong.”

In effect, Mr. Obama is arguing that he reluctantly went along with those who said it was the way to combat the Islamic State, but that he never wanted to do it and has now has been vindicated in his original judgment. The I-told-you-so argument, of course, assumes that the idea of training rebels itself was flawed and not that it was started too late and executed ineffectively, as critics maintain.

Making things worse, the president wasn’t getting accurate information about our ISIS efforts in Syria.

“There was the reality on the ground but it was not as rosy as [the leadership] wanted it to be. The challenge was assessing whether the glass was half empty, not half full.”

Meanwhile, Pentagon investigators are examining the back-and-forth between the intelligence bosses at CENTCOM and the analysts, which created a paper trail. Favorable reports had fewer comments written on them, and requests that were more critical showed heavy questioning, the two officials said.

The altering of intelligence led to reports that overstated the damage that U.S. strikes had on specific ISIS targets. For instance, strikes on oil refineries and equipment were said to have done more damage to the group’s financing of operations through illicit oil sales than the analysts believed. Also, strikes on military equipment were said to have set back the group’s ability to wage combat operations, when the analysts believed that wasn’t always the case.

The CENTCOM supervisors “did not like the reports on the impact [of the airstrikes] because they didn’t believe it,” one military adviser familiar with CENTCOM operations told The Daily Beast.

One of the most important “must haves” for any manager is accurate information.  The people in the field must feel confident enough to share what is really going on even if the news is bad, it is the only way for the leader to make a rational decision.Despite being hands-on President Obama has never shown anything better than a naive understanding of what our military needs, compounding the problem according to The Daily Beast is the president is not getting accurate information from the front lines.

GAIN OF FUNCTION: Fauci, Paul Clash In Hearings Again … Who Won This Round? (VIDEO)
May 12th, 2021 Clash Daily