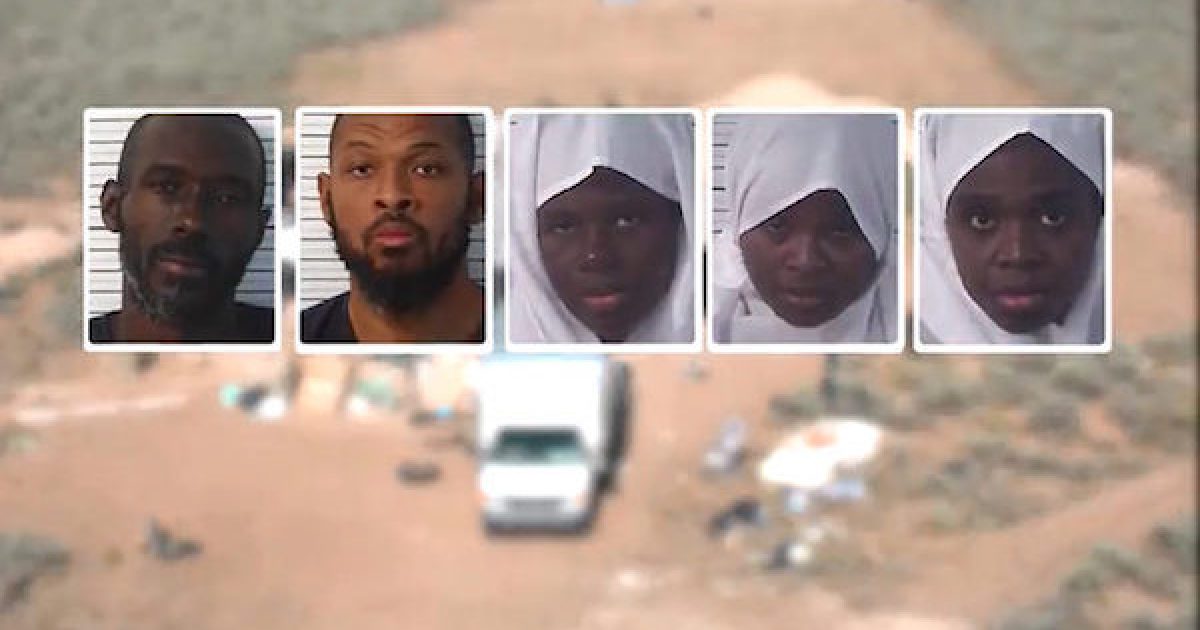 Three out of the five Muslim extremist suspects tied to a New Mexico compound where alleged Muslim extremists reportedly trained children to be school shooters were released from custody on Wednesday, hours after a judge dismissed all of the charges against them, based on a technicality.

According to Fox News prosecutors could still seek charges for the three by asking a grand jury to indict them but offered no immediate indication on how they would proceed.

Muslim Siraj Ibn Wahhaj was arrested earlier this month at a terrorist compound in New Mexico. Wahhaj was training children to commit mass shootings at US schools.

Siraj ibn Wahhaj is the son of a Brooklyn imam who was named as a possible co-conspirator in the 1993 World Trade Center bombing.

The FBI refused to act. Instead, the FBI told a neighbor to wear a hidden camera and risk his life by approaching an armed Islamist extremist compound.

In making her decision to release the extremists, Judge Backus accused prosecutors of ‘anti-Muslim bias’ against the Islamic terror camp organizers.

Then we find out the Islamists were also plotting a massacre at an Atlanta hospital.

On Wednesday, a judge dismissed 11 counts of child abuse charges against 3 out of the 5 Islamic defendants because the state violated 10 day rule for the preliminary hearing.

Kob4 reported: District Judge Emilio Chavez made the decision just after noon Wednesday in regards to Lucas Morten, Hujrah Wahhaj, and Subhannah Wahhaj saying the prosecution failed to indict them within ten days of their first appearance in court.

Judge Chavez noted that the state can re-file charges based on new information at a later date.

Not only were the defendants training the young children to shoot up schools, the children were living in dire conditions.

The 11 children found on the compound were malnourished and dirty.

One of the defendants, Wahhaj, was accused of kidnapping his 3-year-old son from Georgia; the little boy’s remains were later found on the compound.

This is unbelievable! So sad that the state messed up. How can anyone feel comfortable that justice is being served by our legal system? This is a clear indication that we have lost our way and can no longer enforce, uphold the basic common sense concepts of fairness.

Much of this post was first seen, Eagle Rising