New IOC President Has The Anti-Terrorism Guts His Predecessor Lacked 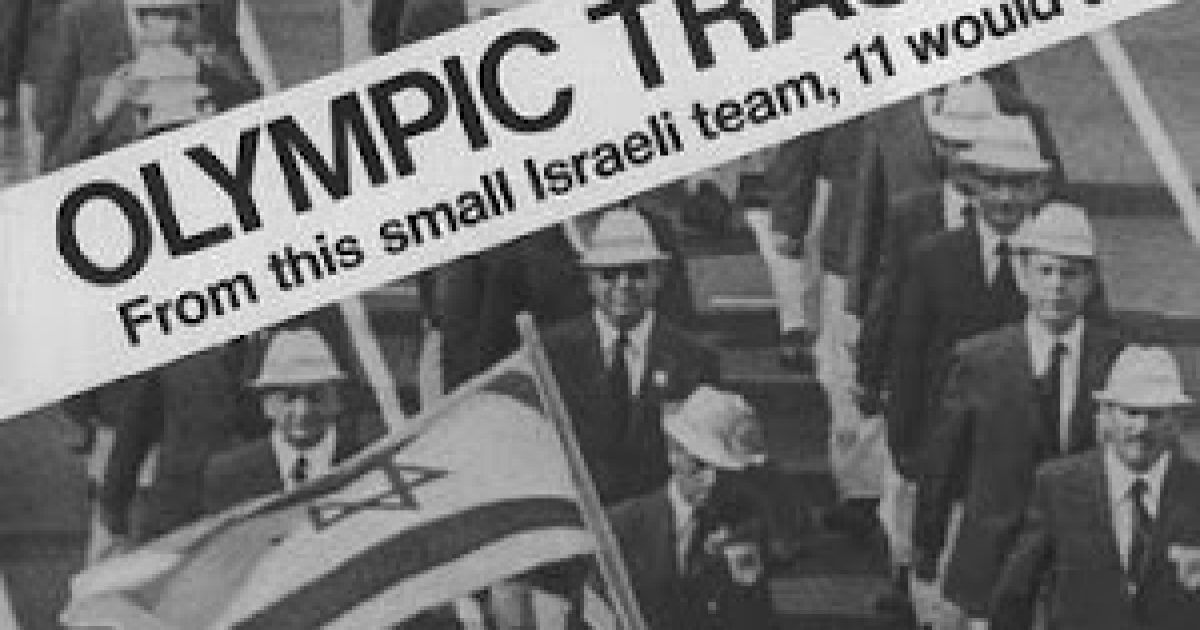 Israeli, Brazilian and Olympic officials will be attending a memorial ceremony Sunday evening for the 11 Israeli athletes and coaches slain by Palestinian terrorists at the 1972 Munich Olympics (pictured above). The commemoration at Rio De Janeiro city hall will be attended by family members of the Israeli victims and Olympic officials from Israel and Brazil. Culture and Sports Minister Miri Regev and Israel’s new consul general to San Paulo, Dori Goren, will represent the Israeli government at the event.

Almost two weeks earlier on August 3rd led by its president Thomas Bach,the OIC held a memorial service,  moment of silence, and dedicated a monument to the massacred Israelis. His predecessor Jacques Rogge was too frightened to have even a moment of silence.

The 2012 London Games represented the 40th anniversary of that horrible massacre in Munich. Throughout the world (except for the Arab Nations of course) there were calls for a moment of silence to remember the slaughtered eleven athletes, but to no avail, Rogge was a coward who didn’t do the right thing because he was afraid to upset the Arab/Muslim states.

The organisation [International Olympic Committee or IOC] and its president Jacques Rogge have been subject to intense criticism from across the international community for its continued refusal to honour the 11 Israel Olympians murdered at the 1972 Munich Games with a minute’s silence to mark the 40th anniversary of the killings, in what has been presented as a “humanitarian” gesture.

Munich widow Ankie Spitzer spearheaded the campaign by launching an online protest, which has since garnered support from across political spectrums in several countries including Israel, Canada, the UK, Australia, the US, Belgium and Germany.

According to Mrs. Spitzer, when she met with IOC president in person, Rogge protested his inability to act saying his hands were tied by admission of 46 Arab and Muslim members to the IOC. “No,” Spitzer she responded, “my husband’s hands were tied, not yours.”

In 1972 when the massacre took place, the IOC refused to delay or cancel the games to recognize the murder of the eleven Israeli athletes. Forty years later, the International Olympic Committee reconfirmed its message to the world, Jewish blood doesn’t matter –we will not do what’s right because we are afraid of upsetting anti-Semites in the Muslim world.

Along with the ceremony Sunday evening, on 8/3 the IOC unveiled a memorial to those eleven athletes in the Olympic village:

The memorial consists of two stones from Ancient Olympia in Greece includes the inscription reading “We will always remember you forever in our hearts.”

At the ceremony Bach, his voice cracking with emotion, read out of the names of each of the 11 Israelis and the German policeman who died after a raid by Palestinian terrorists in the athletes’ village in Munich, the worst terror attack in Olympic history.

With two widows of the victims and several current Israeli team members looking on, Bach said the Munich massacre “was an attack not only on our fellow Olympians but also an assault on the values that the Olympic Village stands for.”

Bach led a minute of silence during the inauguration of a “place of mourning” in the athletes’ village in Rio de Janeiro. He hugged Ankie Spitzer and Ilana Romano, the widows of fencing coach Andre Spitzer and weightlifter Yossef Romano.

Almost 44 years ago, Yassir Arafat sent five Palestinian Terrorists into an Olympic Village dedicated to peace and international cooperation. Their successful mission was to shock the world by kidnapping and killing the Israeli Olympic team. This was the first terrorist tragedy played out live and worldwide on TV. Those old enough to have seen it live still remember the picture of the Ski-masked terrorist on the balcony.

Eleven innocents died. And the terrorist’s won. Sure Golda Meir sent out a hit squad and killed most of the murderers behind the attack. But that was followed up by a world-wide effort to legitimize the terrorist Arafat which directly lead to the Oslo Accords and the second intifada.

They say that those who forget the past are doomed to repeat it. That is an apt description of the most of the governments of the western world, with the exception of the ceremonies in Rio this week, the western world has returned to appeasing terrorists as if nothing ever happened at the ’72 Olympics, or on 9/11/01, or San Bernardino, or Orlando….

The mastermind of the Munich attack Abu Daoud, claims Palestinian President Mahmoud Abbas provided the funds to carry out the Black September attack. Yes, the same Mahmoud Abbas who is considered a “moderate” terrorist. Daoud made that charge in his 1999 French language memoir, “Palestine: From Jerusalem to Munich,” and again in an interview a few years ago with Don Yaeger of Sports Illustrated magazine.

Israel may have said no to the ceremony, but who knows if President Clinton would have done the right thing, after all his wife Hillary is not a fan of the Jewish State.

Thankfully, after 44 years the IOC president Thomas Bach has the guts to do the right thing.

The video below contains the memories of Jim McCay, who was the lead ABC sports reporter for the 1972 Olympics, and who was thrust from a sports role to reporting on a massacre.