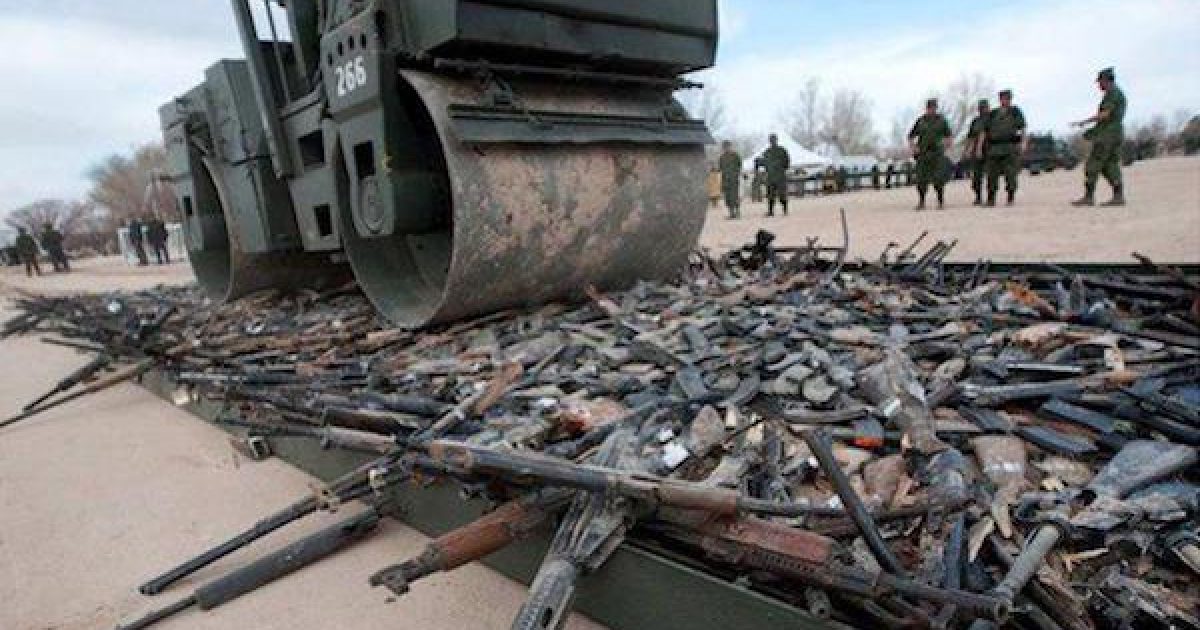 Illinois has passed a controversial and strict new set of anti-gun laws that now sits on the governor’s desk and one of its provisions requires that all citizens under 21 will not only lose their right to bear arms, but that they will have to turn in their guns, sell them or transfer them to someone else, or, barring that, have them removed from their possession. And liberals always say that no one is going to take away your guns, right?

Well, once again we see that all liberals lie.

At the end of February, the Illinois House of Representatives passed House Bill 1465, a law that would ban the ownership of “assault weapons” and “high capacity” magazines for anyone under 21 years of age.

HB 1465 was sponsored by Chicago area Rep. Michelle Mussman (D-Schaumburg) and passed by a vote of 64-51 on February 28.

It next went to the Illinois Senate where it added seven co-sponsors including Sen. Jim Oberweis (R-Sugar Grove), whom the NRA had previously given an “A” rating. If this doesn’t show that in Illinois there is no difference between a Democrat and a Republican, what does?

The bill shocked many, though, because one of its provisions stated that citizens under 21 (are they really citizens after this?) had only ninety days to “transfer” ownership of the firearms and magazines they would until then have owned legally or be considered a criminal.

Now, the original sponsor of the bill, Democrat Mussman, hastened to insist that the state wouldn’t be sending cops to kids’ houses to confiscate their guns. She claimed that no confiscation is in the plans but noted that if someone under 21 is caught with such a newly banned gun will be charged with a misdemeanor.

But, this is an example of the camel’s nose under the tent if there ever was. If the cops don’t get anyone to follow the new law, then the only recourse is to strengthen the law to force confiscation of such guns. It is only the next logical step and since laws always grow, never shrink, this is bound to happen eventually. The stage has already been set for it.

Liberals say that they aren’t out to confiscate your guns. But we already have several states doing so right now. Connecticut, New York, and California all have varying degrees of laws where guns are right now being confiscated because of new rules.

This new “under 21” nonsense is only the latest example of the creeping destruction of our Second Amendment rights. And, in fact, it’s all based on misconceptions and outright lies.

First of all, keeping guns out of the hands of people under 21 will have little effect on mass shootings. Thus far the average age of mass shooters is 33. They have not been hotheaded, immature teenagers. Most have been in their 20s and early 30s with a few in their 50s and 60s.

Further, the age restriction makes no sense on a variety of levels. Are we as a society saying that 18-year-olds are stable, mature, and smart enough to vote, drive, live on their own, work, own property, enter into certain contracts, AND go into the military to fight our wars… but are too untrustworthy and immature to be allowed to exercise their God-given right to self-protection?

How does that even make sense?

But this age 21 business also causes a problem for young hunters. NRA spokeswoman Jennifer Baker said in a statement published by The Hill newspaper that this all makes for bad law.

“Passing a law that makes it illegal for a 20-year-old to purchase a shotgun for hunting or adult single mother from purchasing the most effective self-defense rifle on the market punishes law-abiding citizens for the evil acts of criminals,” she said.

The paper went on:

Any law that requires an individual to be 21 or older to buy a firearm “effectively prohibits” adults aged 18-20 from buying a firearm “deprives them of their constitutional right to self-protection.”…

The bill that will now head to the Illinois Senate, HB 1465,

Republican gubernatorial candidate Jeanne Ives voted no on the measure, and expressed her concern about the issue earlier this week when Illinois Review asked her about raising the age buying a gun to age 21.

“What other rights are we going to raise to age 21?” Ives answered. “The age is arbitrary. The average age of a mass shooter is somewhere in the 30s.”

But this is all of a piece for the left. Their goal is not “safety” but full control of the populace. After all, an armed populace cannot be controlled.

Along with chipping away at the laws stating just who can and who cannot own a firearm and continually enlarging the list of those who cannot, the left is also waging a war for the mind to create an atmosphere against firearms. The left is attempting to make guns just as abhorrent to civil society as smoking or Christianity.

The left wants to make it so that society as a whole hates guns and are appalled by them at a visceral level. The left wants Americans to view gun owners as horrible, disgusting, hateful people. They want gun owners to be “othered.” And, using the “Rules for Radicals” playbook they are using the tactic of projection to create that feeling of hatred.

For instance, this month the criminal, domestic terror outfit Black Lives Matter came out to portray the National Rifle Association as a “terrorist organization.”

If ANY movement in American history is a domestic terror organization, it is Black Lives Matter. BLM has shut down cities, has caused billions of dollars in property damage, and breaks laws everywhere it operates. Yet, BLM has the temerity to call the NRA a “terrorist” group?

But this is how the left works. They are the terrorists, they are anti-American, they are lawbreakers, they are dangerous, yet there they stand pointing the finger at their opponents. And with a national media establishment working in their favor, their message of hate reaches every American, every man woman, and child. And they operate under the maxim that if you tell the lie long enough and loudly enough it will eventually become “fact.”

This is what we face, America. Don’t let them win. Fight these lying liberals with every inch of your being.