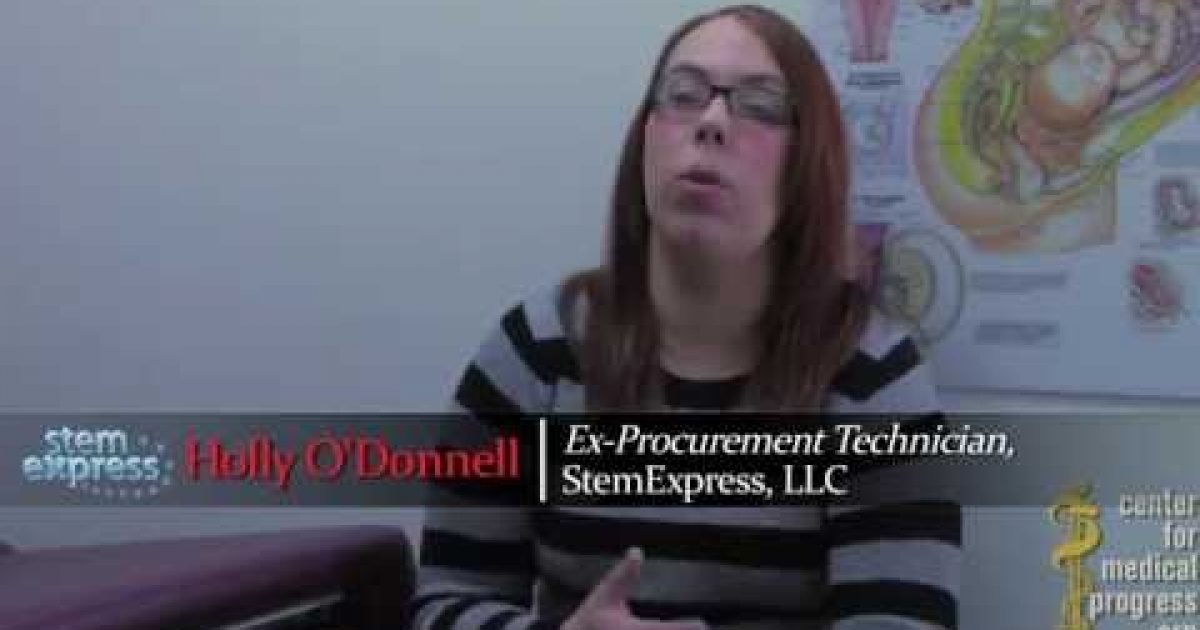 The latest Center For Medical Progress video (embedded below) on the Issue of consent. Holly O’Donnell, a former StemExpress procurement technician, discusses the process of abortions at Planned Parenthood and how patients are treated awfully. Some even are cajoled into having abortion. The biggest and most damaging revelation is that  O’Donnell says she has witnessed clinics not getting consent before harvesting blood and organs, despite the organization’s insistence that women are fully informed before procuring human organs and tissues from their abortions:

“It’s not an option, it’s a demand,” StemExpress supervisors instructed O’Donnell about approaching pregnant women at Planned Parenthood for fetal tissue “donations.” O’Donnell says the StemExpress techs working in Planned Parenthood clinics sometimes harvested fetal parts without obtaining consent from the patients: “If there was a higher gestation, and the technicians needed it, there were times when they would just take what they wanted. And these mothers don’t know. And there’s no way they would know.”

Federal laws on the procurement and use of human fetal tissue require that patients consent to the tissue donation subsequent to consenting to the abortion procedure (42 U.S.C. 289g-1).

According to O’Donnell, Planned Parenthood gave StemExpress workers access to patient records and schedules so that the harvesting company could plan for the days when patient “supply” would be greatest. “They give you a sheet, and it’s everybody for that day, who’s coming in for an ultrasound, who’s coming in for an abortion, medical or a late-term abortion,” O’Donnell explains. Even patients just seeking a pregnancy test at Planned Parenthood were considered part of the supply: “Pregnancy tests are potential pregnancies, therefore potential specimens. So it’s just taking advantage of the opportunities.”

Project Lead David Daleiden notes, “Experiences like Holly O’Donnell’s show that Planned Parenthood’s abortion and baby parts business is not a safe place where vulnerable women can be cared for, but a harvesting ground for saleable human ‘product.’ Taxpayer subsidies to Planned Parenthood’s barbaric abortion business should be revoked immediately, and law enforcement and other elected officials must act decisively to determine the full extent of Planned Parenthood’s offensive practices and hold them accountable to the law.”

Are we ready to cut off funds to this inhuman organization yet?