NEW BENGHAZI TESTIMONY: Retired Africom General Says ‘Early On We Knew It Was No Demonstration’ 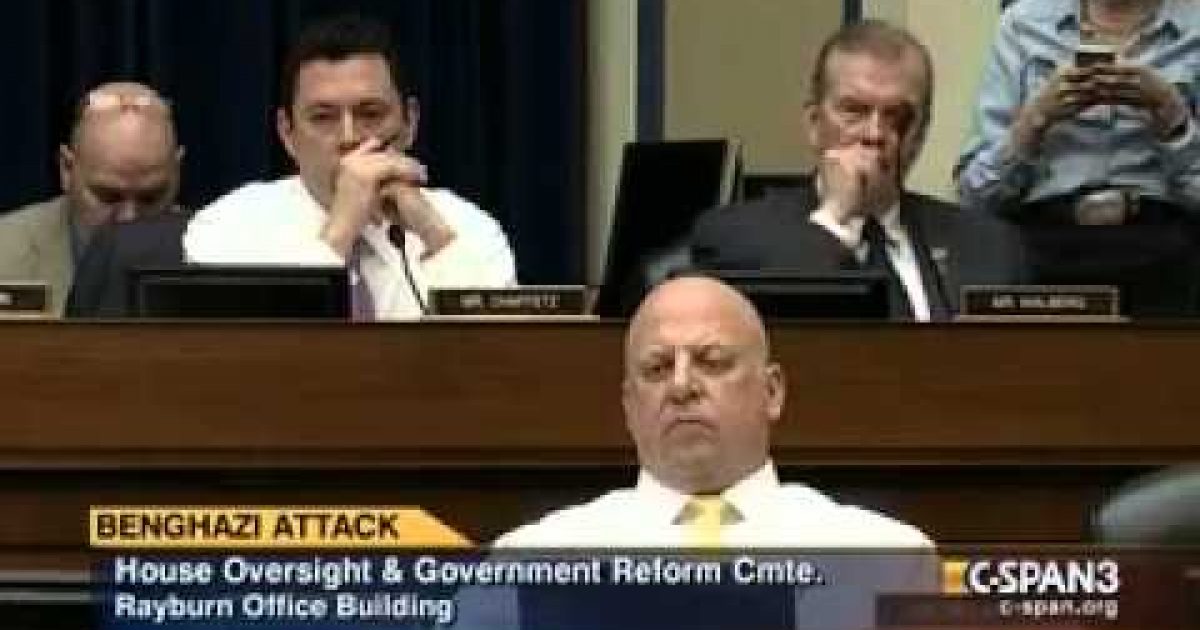 Nor did we completely understand what we had in front of us, be it kidnapping, rescue, recovery, protracted hostile engagement, or any or all the above. But, what we did know quite early on was that this was a hostile action. This was not demonstration gone terrible awry. To the point of what happened, the facts led to the conclusion of a terrorist attack. The Africom J2 was focused on attribution. The attacks became attributable very soon after the event.

General Lovell also criticized the fact that there was no rescue operation during the attack:

The General was on duty at AFRICOM headquarters in Germany during the Sept. 11, 2012 attack that killed four Americans.The AFRICOM command is responsible for region that includes Libya.

General Lovell joins Gregory Hicks, General Ham and others who testified that the White House knew Benghazi was a terror attack from the first moments it heard about the attack.

Last May, Gregory Hicks, deputy chief of mission at the U.S. Embassy in Libya, testified before the House Oversight Committee that at 2 a.m. Tripoli time (8 p.m eastern time) on the evening of 9/11/12 he spoke with Secretary of State Hillary Clinton and her senior staff. Hicks told the committee that he briefed Clinton on what was happening on the ground in Benghazi and that during the course of his call no one mentioned the Mohammed Internet video. The ongoing attack was discussed as an act of terror.

Retired General Carter Ham who served as the second Commander of AFRICOM,  testified that minutes after the attack began he alerted Chairman of the Joint Chief’s, General Dempsey and Secretary of Defense Leon Panetta who were on their way to a previously scheduled meeting with the President.

“My first call was to General Dempsey, General Dempsey’s office, to say, ‘Hey, I am headed down the hall. I need to see him right away,'” Ham told lawmakers on the House Armed Services Subcommittee on Oversight and Investigation on June 26 of last year. “I told him what I knew. We immediately walked upstairs to meet with Secretary Panetta.”

During the hearing Rep. Brad Wenstrup (R-OH) a first-term lawmaker with experience as an Iraq war veteran and Army reserve officer, pressed General Ham on “the nature of the conversation” he had with Panetta and Dempsey was that “this was a terrorist attack.”

Wenstrup: And you would have advised as such if asked. Would that be correct?”

Ham: Well, and with General Dempsey and Secretary Panetta, that is the nature of the conversation we had, yes, sir.”

Leon Panetta’s testimony before the Senate Armed Services Committee in February 2013  corroborated General Ham’s testimony. Panetta told the Committee that it was he who informed the President “there was an apparent attack going on in Benghazi.” “Secretary Panetta, do you believe that unequivocally at that time we knew that this was a terrorist attack?” asked Sen. Jim Inhofe, R-Okla. “There was no question in my mind that this was a terrorist attack,” Panetta replied.

Further corroboration came in a then classified session on July 31 of last year, Rep. Westrup raised the question of what was the cause of the attack with Marine Corps Col. George Bristol, commander of AFRICOM’s Joint Special Operations Task Force for the Trans Sahara region.

Bristol, who was traveling in Dakar, Senegal when the attack occurred, said he received a call from the Joint Operations Center alerting him to “a considerable event unfolding in Libya.” Bristol’s next call was to Lt. Col. S.E. Gibson, an Army commander stationed in Tripoli. Gibson informed Bristol that Stevens was missing, and that “there was a fight going on” at the consulate compound.

Wenstrup: So no one from the military was ever advising, that you are aware of, that this was a demonstration gone out of control, it was always considered an attack.

Wenstrup: — on the United States?

Bristol:  Yes, sir. … We referred to it as the attack.

According to these senior military leaders, from the very beginning they knew the Benghazi attack was an act of terror, meaning that the President of the United States and the Secretary of State among others lied to the American people about this attack being the result of a demonstration.