Will Netflix’s ‘The Spy’ Make A Joke Of Israel’s Most Legendary Spy? 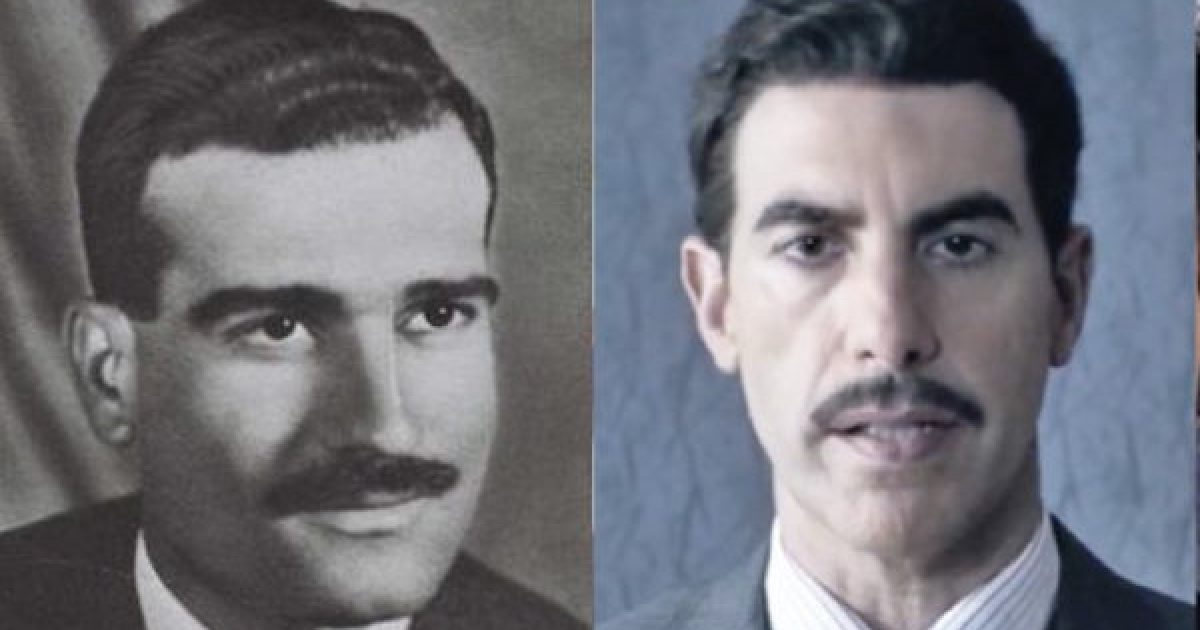 Netflix’s The Spy is a six-episode series about real-life Israeli Mossad hero Eli Cohen. The Spy stars Sacha Baron Cohen, most famous for his 2006 adult-oriented comedy movie Borat, as the legendary Mossad agent. Will Netflix make a joke out of Eli Cohen? We will know when The Spy debuts on September 6 but early reviews suggest that it is a serious and heartfelt drama of Eli Cohen’s life.

There can be no greater praise for Sacha Baron Cohen’s performance as the legendary Israeli intelligence agent Eli Cohen in the upcoming Netflix series The Spy than to say that after the first few minutes, I never thought about Borat once.

When Eli Cohen was publicly executed by the government of Syria on May 18, 1965, it was clear to Israelis and Syrians that he had succeeded in becoming a friend of the president of Syria, and had penetrated the innermost Syrian government circles. What was not yet known, however, was that he had gathered the intelligence that would later guarantee Israel’s victory over Syria in the six-day-war.

More than any other one man, Eli Cohen, an Egyptian-born Jew, earned the Mossad its reputation as one of the best intelligence services in the world and paved the way for Israel to win on the Golan front in the Six-Day War in June 1967. And all it took was Cohen’s genius and some trees.

Eli Cohen’s life story would have made a fascinating TV series, even if he had never gone undercover in Syria. He was deeply moved as a young man in Cairo by the 1944 trial of two members of the Stern Group (the LEHI), Eliahu Bet-Zouri and Eliahu Hakim. Hakim and Bet-Zouri were the assassins of the anti-Semitic British High Commissioner of the Middle East, Lord Moyne.

The young Cohen helped to organize demonstrations in support of Bet-Zouri and Hakim. The demonstrations proved fruitless. The men were sentenced to hang, but on the scaffold, they maintained their dignity and self-respect, and sang Israel’s national anthem, “Hatikvah.” It has been said that thoughts of Bet-Zouri and Hakim bolstered Cohen as he was led to be executed.

Later, Cohen was instrumental in establishing an “Underground Railroad” that smuggled Egyptian Jews to Israel. In the early 1950s, Cohen was recruited by the Mossad to participate in an espionage operation that spied on Nasser’s ex-Nazi scientists, who were attempting to build rockets; reportedly, Cohen also engaged in sabotage.

After the Mossad activities in Egypt were discovered and most members were rounded up, Cohen made aliyah in 1956. After a brief time adjusting to life in Israel and his service in the Israel Defense Forces, Cohen was approached to become an information analyst for the Mossad.

Eli Cohen’s mission in Syria was incredible. In fact, If the story of his spying in Syria weren’t true, it would be impossible to be believed. Cohen adopted the persona of a rich Arab merchant who had emigrated to Argentina and then returned to his  Syrian homeland, calling himself Kamal Amin Taabes. Under this cover, Cohen gained access to the most influential sectors of Damascus society and joined the revolutionary Arab Socialist Ba’ath Party.

Cohen became very active in the party, and friendly with its leaders. After a coup d’etat, the Ba’ath Party came to power — and remains in power until today. Among the men Cohen had befriended, many became officials in the new government and were high-ranking military officers — including the head of intelligence, Colonel Ahmad Suweidani, and Syrian President Amin al-Hafiz.

Cohen was among the only civilians to ever inspect Syrian installations on the Golan Heights. He was able to send photographs and sketches of the entire Syrian front-lines back to the Mossad. In one case, he was able to warn Israel of an impending attempt by Syrian commandos to cross the border.

In addition to his espionage work, Cohen was assigned to assassinate escaped Nazi war criminal Franz Rademacher, who was living in a Syrian colony of ex-Nazis. The 1962 attempt on Rademacher failed.

When Cohen was finally discovered, quite by accident when his radio equipment was detected by KGB agents, he was seriously considered to become either Minister of Defense or Assistant Foreign Minister.

After two lengthy trials, Eli Cohen was finally sentenced to death by hanging. Cohen was 40 years old and left a widow, three daughters, and a son. In his final letter to his wife, he wrote, “I beg of you not to waste time crying for me. Always think of the future.”

Cohen left advice for future leaders of Israel. He once said, “Against the Arab, you mustn’t defend yourself. You must attack…”

Eli Cohen’s advice was adhered to by the late Menachem Begin in 1981 when he was prime minister and ordered the Israeli Air Force to destroy the Iraqi nuclear plant at Osirak. The strike on Osirak established the Begin Doctrine, which unconditionally declared that the surprise raid was not a one-time thing, but, as Begin himself explained a June 15 interview on CBS’s Face the Nation “This attack will be a precedent for every future government in Israel. … Every future Israeli prime minister will act, in similar circumstances, in the same way.”

The doctrine could have just as easily been called the Eli Cohen Doctrine.

Let us hope that the doctrine is not ever forgotten.

For the full story of Eli Cohen’s mission to Syria and how he was responsible for Israel’s win against Syria in the Six-Day-War two years after he died, please read  Eli Cohen: The Israeli Spy Who Made Trump’s Golan Heights Announcement Possible